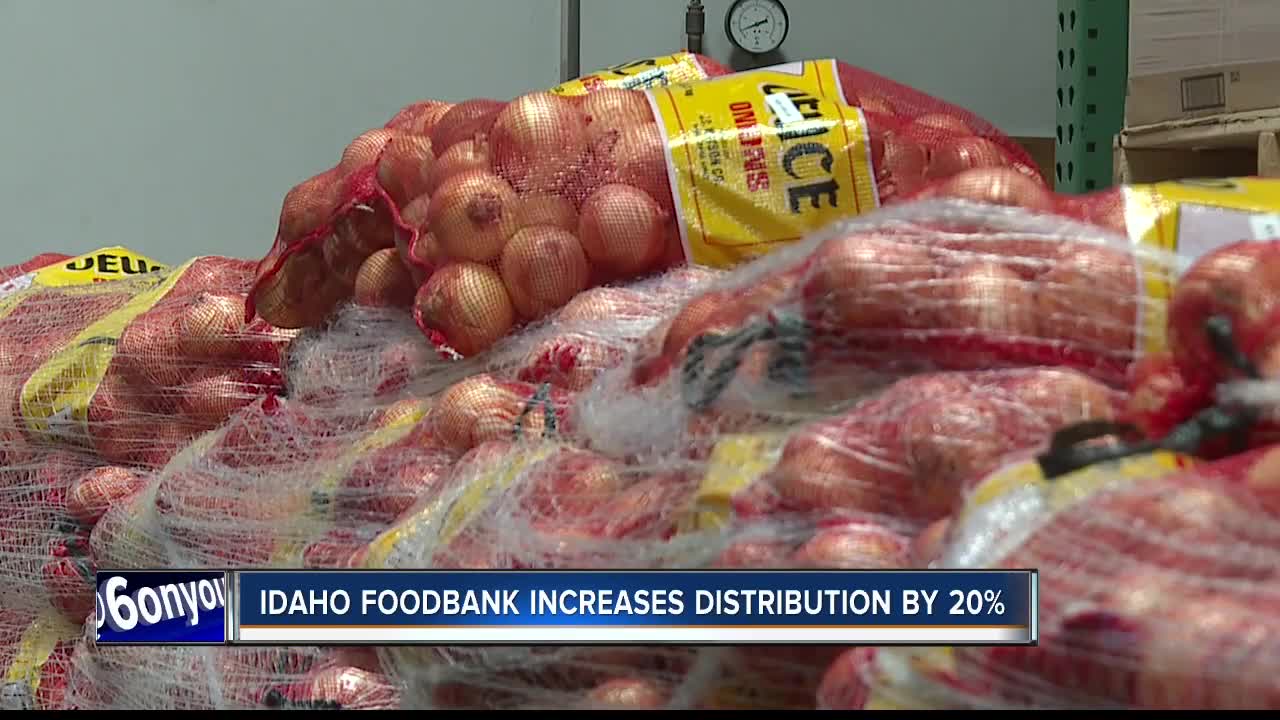 BOISE — The Idaho Foodbank is increasing its food distribution by 20% to combat the residual effects of the government shutdown.

As the state’s largest hunger relief organization and largest distributor of free food assistance, Idaho Foodbank officials say the agency will provide food for an additional 266,600 meals starting this week and extending into early March.

The government has reopened until at least February 15, but there are still significant concerns about the shutdown’s lingering effects, officials said.

Federal workers are still waiting for backpay, more than one-million federal contract employees have lost almost ten percent of their yearly income, and millions of food stamp recipients all across the country are worried, according to reports.

“When uncertain conditions like the government shutdown create doubt, insecurity and hardship for so many, it’s more important than ever that we remind all Idahoans that 1) we’re here to provide good food to anyone and everyone who needs a hand-up, and 2) we have a wide network of partner agencies and mobile pantries that are as committed as we are to provide food for those in need,” said Karen Vauk, President and CEO of The Idaho Foodbank. “No one should go hungry because of the shutdown.”

The early issuance of February SNAP (Supplemental Nutrition Assistance Program) benefits on January 20 has created a “SNAP gap,” causing a significant financial strain for SNAP participants. SNAP recipients will experience 40-49 days between the issuance of February and March SNAP benefits, depending on each recipient’s benefits schedule.

For more information on how the December 22, 2018-January 25, 2019, government shutdown affected the SNAP program and other federal programs -- and what The Idaho Foodbank is doing to support those who are experiencing food insecurity because of it – you are urged to visit the Foodbank’s website .