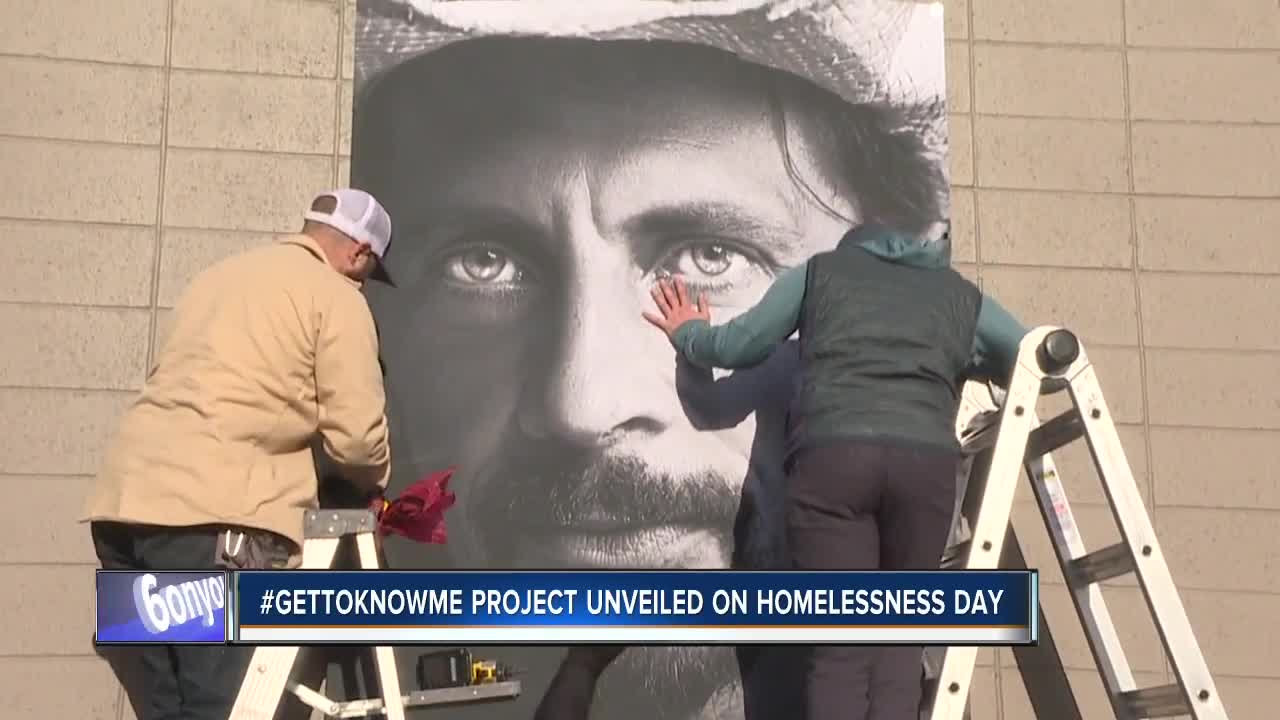 If your commute takes you anywhere near Americana Boulevard, Cooper Court alley, or the Modern Hotel, you may just notice some new portraits adorning the walls. They are of Boiseans experiencing homelessness -- and photographer Matthew Wordell hopes you'll consider their perspectives.

If your commute takes you anywhere near Americana Boulevard, Cooper Court alley, or the Modern Hotel, you may just notice some new portraits adorning the walls. They are of Boiseans experiencing homelessness -- and photographer Matthew Wordell hopes you'll consider their perspectives.

"It's not a gallery show tucked away in some building where only a specific audience is going to be able to tap into it," said Wordell. "It's something that, you know, you pull up to a stoplight, and you get the opportunity to read what this person has to say, see their photo, and kind of start identifying with the realities that people have here at Cooper Court, at Interfaith, at Catch."

Through a series of powerful portraits ranging from 8 to 15 feet in size, Wordell hopes to shatter the divide between people experiencing homelessness and those who are not.

"Earlier this summer when there were four deaths in the community, I was inspired to reach out to Jodi [Peterson-Stigers, Interfaith Sanctuary's executive director], and really just, ya know, sent her a message and said, 'What can I do?'"

Through his partnership with Interfaith Sanctuary, Wordell interviewed eight shelter guests on what they would like to add to the conversation surrounding homelessness.

One portrait features a pull quote that reads, "In this city everyone is just a couple paychecks away from being homeless."

Another reads, "Many of us have jobs...if we stay positive, in the end, we can rise above our situation."

"I feel grateful to be able to contribute to an organization like Interfaith," said Wordell.

One of the themes in the quotes from those interviews was the difficulty created by Boise's high cost of housing and low-wage jobs.

Idaho follows the federal minimum wage of $7.25. A 2018 report from the "national low income housing coalition" said that in idaho-- it would take *two full-time, minimum wage jobs to afford a fair-market rent of about 800 dollars.