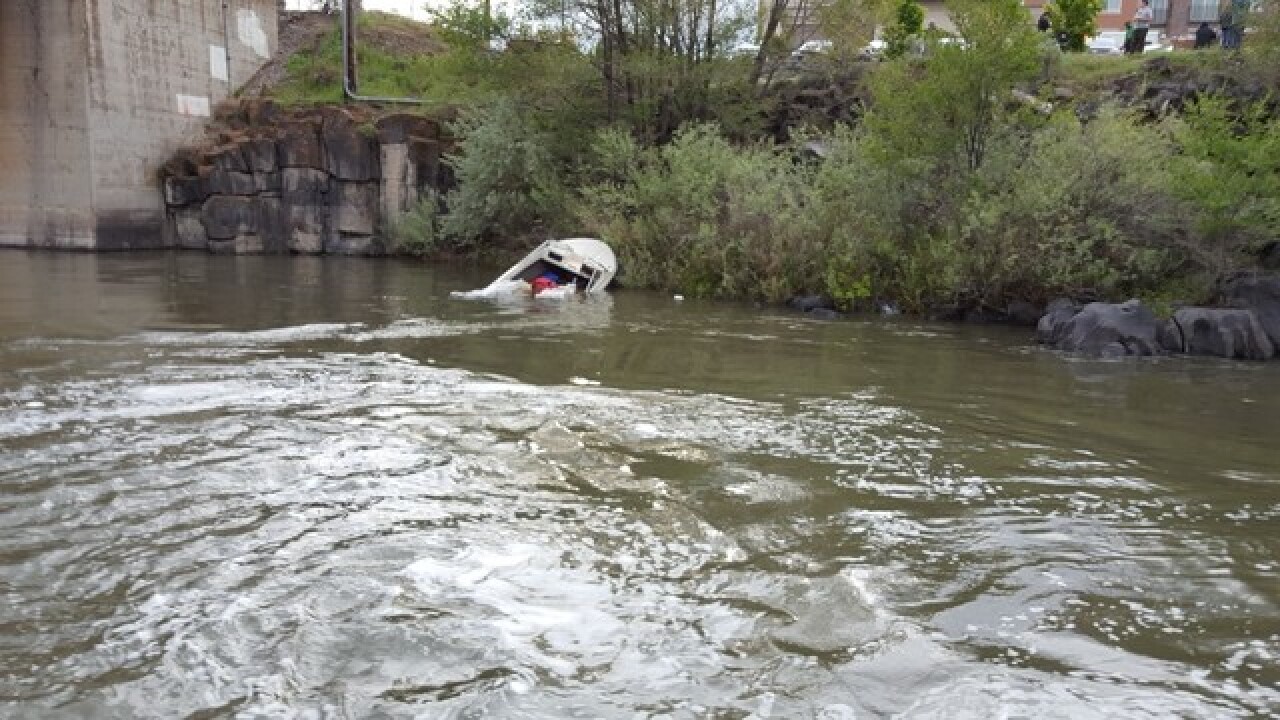 A four-year-old remains hospitalized in the ICU following a boating accident in eastern Idaho on May 24th, 2016.

According to officials, two adult males with two four-year-old children launched their boat from the South Tourist Park Boat Ramp and motored upstream when their boat experienced an issue.

The boat quickly took on water and capsized, trapping one of the children underneath.

The other four-year-old and adult then floated downstream where they were rescued by officers and firefighter personnel above the Pancheri Bridge.

The driver of the boat jumped into the water and was able to turn the boat partially over so rescue personnel could pull the boy out of the water.

The boy was trapped under the boat for 15-20 minutes before being rescued.

Both boys were wearing life jackets.

There is no indication at this time of alcohol use or other outside factors as to the cause of the incident, other than a problem with the anchor being stuck on the river bottom.