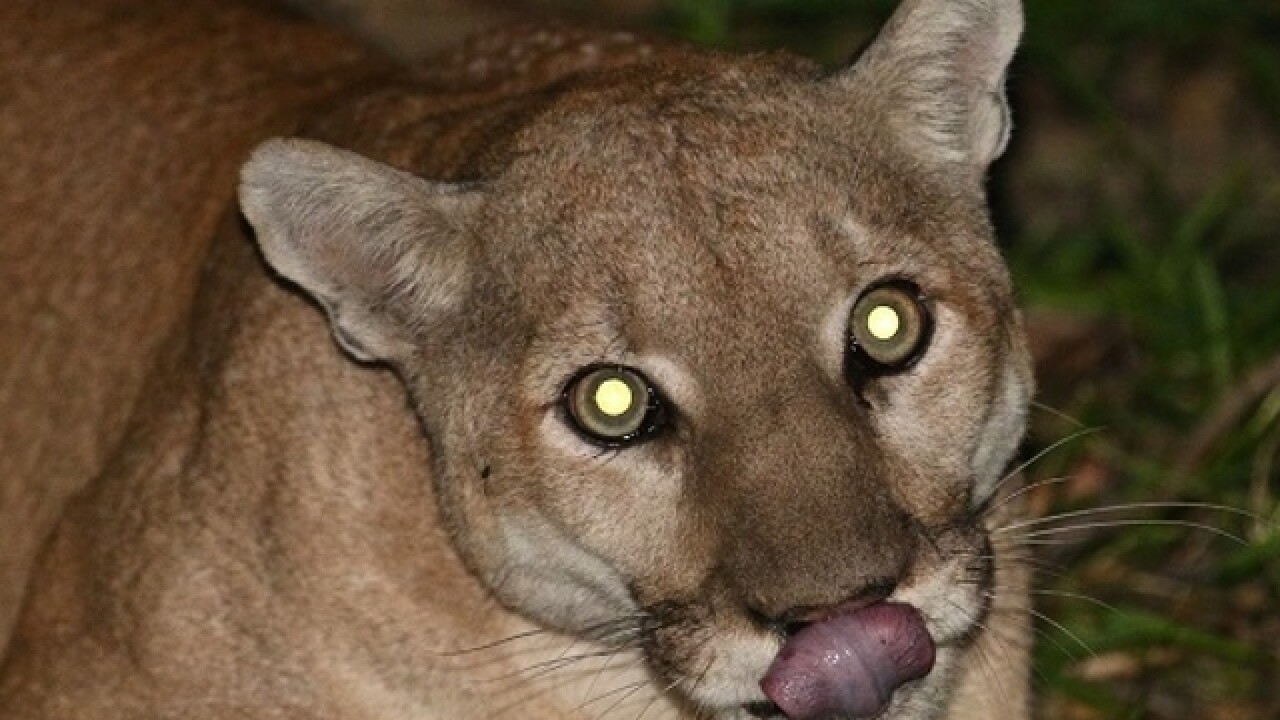 HAILEY, Idaho — Idaho Fish and Game officers received a report Monday about a mountain lion attack on a Labrador retriever on Saturday, December 21, north of Hailey.

The homeowners reported letting their dog out about 6:15 a.m. that morning then, shortly after, hearing loud noises in their backyard. They immediately checked and found a mountain lion attacking their dog in the unfenced backyard. Shortly after the homeowner confronted the lion, it let the dog go.

The dog received injuries in the attack, but survived and is back home with its owners.

“This is the fifth reported mountain lion attack on dogs in the Wood River Valley over the last week. Three dogs have died due to these attacks,” said Fish and Game’s Regional Communications Manager Terry Thompson.

“Mountain lions typically prey on elk and deer, but will opportunistically take other animals when they are present. Elk and mule deer have become year-round residents of the Wood River Valley which is seemingly increasing the number of predators throughout the area,” Thompson explained.

According to Senior Conservation Officer Brandyn Hurd, “This attack occurred in an area with a known herd of mule deer, which might have brought the lion into close proximity to this neighborhood.”

Residents and visitors to the Wood River Valley are reminded to be vigilant and aware of their surroundings, especially during the early morning and evening hours.

Pet owners should always check the surrounding area before letting their pets outside. If possible, they should accompany them when outside, especially when it’s dark. When walking your pet, keep them on a leash.

“Mountain lions can easily jump a six-foot fence, so don’t assume a fenced backyard is a secure space,” Thompson stated.

Techniques to stay safe around your home in mountain lion country include:

--Don’t feed your pets outside or leave their food dishes outside your home.

--Ensure there are no spaces around your home accessible to a mountain lion to use as a den, such as under decks, sheds, or window wells.

--Turn on exterior lights when going outside your home when it’s dark outside.

--If you encounter a mountain lion, do not run away! Make yourself look as big as possible, yell, and slowly back away from the encounter. Do not turn your back on the lion. Bear spray may be a good safety item to carry with you as well.

Wood River Valley residents and visitors should immediately report any encounter that results in an attack to the Magic Valley Regional Office at (208) 324-4359 during business hours. If after hours, local Conservation Officers can be reached by calling the Citizens Against Poaching (CAP) hotline at 1-800-632-5999.

Observations of a mountain lion in the area should also be reported to the Fish and Game’s Magic Valley Regional Office.