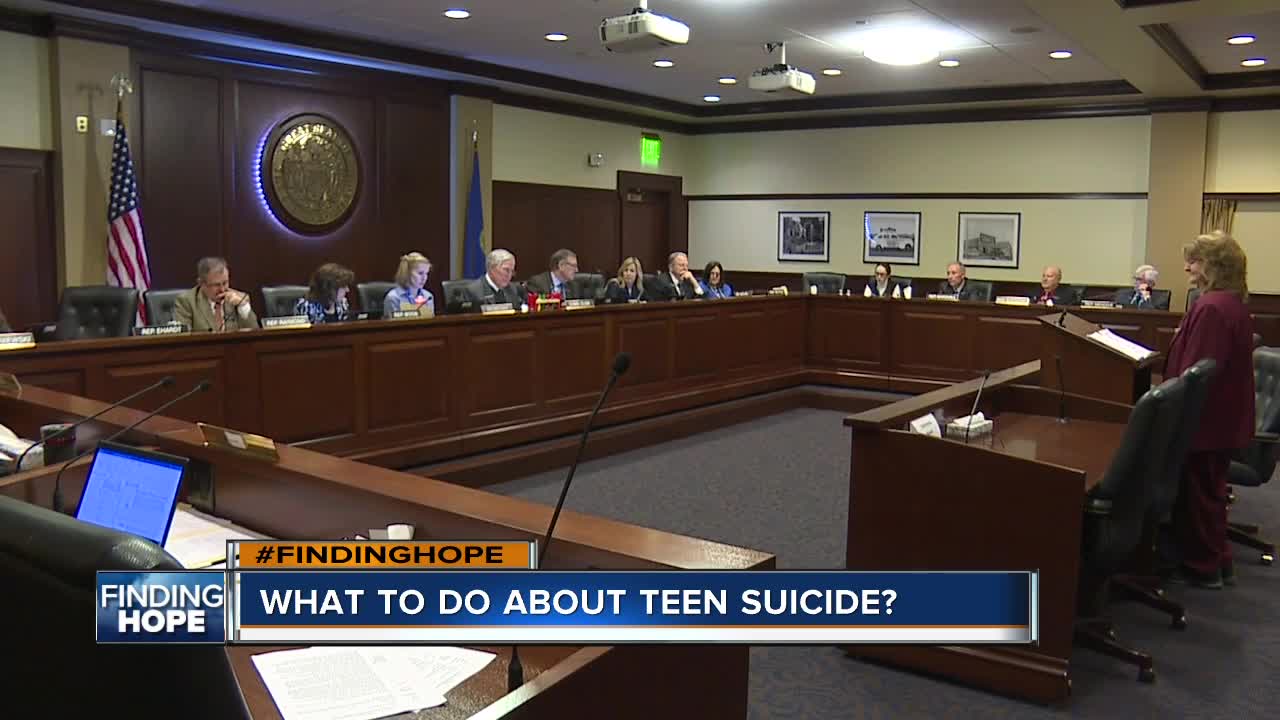 BOISE, Idaho — Earlier this year, Governor Brad Little proposed spending $1 million to help train teachers in social emotional learning. However, some legislators are now voicing their concerns and fighting the proposal to do so.

Idaho ranks fifth in the nation for teen suicide which Governor Little hopes to combat with the Social Emotional Learning training, or SEL for short. SEL helps teachers recognize at-risk students, limit risk factors, and get them to counselors who can help--something Idaho Falls Rep. Barbara Ehardt (R) says isn't the teacher's place.

"We cannot add something else on which we are going to expect our teachers to truly be trained to deal with," Rep. Ehardt explained.

The $1 million proposed for the training would account for 1/20th of a single percent of State Superintendent Sherri Ybarra's $2 billion education budget proposal. During Ybarra's plan presentation to the House Education Committee Tuesday, several members of the committee criticized the concept. Rep. Ehardt told Ybarra training teachers to deal with mental health issues is a mistake.

"We do not want to conflate mental health with SEL. SEL is something that is across the United States right now. SEL deals with the thoughts, ideas, and emotions of all students and getting into places where teachers are not prepared to go. If we're going to go that direction, let's make sure the counselors--and I've actually asked for more counselors--but this is not another burden we should put on our teachers," said Rep. Ehardt.

In order to address the huge teen suicide problem in Idaho, Rep. Ehardt says it's necessary to get back to fundamental teaching. Those actually in the classroom, however, tell 6 On Your Side recent tragedies demand a better response.

"Last year, Vallivue had its heart broken a couple of times with a few students we lost," said Joey Palmer, Director of State and Federal Programs for Vallivue School District.

At Vallivue, the district dropped its usual variety of teacher training classes, opting instead to hold an extended course focused on mental health in the classroom. Palmer says the feedback has proved successful, with some longtime teachers calling it the best training they've had in their careers.

A counselor at Vallivue agreed with the sentiment, saying the training is invaluable.

"I do feel that it seems to be getting worse. It's just not the same anymore. We need to be adaptive and flexible. We have to evolve," said Mary Lott. "It makes a huge difference in how we communicate with students and how we get them support."

Palmer says even if the state doesn't approve the funding, Vallivue will continue with its own training.

"Absolutely, absolutely. We don't want to experience what we did last year ever again."

6 On Your Side's Michelle Edmonds spoke with Idaho Education News on why some representatives are fighting the funding. You can see the complete interview here.