A mother reunites with an officer who she says saved her life and inspired her recovery.
Posted: 9:34 PM, Aug 23, 2019 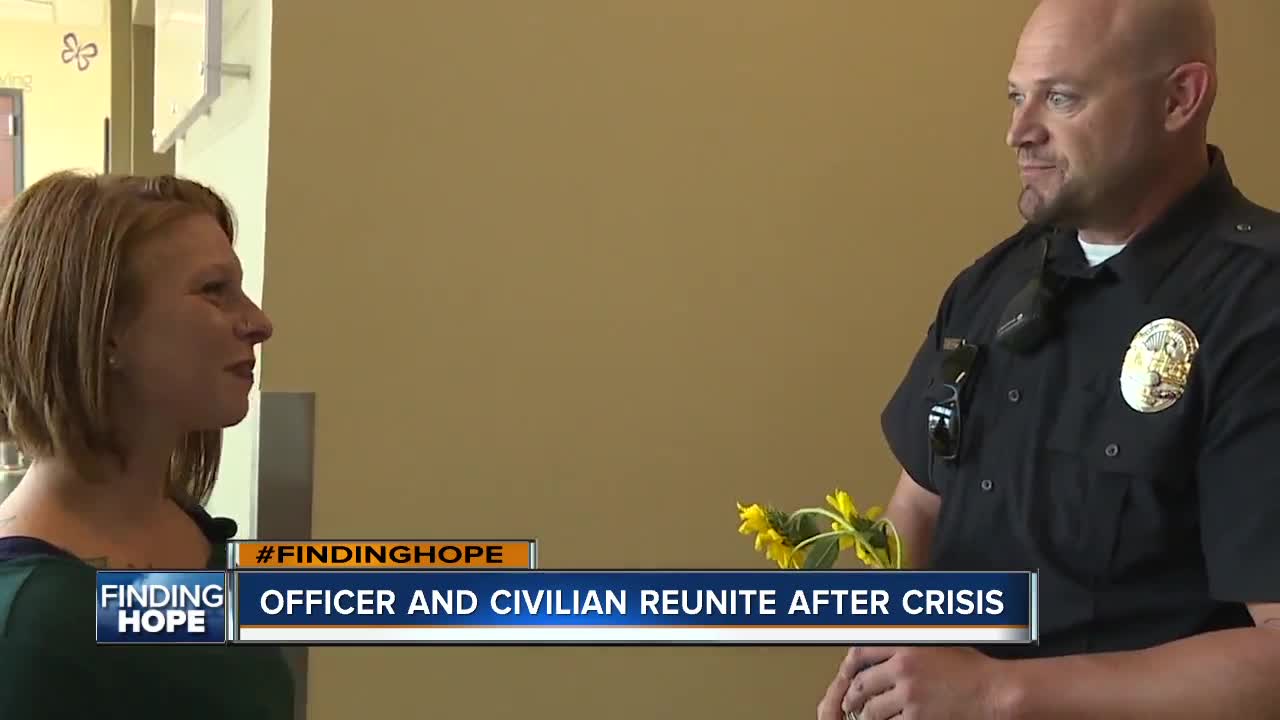 NAMPA, Idaho — It's not often police are showered in appreciation for their law enforcement, but one Nampa woman wanted to make sure a Nampa police officer knew just how much he impacted her life.

It was a moment Nampa resident Airia Howe has been looking forward to for years: thanking this police officer for being there for her when few others were.

"It's good to see her back to normal, I mean, life in her face..." said Officer Heath Otto.

"I reached out to my family in the wrong ways, I scared everybody away from me, and you know, Officer Otto was-- yes he was a police officer-- but he knew who I once was," said Howe.

Howe first met Officer Otto years ago while working at a Subway sandwich shop near the station.

"Right when I first started at Nampa PD, I went in the Subway, saw her, and we were just chatting and whatever else," said Otto.

In the years to follow, addiction took ahold of Howe's life.

"I just did drugs-- whatever was in front of me I would take, ya know?" said Howe.

Howe said he treated her like a human, not a criminal-- showing care and empathy toward her.

"Just him and his eyes right there, that was just so comforting to me," said Howe. "His soul could feel for me. Maybe I made good sandwiches or something."

"It just lit a fire under me. I’ve been trying to keep strong and not make poor choices, not let people in my life. I don’t need them-- but just be there for my daughter," said Howe.

Howe said it has now been three years since she used hard drugs.

"For her to be able to break the cycle, and be willing to work a program and realize that, 'Hey, I need to go a different path with my life for her, for her daughter and everything else. That's massive," said Otto.

"You've done such a phenomenal job. Congratulations," he added.

As I previously reported, it is community policing like this that Nampa Police Chief Joe Huff said is one of the department's main goals.