Festival celebrates creativity of people with intellectual or developmental disabilities

One woman who has IDD said she feels empowered to become a screenwriter. 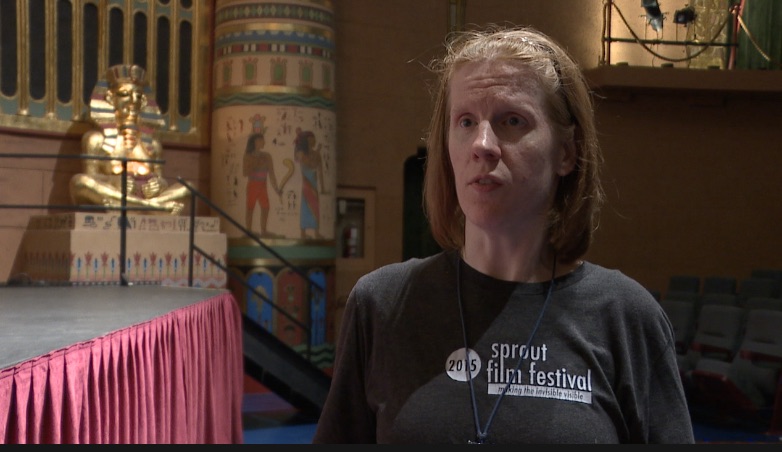 BOISE, Idaho — Boiseans are snacking on their popcorn at the Egyptian Theatre Friday for a film festival that is unlike many others: the 9th Annual Sprout Film Festival. The event aims to challenge assumptions about folks with disabilities.

Faith Cowan, a woman who has an intellectual or developmental disability (IDD), said she has always been a fan of the cinema.

Nicole Lang, Development Director at The Arc Idaho, said the 21 short films at this year's festival all have one major thing in common: they are starring people who have IDD.

"They're just really about people-- and granted there might be additional challenges-- but they're just folks," said Lang.

Cowan says the festival empowers her to do exactly what she says she wants to do: "Inspire people and help them get out of bad situations if they're in them."

She said she is pursuing a career as a screenwriter for film, and that she spends hours on the weekend writing her autobiography.

"The disability I'm struggling with came as a result of an MMR shot when I was three and a half-- or one and a half-- and um, I've learned that anything's possible when you believe and you persevere," said Cowan.

She said it was not always easy having a disability.

"I got bullied in school," said Cowan.

She said those challenges, however, make her hungrier than ever to write films that matter.

"To help maybe save some people's life who might be fighting, maybe feeling suicidal, ya know, if they're bullied or something. I've been through that," said Cowan.

Because at the end of the day, why do we go to the movies? Lang says to feel connected in our experiences.

"Helps people kinda come together and realize that we're all just folks, and we're much more alike than we are different," said Lang.

The Arc Idaho puts on the three major events per year, and with events like this, hopes to continue breaking stereotypes surrounding people with IDD.