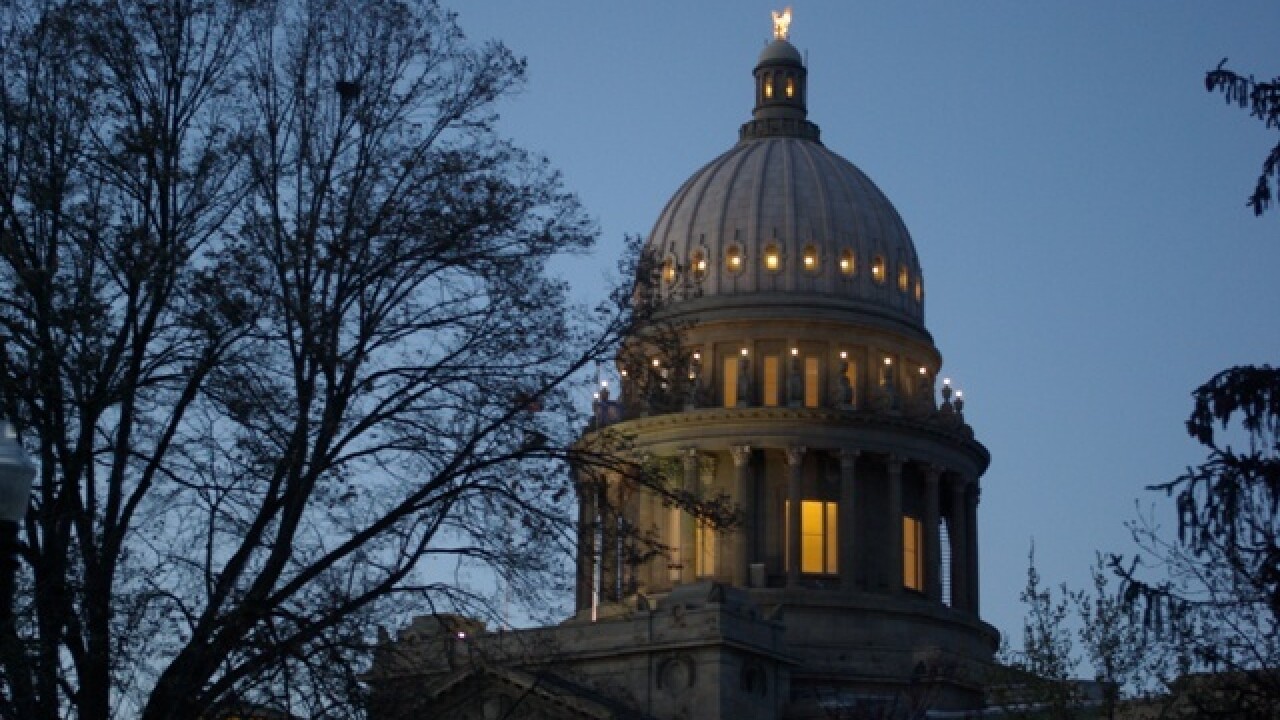 BOISE, Idaho — One of the State of Idaho's requests for a waiver for Medicaid expansion has been rejected by federal officials.

In a letter from the Department of Health and Human Services to Idaho Department of Insurance Director, Dean Cameron, said the choice to reject the request was because the state's application didn't give enough information for evaluation.

The notice also said even if the application was revised, the waiver would not meet the deficit neutrality guardrail.

“We are disappointed and surprised by the assessment from CMS about our 1332 waiver application after the amount of work and coordination Idaho spent with our federal partners in developing the application.

Simply put, CMS pulled the rug out from under us. For months, state agencies worked closely with the federal agencies on the purpose and goals of the waiver application. We shared multiple strategies and considerations about how Idaho would approach the cost neutrality portion of the application. At no time during those conversations did the federal government indicate Idaho’s approach to the budget neutrality guardrail would be insufficient for consideration.

This waiver remains a high priority for Idaho. It is important to give Idahoans the choice to stay on private coverage rather than forcing them to public assistance. The State of Idaho is already taking steps to submit the additional information required by CMS so that our application can be fully considered on its merits.”

“Idaho Democratic legislators made it clear time and time again during the session that restrictions on Medicaid Expansion are unnecessary and costly.” Democratic leadership explained. “Republican legislators irresponsibly passed barriers to coverage without knowing how much they would cost or how it would impact coverage. When Idahoans protested, they ignored the voices of the people. Unfortunately, they had to have the federal government tell them that restrictions on Medicaid Expansion are misguided and a reckless waste of taxpayer dollars. Idahoans have asked us to implement Medicaid Expansion as-is but Republican legislators are determined to waste taxpayer dollars on restrictions. It has become increasingly clear that these legislators do not advocate for the people and are only interested in their own power. We hope that voters will remember this negligent behavior toward Medicaid Expansion during the next election.”

State officials are still for public opinion on several other waivers related to Medicaid expansion. Two meetings on the proposed waivers will be held next week. The first will be held from 1 p.m. to 3 p.m. on Tuesday, Sept. 3, in the Lincoln Auditorium in the Idaho Statehouse. The second will be held Friday, September 6, in the East Conference Room in the Joe R. Williams Building, 700 W. State Street in Boise.

The letter in full reads as follows:

Thank you for your submission on July 15, 2019 of Idaho’s application for a State Innovation Waiver under section 1332 of the Patient Protection and Affordable Care Act (PPACA). Idaho seeks to waive section 36B(c)(2)(B) of the Internal Revenue Code, and section 1402 of the PPACA, as applicable, to the extent necessary to modify the eligibility criteria for the Premium Tax Credit (PTC) and Cost Sharing Reductions (CSRs) to permit Idahoans with income between 100% and 133%1 of the Federal Poverty Level (FPL) to qualify for these federal subsidies regardless of their underlying eligibility for Medicaid, provided they are not enrolled in Medicaid. 2 As explained below, the Department of Health and Human Services (HHS) and the Department of the Treasury (collectively, the Departments) believe that, even if the application were revised to include the correct elements, Idaho’s application would not be approvable because it could not demonstrate compliance with the statutory guardrails, in particular the deficit neutrality guardrail.

45 CFR 155.1308(f)(3)(iv) and 31 CFR 33.108(f)(3)(iv) state that the analyses, actuarial certifications, data, assumptions, analysis, targets and other information must provide the HHS Secretary and the Secretary of the Treasury, as applicable, with the necessary data to determine that the state's proposed waiver will meet the four guardrails as part of a section 1332 waiver. Specifically, as the Departments explain in the 2018 Guidance3 : “For each of the guardrails, the state should clearly explain its estimates with and without the waiver. The actuarial and economic analyses must compare comprehensiveness, affordability, coverage, and net federal spending and revenues under the waiver to those measures absent the waiver (the without waiver baseline) for each year of the waiver.”

In order to accurately demonstrate the effect of the 1332 waiver on these four guardrails, the analysis needs to show the effect of the 1332 waiver holding all other factors constant. In its application, Idaho assumed in the without waiver baseline that individuals with incomes between 100% and 133% of FPL are not eligible for Medicaid, but assumed in the with waiver scenario that those same individuals are eligible for Medicaid. These assumptions do not hold Medicaid eligibility constant and, therefore, are not an appropriate set of assumptions for the actuarial analysis. As such, the application does not provide sufficient information for the Departments to evaluate the waiver at this time.

The Departments acknowledge that Idaho is directed by state law4 to seek federal approval to expand Medicaid to persons with incomes between 100% and 133% of the FPL with an effective date of January 1, 2020.5 Idaho has submitted Medicaid state plan amendments to CMS consistent with state law. Idaho has indicated it anticipates that they will be approved such that Medicaid expansion will take effect on January 1, 20206 , which also is the effective date of the proposed 1332 waiver. Indeed, the stated purpose of the proposed 1332 waiver application is to change eligibility criteria under Internal Revenue Code section 36B of the Internal Revenue Code, and section 1402 of the PPACA as applicable, to allow consumers to choose to enroll in plans in Idaho’s state-based Exchange and receive the PTC and CSRs, even though they are eligible for Medicaid beginning in 2020.

If the assumption that Idaho’s Medicaid expansion is effective beginning 2020 were applied consistently to both the without waiver and with waiver scenarios, the analysis in the application would need to demonstrate that permitting individuals between 100% and 133% of the FPL to continue to receive the PTC and CSRs in lieu of enrolling in Medicaid would not violate any of the statutory guardrails. Specifically, it would be critical that the state demonstrate that the 1332 waiver would not increase the federal deficit. Because people eligible for Medicaid in the without waiver scenario would be newly eligible for PTCs in with waiver scenario, the state would need to show that the associated federal cost of providing PTCs and CSRs for those who are expected to elect such coverage is less than the associated federal cost of Medicaid for those individuals.

Currently, the state’s application also contains no information to support a conclusion that the proposed 1332 waiver would not increase the federal deficit, when evaluated under the assumption that the state’s Medicaid expansion is approved. Moreover, several public comments on the application submitted to the state cite a prior 1332 waiver application the Idaho Department of Insurance released for public comment on November 3, 2017 to show that the federal cost of providing the Exchange subsidies substantially exceeds the federal cost of Medicaid, which suggests that the 1332 waiver would not meet the deficit neutrality requirement in this scenario.

Any section 1332 waiver application that would increase the federal deficit cannot be approved by the federal government.

We look forward to working with you in the future on ways to provide residents of Idaho with access to affordable health care coverage. Please do not hesitate to contact us if you have any questions about our determination regarding your current application or 1332 waiver requirements applicable to any future application.