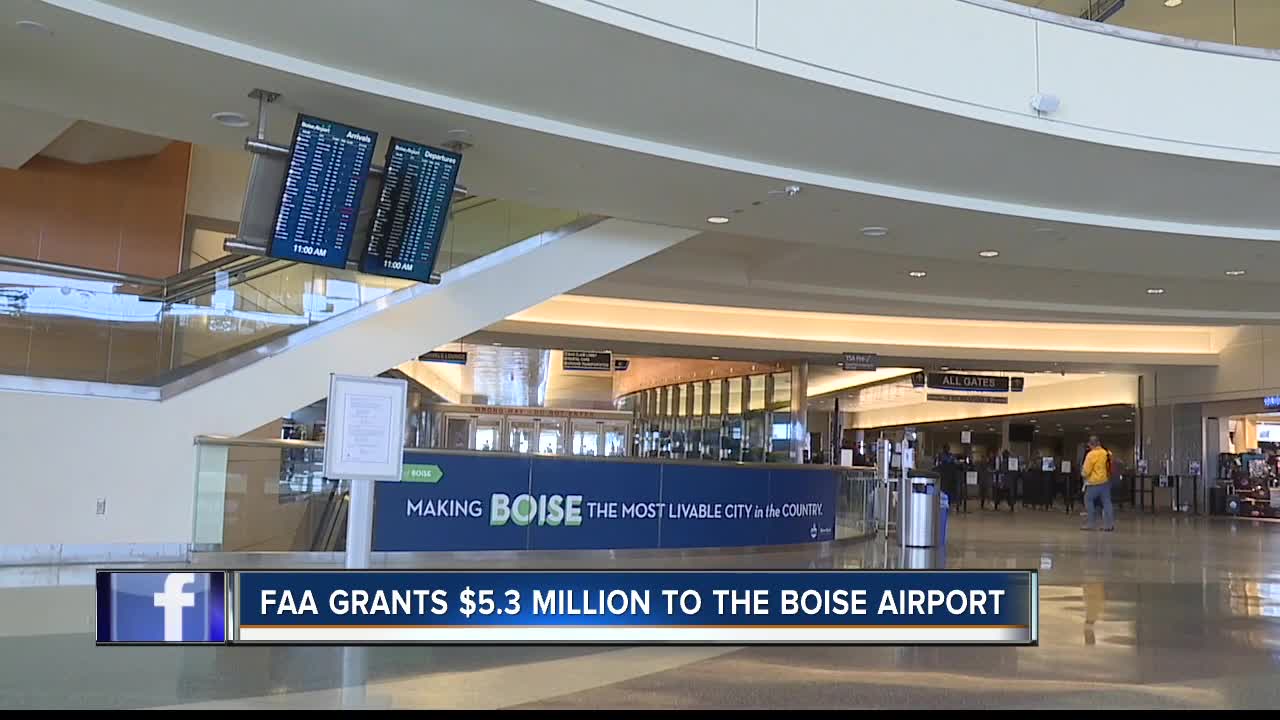 BOISE — Aviation in the U.S. has an economic impact of nearly two trillion dollars each year, that's according to the FAA, which announced today they'll be granting $5.3-million to the Boise Airport for taxiway construction, larger ramps, and improved asphalt.

The FAA said that grant will allow more capability to bring passengers and cargo in and out of the airport.

"It plays right into the focus of what the FAA does every day in terms of safety and security and capacity in our national system of airports," said Kirk Shaffer, Assoc. Administrator for Airports for the FAA.

The funds will provide the Boise Airport with the means to keep up with regulations set by the Federal Aviation Administration in their network of airports.

"The apron rehabilitation and the apron reconstruction is essentially improving the concrete pad where the airplanes park on near the gates, and the taxiway realignments are what the airplanes use to get to the runways," said Sean Briggs, Marketing Manager for the Boise Airport.

The FAA distributes these grants multiple times each year to over 3,300 eligible airports, regardless the size.

"Each one of those airports plays a specific role in that national system of airports," said Shaffer.

Whether moving passengers, cargo, air rescue, law enforcement, parcel delivery, the FAA takes it all into account when it comes to granting funds for improvements.

"Locally it will mean that the traveling public there should have more options, they've got more capacity at the airport," said Shaffer.

And nationally, as part of a $1.6 trillion dollar economic sector that employs over 11 million people, the FAA says these upgrades are critical.

"It's important for everyone to keep their focus on the systemic roll that airports play, not only in transportation, but more importantly in our economy," said Shaffer.

These projects at the Boise Airport are part of an annual routine for improvements.

"The airport submits projects to the FAA up to two years in advance for these funds, we submit them every year," said Briggs.

These funds are granted based on total people traveling in and out of the Boise Airport.

This grant will come to the Boise Airport before September 30th, which is the end of the fiscal year. The FAA emphasized the importance of getting the funds here as quickly as possible so that construction can begin before winter arrives.

These improvements to the Boise Airport are coming among a list of others. As we reported earlier this year, the Boise Airport City Council approved projects for things like a new concourse, two new parking garages and a rental car facility. The first project, an employee parking garage, begins this summer, with the other projects following suit and expected to be completed by 2025.