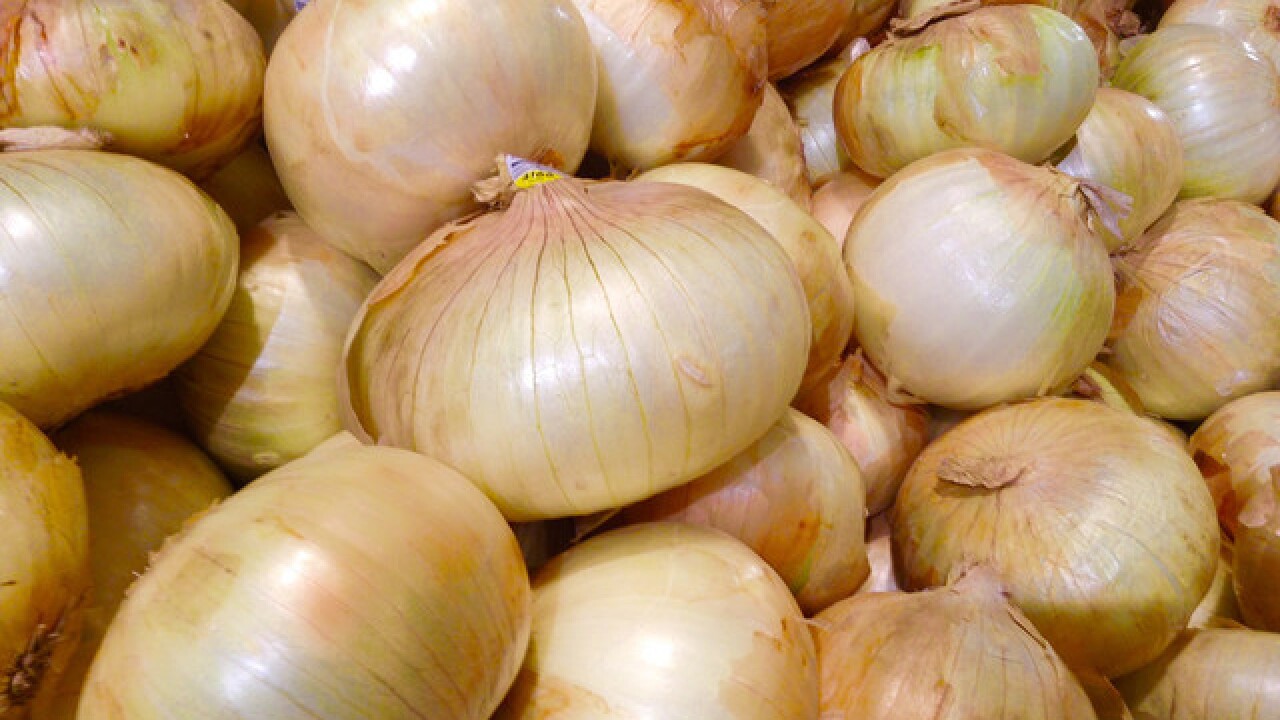 Copyright 2017 Scripps Media, Inc. All rights reserved. This material may not be published, broadcast, rewritten, or redistributed.
<p>7. Onions: Humidity can make them moldy and mushy before they’re cut.</p><p>(Photo: jeepersmedia | Flickr)</p>

This year’s onion crop is looking good for farmers in southeast Oregon and southwest Idaho.

Yields appear to be slightly above long-term averages. The harvest and size of onions have been exceptional and that most of the crop was harvested before the frost, Kay Riley, general manager at Snake River Produce in Nyssa, Oregon, said.

While Riley said internal decay can occur after about a month in storage, that does not appear to be an issue so far at Snake River, which began packing in mid-August.

When morning temperatures drop into the upper 20s, growers wait until later in the day to harvest and handle onions so they don’t bruise them, Reitz said. Onions sitting on the ground get some additional heat from the soil, he said.

Nyssa-area grower Paul Skeen said his crop looks “excellent, probably the best I’ve ever seen. Quality and appearance and everything else.”

His harvest was largely completed before the Oct. 15 frost, as was much of the area’s onion harvest, he said.