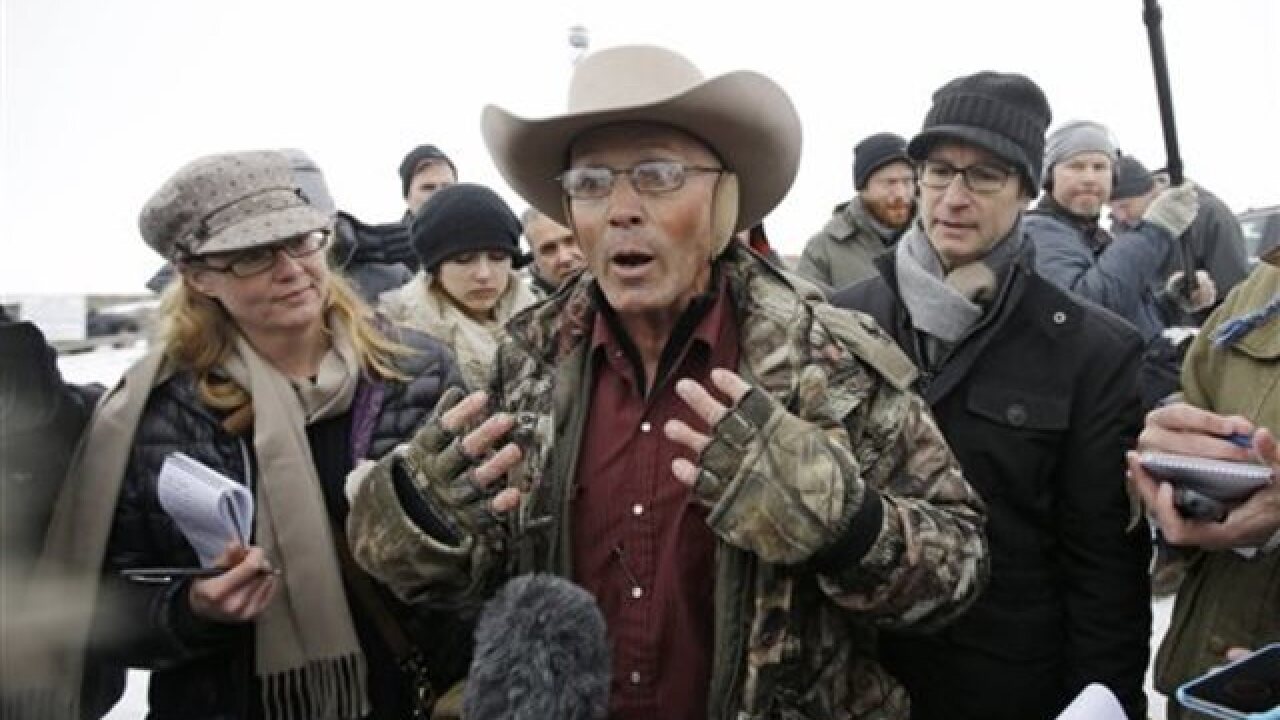 Copyright 2018 Scripps Media, Inc. All rights reserved. This material may not be published, broadcast, rewritten, or redistributed.
Rick Bowmer
FILE - In this Jan. 5, 2016 file photo, Robert �LaVoy� Finicum, center, a rancher from Arizona, talks to reporters at the Malheur National Wildlife Refuge near Burns, Ore. On Tuesday, March 8, 2016, authorities said police were justified in killing Finicum during a traffic stop on Jan. 26, 2016. (AP Photo/Rick Bowmer, file)

The family of a rancher fatally shot by Oregon State Police during the armed occupation of a national wildlife refuge alleges in a federal lawsuit that he was "deliberately executed by a pre-planned government ambush."

The lawsuit filed Friday in U.S. District Court in Portland seeks at least $5 million in damages for Robert "LaVoy" Finicum's widow and each of their 12 children. The United States of America is listed as a defendant, along with the FBI, Oregon Gov. Kate Brown and others.

Finicum served as a spokesman for the group that took over the Malheur National Wildlife Refuge for several weeks in 2016 to oppose federal control of land in the Western U.S.

Investigators determined that state troopers were justified in shooting Finicum after he exited his vehicle at a police roadblock.