Funeral arrangements are made for Spc. Osorio 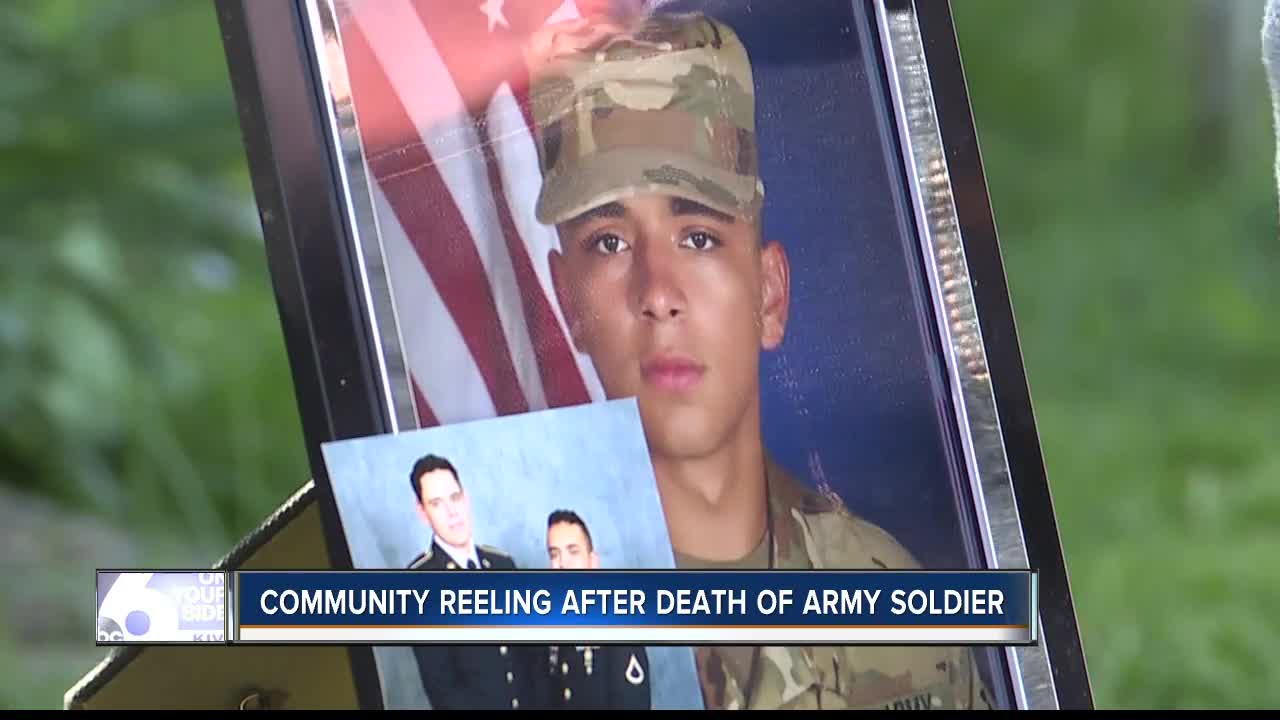 Funeral arrangements for Spc. Michael T. Osorio have been scheduled for Friday, May 10, 2019, at 11:30 am, at the Horseshoe Bend High School gym. The Osorio family welcomes any member of the public who would like to attend.

The community in Horseshoe Bend and soldiers across the country are reeling after the loss of an Army soldier. It truly is obvious that Spc. Michael T. Osorio left his mark on the community.

Here's what his family had to say about Michael's honorable service and life:

"You never expect to have to bury your child," said David Osorio, Michael’s father, during an emotional interview with the family.

It's the knock at the door no military family ever wants to get, "My heart just sunk and I'm like, 'I'm not opening the door for them,' but you have to. So I opened the door and they came in, and I instantly knew," said Jennifer Osorio, Michael’s mother.

Their soldier, Specialist Michael T. Osorio, passed away during deployment in Iraq in a non-combat-related incident that is still under investigation. On Friday, the Osorios will board a plane to Dover, Delaware, where they'll welcome their fallen soldier back to U.S. soil.

"It's not the way we wanted to bring him back. We always had boots on the ground until, you know, all the soldiers come home. This wasn't how our soldier was supposed to come home, but we'll welcome him home. We left him at the bus--we didn't say goodbye, we said see ya later," said Jennifer and David Osorio.

When they arrive in Dover, they'll also greet their oldest son, an actively serving Army soldier stationed in Louisiana, who joined the Army in little brother Michael's footsteps.

"Dominic will be there to help get him off the plane and then, when they're ready to bring him to Idaho, Dominic will be with him from that point on," said David.

Michael joined the Army nearly three years ago, "He just said, 'hey, I'm joining the Army, and the recruiter will be here in an hour,'” said Jennifer. No warning to the Osorio family whatsoever, Michael researched the branches of the Armed Forces on his own.

"For being a young soldier, he has so many medals and so many awards," said Jennifer, leaving no doubt in the minds of his family that he died doing what he loved.

"He was a loud personality, so we want everybody to know that he's home--that he can rest easy, to know 'hey, everybody knows I'm home now,'" said David.

The Osorio family wants to thank the community for the immediate outpouring of support during this difficult time, and they plan to hold a public funeral when Specialist Michael T. Osorio arrives back in Idaho. We will keep you updated on that.