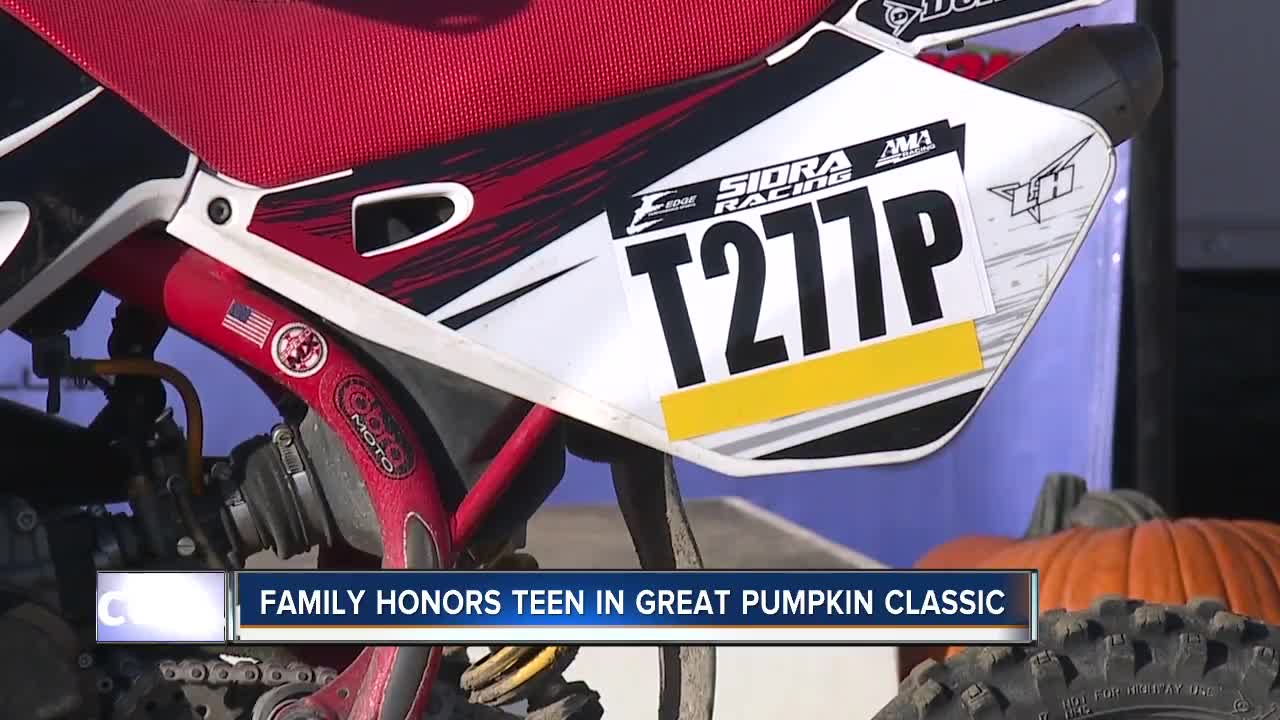 17-year-old Masen Burmester, of Meridian, was hit by a truck while crossing Eagle Road on the evening of Tuesday, October 1st. He died in the hospital later that night.

Masen planned to compete in the 2019 Great Pumpkin Classic dirt bike race Saturday, but instead, his younger half brother rode in his place.

“We’re here to race for my brother," Masen's twin brother Camden said. "We’re here to do the race for him and hopefully take a trophy home for Masen, because he’d want us to do that."