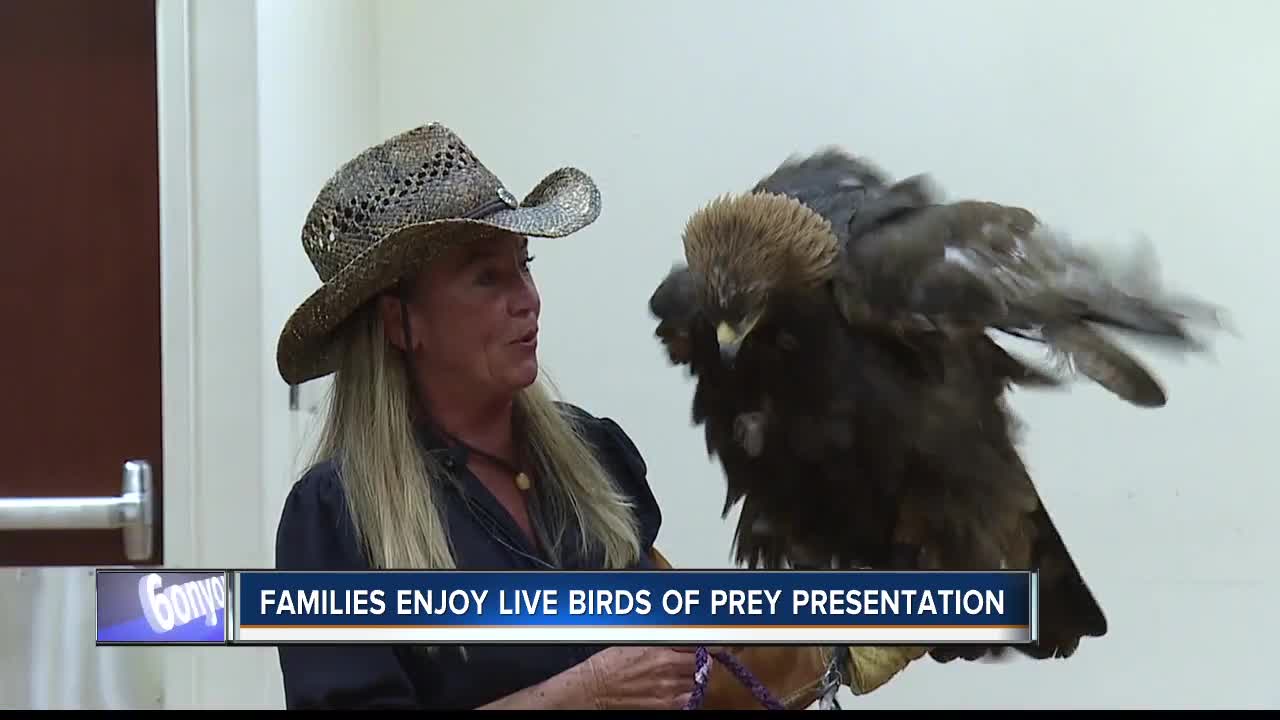 Some big birds took over Boise State this morning!

People were able to enjoy a presentation put on by "Birds of Prey Northwest." The program is sponsored by the STEM Action Center to teach people about the habits and natural history of Idaho's aerial predators and ongoing conservation efforts.

There were hawks, peregrine falcons, a grey-horned owl, and a golden eagle named Dakota.

"We're always encouraging them to save the planet, but in order to do that, they need to know what's on the planet, what their biology is and what threatens them so it's really important to get kids exposed to eagles, hawks, owls, and falcons," Veltkamp said.