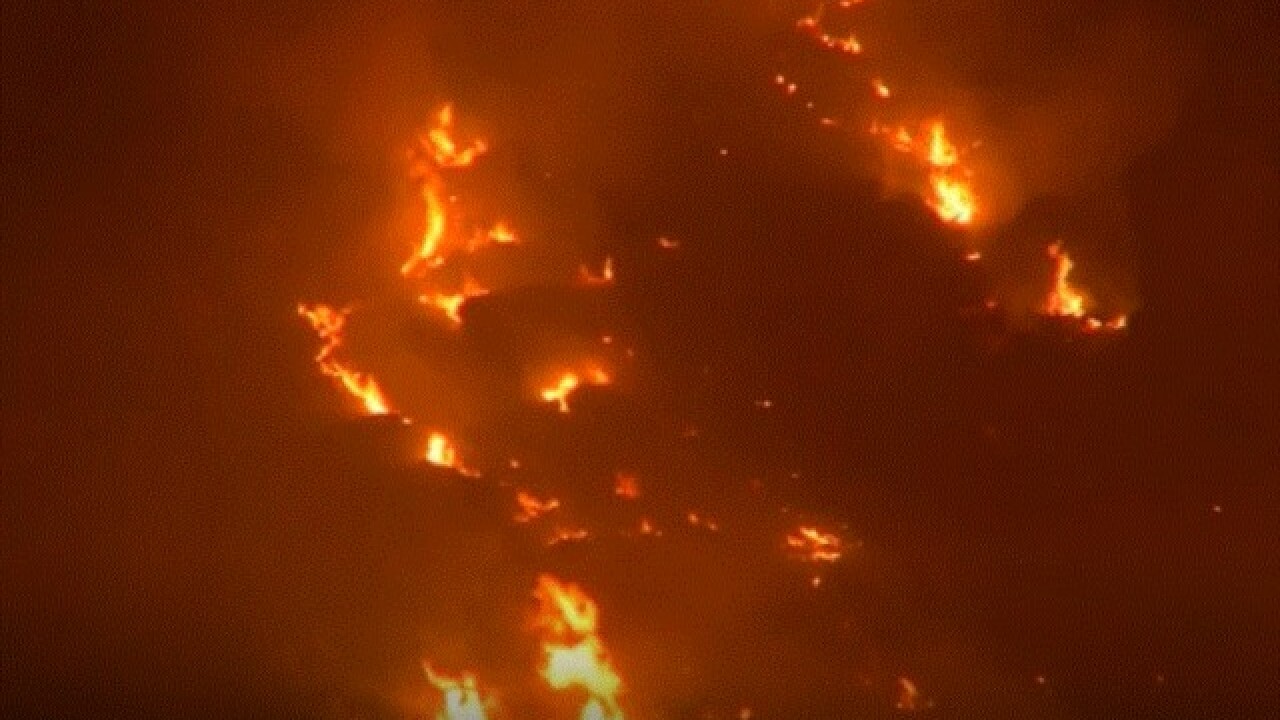 Forecasters say the threat of wildfires will diminish in the U.S. southwest this month -- but increase in both the northwest and along much of the California coast.

Officials with the National Interagency Fire Center in Boise say the summer monsoon should bring enough rain to Arizona, Colorado and New Mexico in early July to reduce the risk of major fires.

But the danger remains high through the end of July in Utah and parts of California, Idaho, Nevada, Oregon and Washington.

By August, the threat spreads across much of the northwest, extending east into most of Montana. The danger in the northwest is expected to persist through September.

The fire center updates the outlook every month from its headquarters in Boise.

More homes and cabins are being evacuated due to a wildfire near a popular fishing reservoir.

On Sunday, a handful of cabins were evacuated.

Jason Curry of the Utah Division of Forest, Fire and State Lands said the fire has scorched about 10 square miles near Strawberry Reservoir.

Curry said officials couldn't get a size update Monday afternoon due to the fire activity and smoke.

Curry says the blaze started Sunday and officials believe it was human-caused but are investigating.

Two military cargo planes have joined civilian aircraft and ground crews battling a southern Colorado wildfire that has burned across 89 square miles and forced the evacuation of more than 2,000 homes.

The Air Force Reserve C-130s began flying missions Monday from their home at Peterson Air Force Base in Colorado Springs.

The planes are equipped with tanks and pumps capable of dropping 3,000 gallons of water or fire-retardant slurry in five seconds.

The fire is burning near Fort Garland. Firefighters have cut containment lines around five percent of the perimeter.

A court document says 52-year-old Jesper Joergensen initially said he had started a fire to burn trash, but then said he had been grilling in a permanent fire pit the day before the blaze began. Joergensen, who reported the wildfire, said it started about twenty feet away from the fire pit Wednesday and he tried to put it out.

The document says Joergensen, who is from Denmark, has been living in the country illegally. It's not clear if he has a lawyer.

Gabe Lauderbale, a spokesman with the California Department of Forestry and Fire Protection, said Monday that hot temperatures and gusty winds are contributing to the fast spread of the blaze in sparsely populated areas of Yolo and Napa counties.

Lauderbale says about 300 people are under mandatory evacuation orders and more than 100 buildings are under threat in the area that's home to cattle and horse ranches.

He says slightly cooler temperatures are forecast later Monday, but gusty winds that could spread the blaze are also expected.