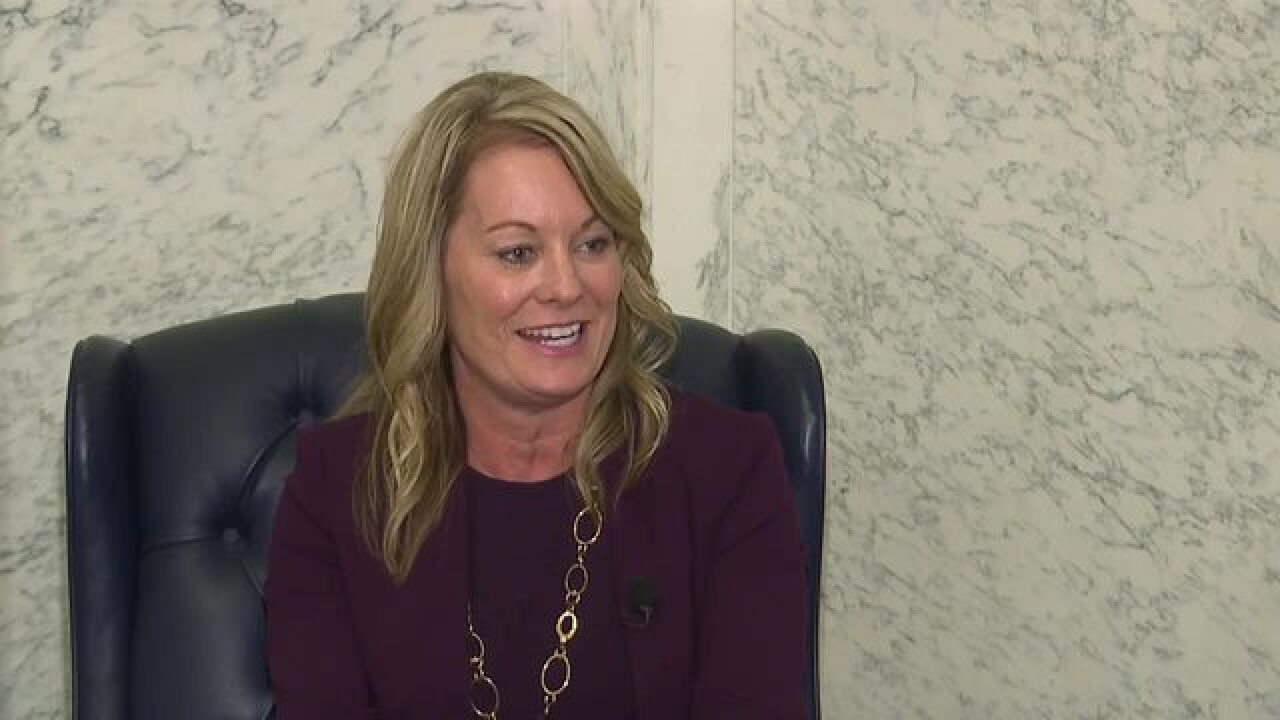 BOISE, Idaho — This article was written by Kevin Richert with Idaho Education News.

The Idaho Supreme Court has sided with the Legislature and the State Board of Education in a budget tug-of-war with state superintendent Sherri Ybarra.

In a unanimous 5-0 ruling Monday, justices said the Legislature followed the Constitution this year when it transferred 18 IT and data management jobs at $2.7 million from Ybarra’s State Department of Education to the State Board.

“Contrary to the allegations of the superintendent, the Legislature has not gutted the department nor has she lost her entire IT department,” said Justice Gregory Moeller, writing for the court. “Rather, the Legislature has shifted the bulk of the Technology Group’s funding and positions to the central educational policy maker in the state —the Board — which can now directly access the information to set policy and provide ‘general supervision’ of the state’s public schools.”

The ruling settles a power struggle that began in March, when the Legislature approved the budget shift. And it means the transfer of jobs and dollars will go into effect on July 1.

The dispute took on a personal tone. In court documents, Ybarra suggested that lawmakers were trying to gut her office as political payback — and she suggested some lawmakers wanted to eliminate the elected superintendent’s position entirely.

But the crux of the case centered on constitutional authority.

Ybarra and her attorney, former lieutenant governor and attorney general David Leroy, argued that the transfer impeded Ybarra’s ability to carry out her job as a state elected official. Leroy contended that Idaho’s territorial constitution gave the state superintendent authority over education policy.

Attorneys for the Legislature and the State Board said the state’s founders invested those powers with the board — citing a section of the Constitution that places the board in charge of the “general supervision” of the state’s educational system.

“By bringing this petition, the superintendent is attempting to refight a constitutional battle that was first lost over 130 years ago,” Moeller wrote.

In oral arguments earlier this month, Leroy said the funding shift would “destroy” Ybarra’s day-to-day operations, cutting out employees that are central to her department’s operations. The 18 employees, dubbed the Technology Group in court documents, represented the “nerve center” of a 140-person department, Ybarra said in court filings.

Justices pointed out that Ybarra, as state superintendent, is assured one of eight seats on the State Board. While Moeller conceded the funding shift will create short-term “disruption,” he downplayed the long-term effects on department functions.

“There can be no question that the Idaho Constitution clearly allows the superintendent, by virtue of her office and as one of the policymakers on the board, the right to access this data.”

The dispute didn’t just pit the Ybarra against the Legislature. As she urged the State Board to override the Legislature’s wishes on the funding shift, Ybarra also was at odds with the gubernatorial appointees who comprise the balance of the eight-member State Board.

One of those appointees, board President Debbie Critchfield, issued a terse, one-sentence statement Monday.

“The Supreme Court’s decision speaks for itself,” Critchfield said.

Ybarra did not comment Monday, deferring to Leroy. In a statement late Monday afternoon, Leroy looked to the future.

“While the decision still does not clearly define the dividing line between the superintendent’s ‘day-to-day management’ and the board’s ‘general supervision,’ we will work with this precedent to utilize the Technology Group as effectively as possible in the upcoming school year. We trust that the additional layer of bureaucracy will not impair either the superintendent’s work or the board’s policies in favor of Idaho’s public school children.”

For Ybarra, Monday’s only victory was academic. Justices stopped short of awarding attorneys’ fees to the Legislature’s legal team, as requested.

“(Ybarra) raised legitimate questions about the nature of the constitutional duties of her office that have never before been clearly delineated,” Moeller wrote. “We do not find her petition was frivolous, unreasonable, or brought without foundation.”

For taxpayers, however, this outcome is of no consequence. Leroy had a contract to receive up to $200,000 to represent Ybarra. Attorneys with the Boise law firm Holland and Hart had a separate contract to represent the Legislature. The question of legal fees simply would have shifted the bill from one state entity to another.

Monday’s ruling comes nearly two months after Ybarra filed her lawsuit — launching a case that justices agreed to put on a fast track. With the public legal battle resolved, Bedke says he now hopes the parties will work together to face the challenges stemming from the coronavirus pandemic and a sharp economic downturn.

“She’s just going to have to go to work,” Bedke said of Ybarra. “The strength of her ideas will carry the day. … Let’s get the kids educated in Idaho.”