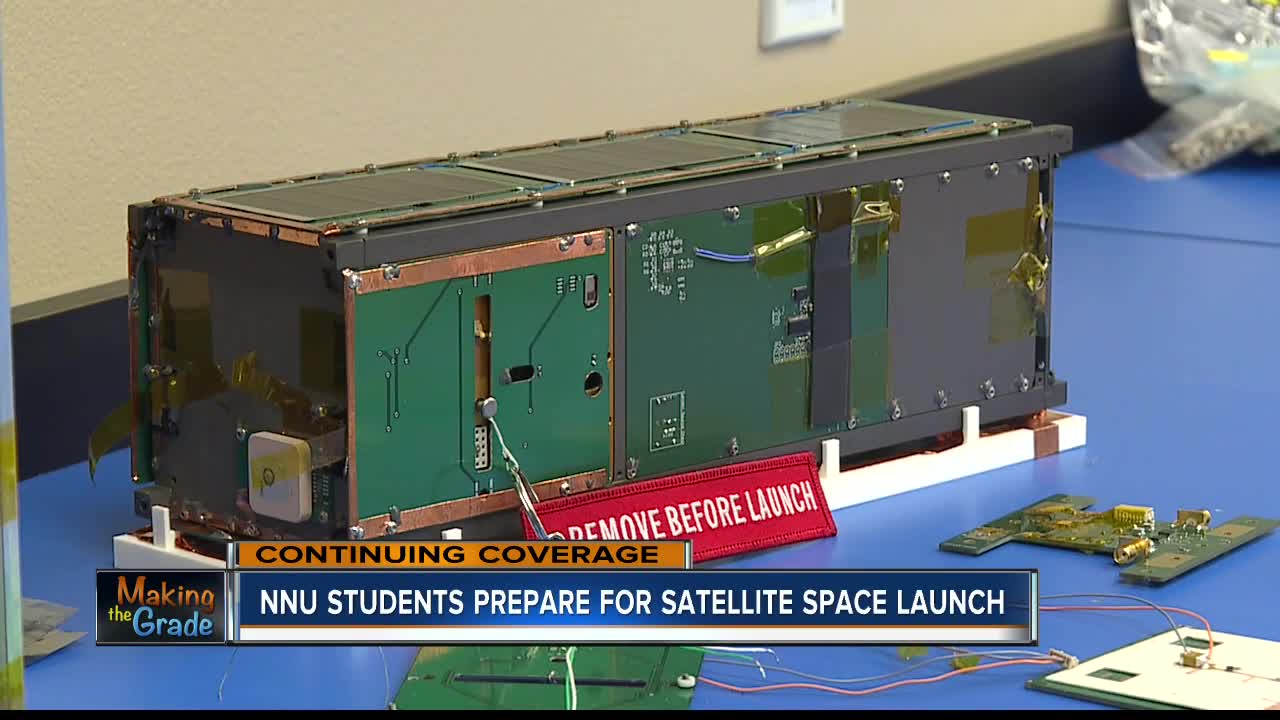 NAMPA — Students from NNU are continuing to push the envelope in satellite design. Their latest creation is almost ready for take off, but before it hits orbit, it's got to hit the road.

RFTSAT is a small, relatively cheap satellite that students at Northwest Nazarene University have been hard at work on for nearly three years, and on Thursday, all that hard work begins to pay off a little, as the satellite heads to Indiana for final testing, in preparation for its launch on a Space-X rocket this summer.

"The coolest thing is, this small university is working hand in hand with NASA," said senior student Kaleb Davis.

"We're taking radio frequency technology, and we're trying to apply that in space, and show that it can be used for, essentially wireless communication in space," said Davis.

Similar to using an I.D. badge to enter a building, which uses the power of energy transmitted from a reader, rather than a battery; this satellite will orbit earth around the equator and attempt to gather temperature readings while in space using an RFID tag.

"Gathering temperature data isn't the goal. The goal is to demonstrate that we can harvest energy on the tag, and then communicate the sensor data back to space," said Joshua Griffin, Associate Professor at NNU.

And if it works, RFTSAT will become the first of its kind satellite to gather data in space without any wires, and without the power of a battery.

"We send a radio wave to the tag, and it uses the energy in that radiowave to power on, and it reflects a little bit of that radiowave back with the sensor data," said Griffin.

The sky just wasn't the limit for this group, but they've got a few final boxes to check off before making history. RFTSAT heads to Indiana on Thursday for its final testing, then it'll arrive in Houston the first week in May.

"To put it in the actual dispenser from which it is being launched, and from there it will be shipped to Florida and hopefully, early this summer, launched on a Falcon 9," said

And next stop from there, the International Space Station. Then if all goes as planned, RFTSAT will take off with a Space-X rocket in July.