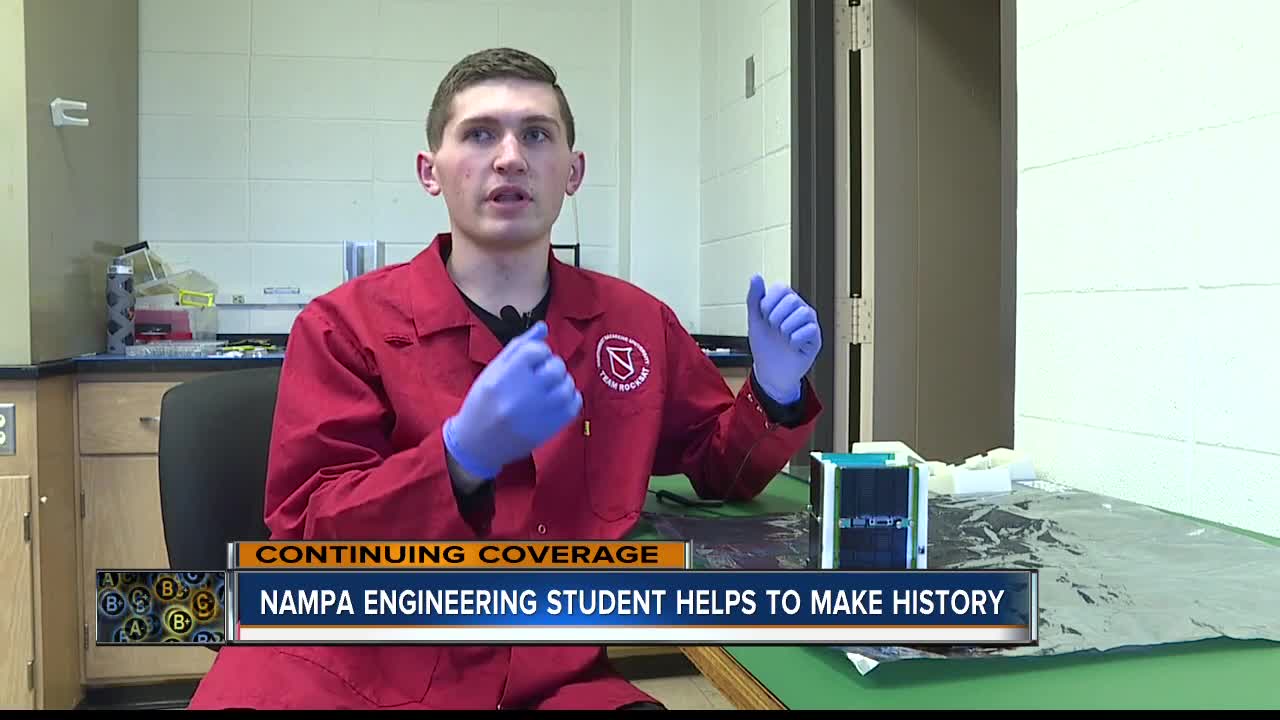 The engineering team at NNU is now working with NASA to make history of another kind; the new and improved MakerSat 1 will be the first spacecraft ever to be assembled and deployed in space.

NAMPA, Idaho — To a promising engineering student, some might say, "the sky's the limit," but for 20-year-old Northwest Nazarene student, Benjamin Campbell, the sky isn't high enough!

"We're gonna launch those up on a rocket to the International Space Station," said Campbell, a sophomore engineering student.

The Dean's List honoree and Nampa native has been working around the clock with his NNU engineering team to collect the results from the satellite launch 6 On Your Side told you about in 2017.

"It was the first one built and manufactured in Idaho... we learned a lot from working with it just over the last year."

They're now harnessing those improvements into a newer version.

"We've got a better power system, better solar panels... I also did some tracking stuff on the computer to see where the satellite is at any given time."

But now, they're working with NASA to make history of another kind; the new and improved MakerSat 1 will be the first spacecraft ever to be assembled and deployed in space.

Here's how it works: Campbell and his team email designs of four white plastic-looking pieces to the International Space Station. NASA astronauts then prints those with a 3D printer.

"So the idea of this was to provide a cheaper approach, which involves using less material and in turn also saving costs on rocket fuel to launch up all that extra material. We can just send the electrical boards."

Then he says the assembly can be done in less than a day.

"Then they'll deploy that satellite out the space station once it's all assembled."

Then it enters the orbit around the earth, where it can supply scientific data.

"And then also, if something goes wrong, you can just fix it on the space station."

But MakerSat1 is not the only one set to take flight in the next year. In August, Campbell is flying to Russia for an amazing opportunity.

"I was one of the 20-something people that were selected to compete and represent the United States at the world stage in Russia," said Campbell. "Essentially the olympics of career and vocational skills."

So come August, we'll be cheering Campbell on for that gold.

But for other Idaho kids shooting for the stars, Campbell has some advice...

"I'm just some boy from Nampa, Idaho of all places, yet here I am doing work with NASA.... don't be limited by what your outside conditions are."