The College of Idaho gets creative with fundraising... using a "$30,000" Golden Retriever puppy 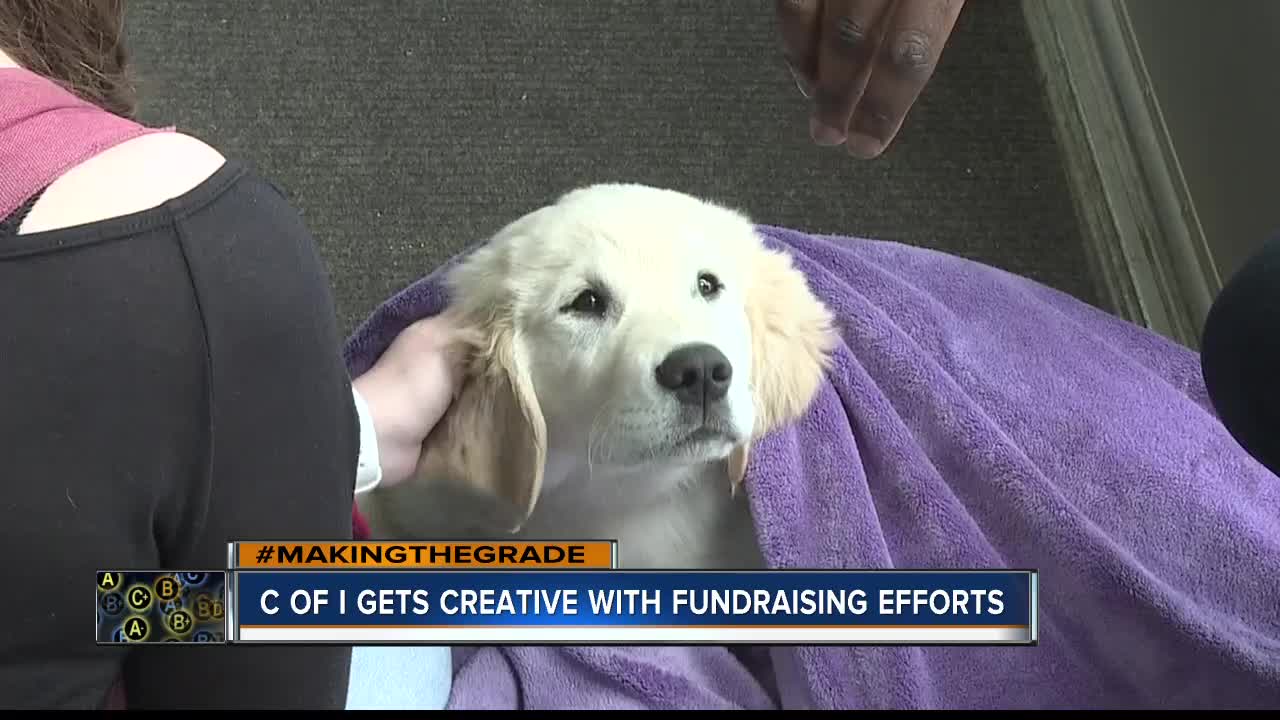 C of I gets creative with fundraising efforts... using a "$30,000" Golden Retriever puppy

CALDWELL — For many students, the expense of continuing education after high school seems a little out of reach. That’s a big reason why the College of Idaho is getting really creative with their fundraising efforts.

The founder of the college is Dr. William Judson Boone, and Boone The Presidential Puppy is his four legged, furry namesake, who came as a result of a creative way to generate scholarships funds for students at The College of Idaho.

"The development office had this great idea: let's auction off a puppy," said Doug Brigham, Co-President at C of I.

Hands were raised and bids quickly went up at the C of I's annual fundraising gala. The first winner of the Golden Retriever puppy bid a steep $20,000. But, that wasn't the last of the bids on Boone.

"We had a donor, a very generous donor, who said beforehand, I'm going to bid on Boone, but I don't need another puppy, and so I'm gonna give it back so you can raise even more money," said Brigham.

So up the hands went, again, adding another $8,000 to the selling price of the dog and the donation jar for the school and placing the puppy with the big price tag in the hands of C of I Co-President Doug Brigham, after the second winner of the pup gifted Boone to Brigham.

All money raised will go toward student scholarships, assuring every student at C of I receives some sort of financial aid.

"Annual tuition is about $30,000, but there's not a student on campus that pays full tuition. Everybody gets scholarships, and on average they pay about 40-45 percent," said Brigham.

Through this financial aid, C of I is able to alleviate the cost burden for more than 900 students, 60 percent of whom are from the Gem State, and the rest, representing 74 countries around the globe.

"Even when college is free, someone's paying for it, and Boone and that $28,000 that he went for, is helping so many students achieve a dream that they would never have the opportunity to without it," said Omo Tayo, a freshman student at C of I.

And while the hefty donations on Boone's behalf help lighten the stress of the cost of college, having the growing ball of fluff on campus has done so much more for the students, "Every time you see a new post of Boone on Instagram, that just takes it away--you know that life's okay. Boone is just our therapy dog," said Tayo.