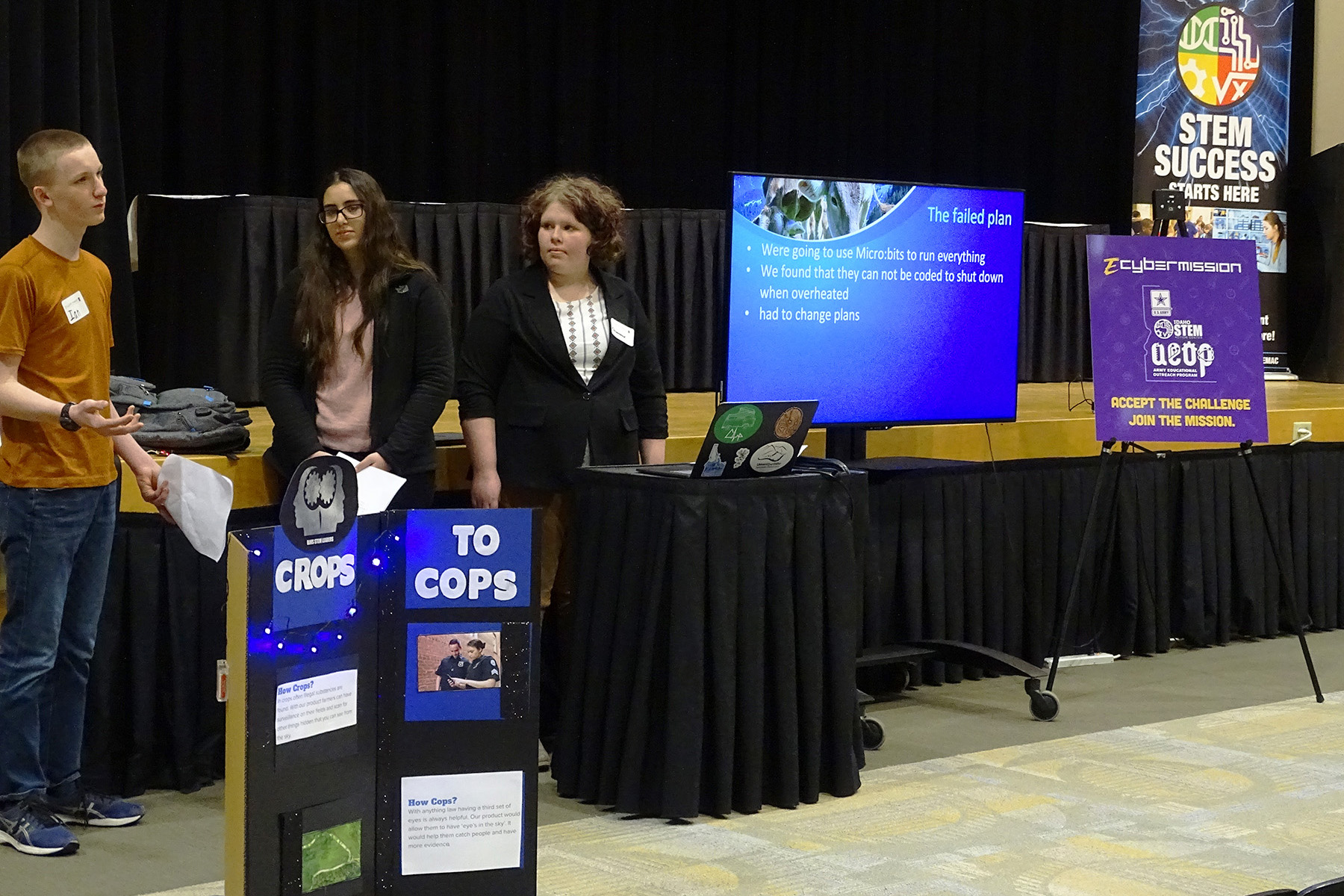 A team of eighth-graders from Burley is working to develop technology to make cattle ranching a bit easier. It's all part of a state-wide, first-of-its-kind competition.

BURLEY, Idaho — A team of eighth-graders from Burley is working to develop technology to make cattle ranching a bit easier. It's all part of a state-wide, first-of-its-kind competition.

The competition, called eCybermission, asked students to identify a problem within their community and use STEM skills to solve it.

"Students really do recognize issues they may have in their community and ways they can potentially solve these issues, and that's exactly what the Burley team did," said Dr. Angela Hemingway, executive director of the Idaho STEM Action Center.

The Burley team decided to focus on ranchers in the area after hearing some of their family members' struggles with keeping track of cattle while they're grazing in the mountains.

"The students proposed a project where they could track and monitor the health of the cattle via technology," said Kaywin Cottle, the team's advisor.

"So, if we were able to use it to our advantage and use drones or some sort of method so the cattlemen can know where they are," explained Charmaine Lowe, one of the team members.

The team decided to use preprogrammed drones to monitor the cattle's location, and alert the farmers if there were any changes to the herd. The students quickly realized the monitoring project could be applied to crops, and even help local law enforcement.

"As we researched more, we found that it could also be used to help cops to find people and to also scan fields for any illegal substances by using multiple cameras for a birds-eye view and heat sensing," explained Natalie Kornbau, one of the team members. "There would be a facial recognition camera to show only what it needs to and take pictures of it. There would also be a thermal camera that could show any highs or lows in the herds of cattle to make sure that you can get any animals that need to be taken care of back to where they can be watched more closely.

The team believes the technology will impact much more than Burley.

"I know farmers based in Twin, in Kimberly, in Jerome, and I could see them really using them," Lowe said.

The team presented their project at the eCybermission competition and took first place. Lowe says the whole process was a lot of hard work.

"I feel like sometimes people think that stem competitions are basically like big science fairs. They are not," Lowe said. "They take them to the next level. It's a basic science fair project taken to the extreme."

But hard work pays off.

"They each get a thousand dollar savings bond," explained Dr. Hemingway.

The team's advisor is also receiving funding to help further develop the project.

As of right now, the team says they plan to take their project to the national competition next year. If they do, it will be the first year ever that Idaho has had a team competing nationally.

If you'd like to support the team, you can reach out to their advisor.