DEVELOPING: Probable cause details discovery of Tylee and JJ’s bodies 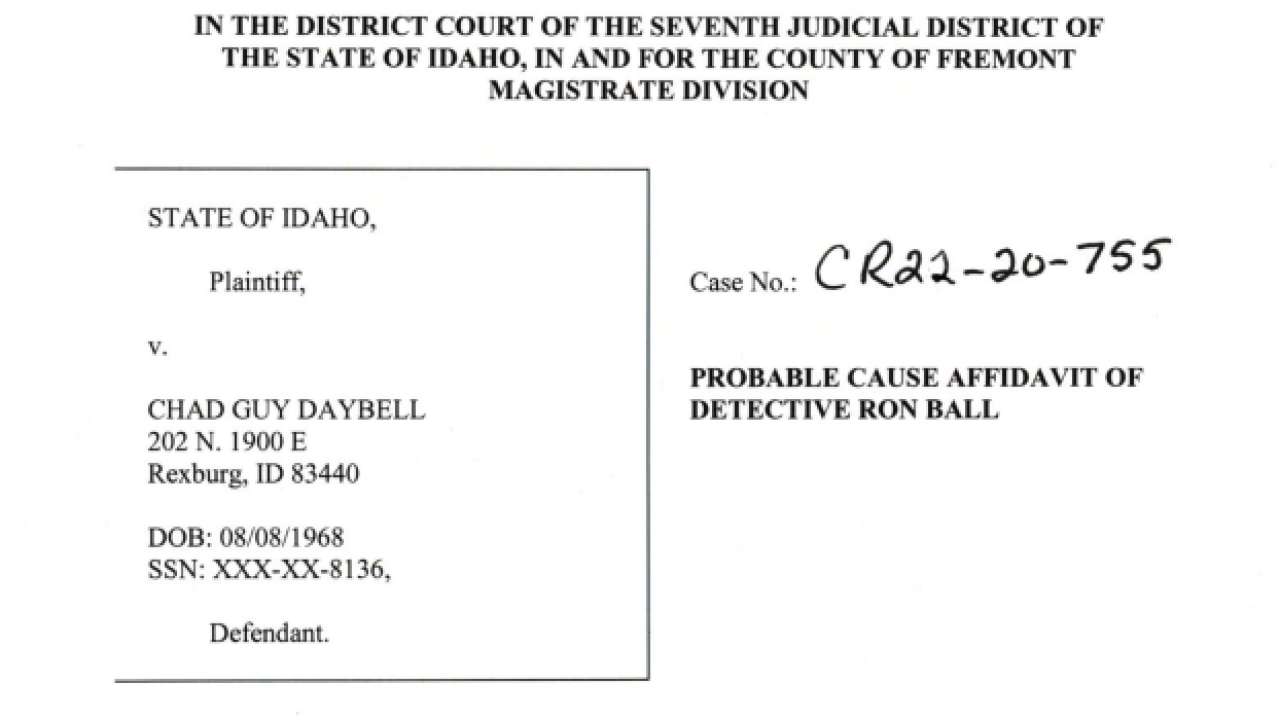 REXBURG, Idaho — UPDATE: Our sister station at KSTU reported on this story. Click here for their in-depth story on the case.

The probable cause affidavit in Chad Daybell's case was unsealed Friday.

Inside the document, Rexburg police link Lori Vallow's now-deceased brother Alex Cox to the killing of JJ Vallow and Tylee Ryan. The document then reveals one burned body and another wrapped in plastic, both found buried on Daybell's property in Fremont County.

Officials found animal remains and human remains during their search at a pet cemetery on Daybell's property.

The detective who reported on the case wrote that a close friend of Lori Vallow told police that Vallow told her the children had become "zombies," explaining further that a "zombie" is "an individual whose mortal spirit has left their body," and whose body is now a host to a separate "dark spirit."

The detective writing further that the friend told police that a "zombie's" true spirit goes into "limbo," and is stuck there until the host body is physically killed.

Click here for a PDF of Chad Daybell's affidavit.

This is a still-developing story. Full details will be updated as they become available.