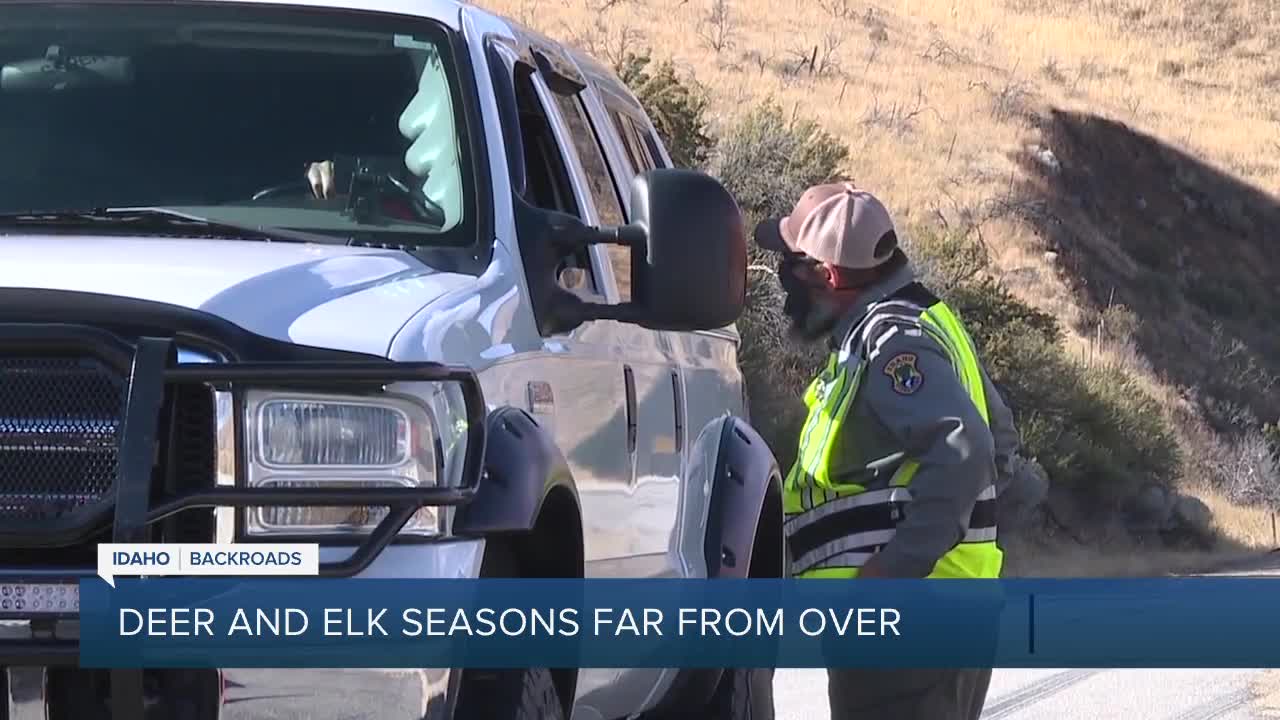 IDAHO — Deer and elk season opened more than a month ago in Idaho, and although deer harvests are down based on early check station reports, there are still plenty of opportunities for hunters out there.

“What we saw on opening weekend at our check station was actually less than what we expected,” said Idaho Fish and Game deer and elk coordinator, Rick Ward.

According to the IDFG website, this year's opening weekend had 5,412 hunters coming through check stations in mid-October with 578 mule deer harvested, along with 47 elk and 21 whitetails. At this point last year, 5,058 hunters checked 904 mule deer, 40 elk, and 63 whitetails.

Although they won't know the exact numbers for this season until January or February, Ward said there are a few reasons for the low harvest numbers.

One is the date of opening weekend.

In prior years, the usual October 10 opening day fell on a weekday, so more hunters have time to go through before the check stations open. This year, however, opening day was on a Saturday, meaning hunters didn't have as much time to hunt.

The weather was also a big factor, but the numbers are starting to change.

“Over the last few weekends, our check station numbers are more on par with normal. We’ve seen hunting and harvest numbers above average,” said Ward.

With a higher overwinter fawn survival last year, 2020's hunting season is far from over. There's still plenty of opportunities to harvest deer and elk.

“You can get a regular deer tag or a whitetail deer tag and head up North to hunt whitetail. There’s a lot, so opportunities up there and success rates are high,” said Ward.

IDFG will continue to run check stations to look for Chronic Wasting Disease.

“We are still asking hunters to submit samples, especially if they have hunted over on the Eastern side of the state, near the Montana, Wyoming, and Utah border because herds there have it, and it can come here as easily as one of them crossing the border,” said Ward.

They have not detected CWD in Idaho yet so officials are checking diligently and asking hunters to submit their deer heads to stop it before CWD is a problem in our state.

To find out how to submit your deer, click here.