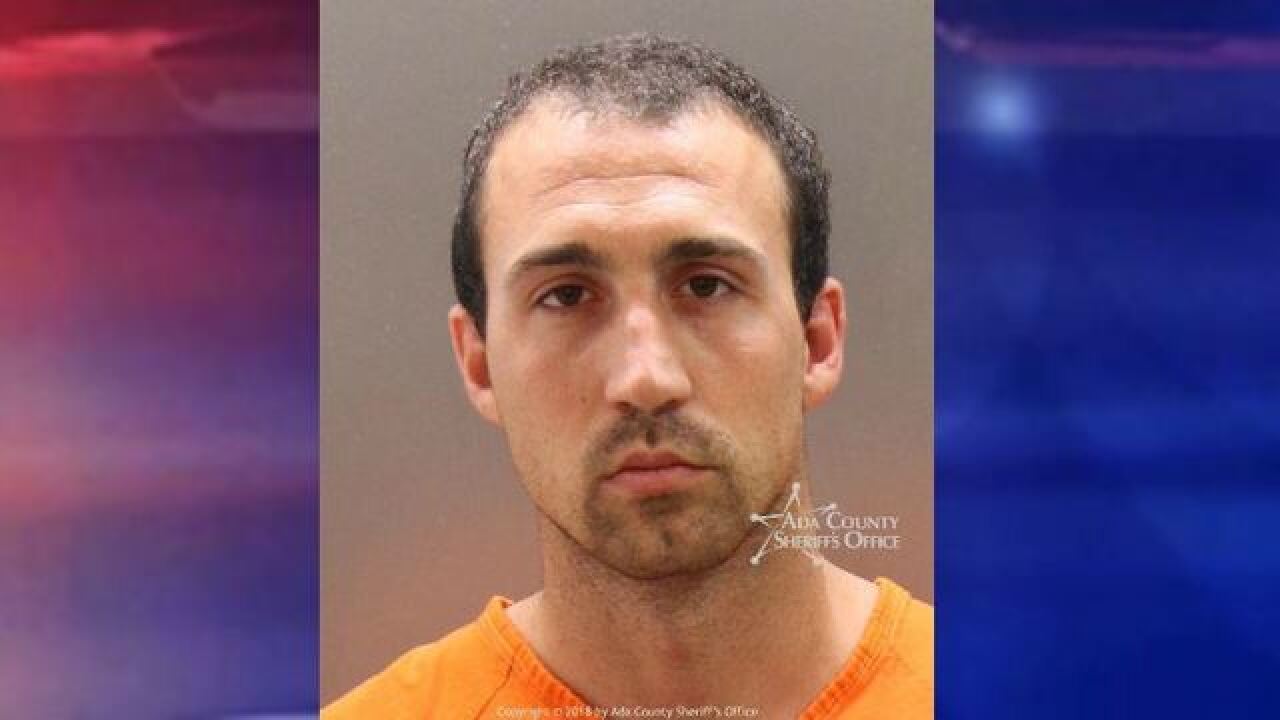 A 26-year-old man is charged with a felony after he drove a dead woman’s body to Eagle fire station Saturday.

Eagle Police arrested Zachary L. Pennisi who neglected to immediately report the death of a woman who appears to have overdosed on heroin this weekend at his home.

Police said Pennisi showed up at Eagle Fire Station #2 on E. Floating Feather Road around 7:30 a.m. on Saturday with the body of a 26-year-old woman in his pickup truck. Paramedics had declared the woman dead by the time officers arrived at the station.

According to Ada County Sheriff’s Office, Pennisi told detectives that he woke up around 7 a.m. and realized that the woman wasn’t inside his house, he then went outside to smoke a cigarette and found her unconscious and unresponsive in the driveway, so he put her in the truck, called 911, and went to the fire station.

Detectives then developed evidence that the story was not accurate - that the woman had been deceased for a much longer amount of time than Pennisi had told them, the Ada County Sheriff’s Office reported.

Police said they also found evidence of drug use at Pennisi’s home and determined he tried to conceal evidence. Pennisi is charged with a felony count of failure to notify or delay notification of death – a charge punishable by up to 10 years in prison and a $50,000 fine.

He was booked into the Ada County Jail and was released Monday after posting a $50,000 bond.

Pennisi is scheduled to make his next court appearance on August 27th.