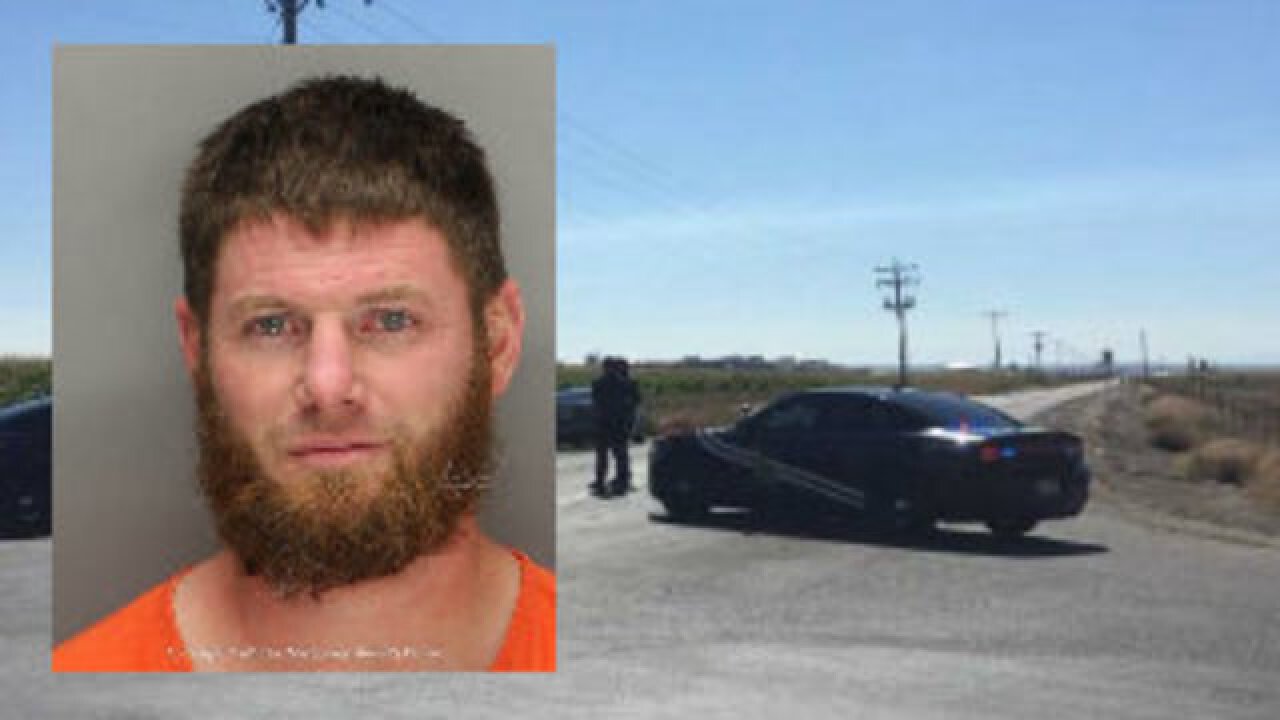 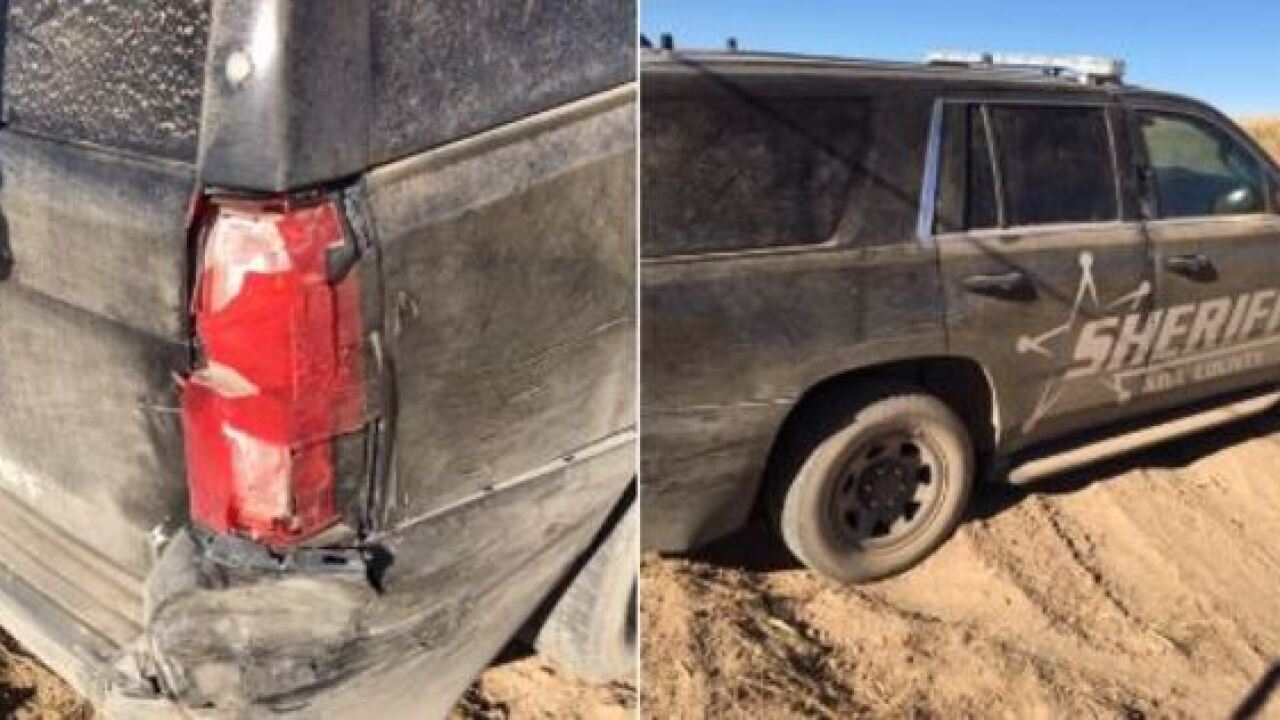 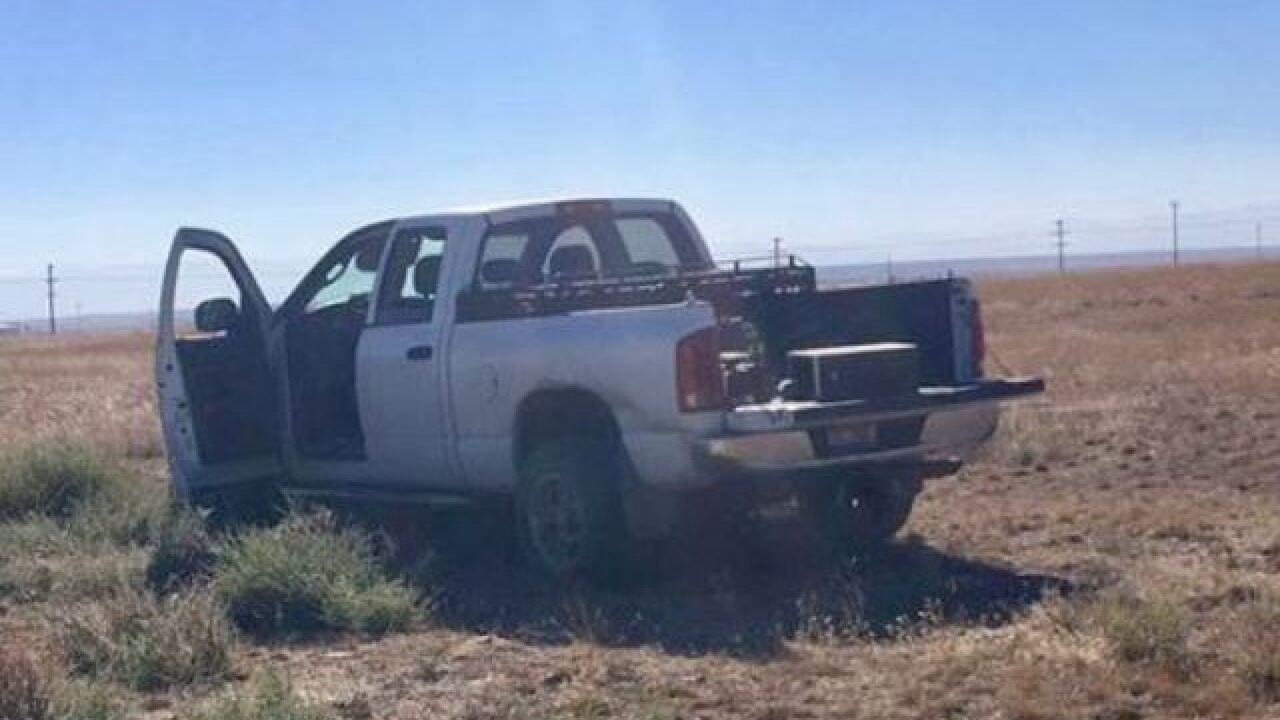 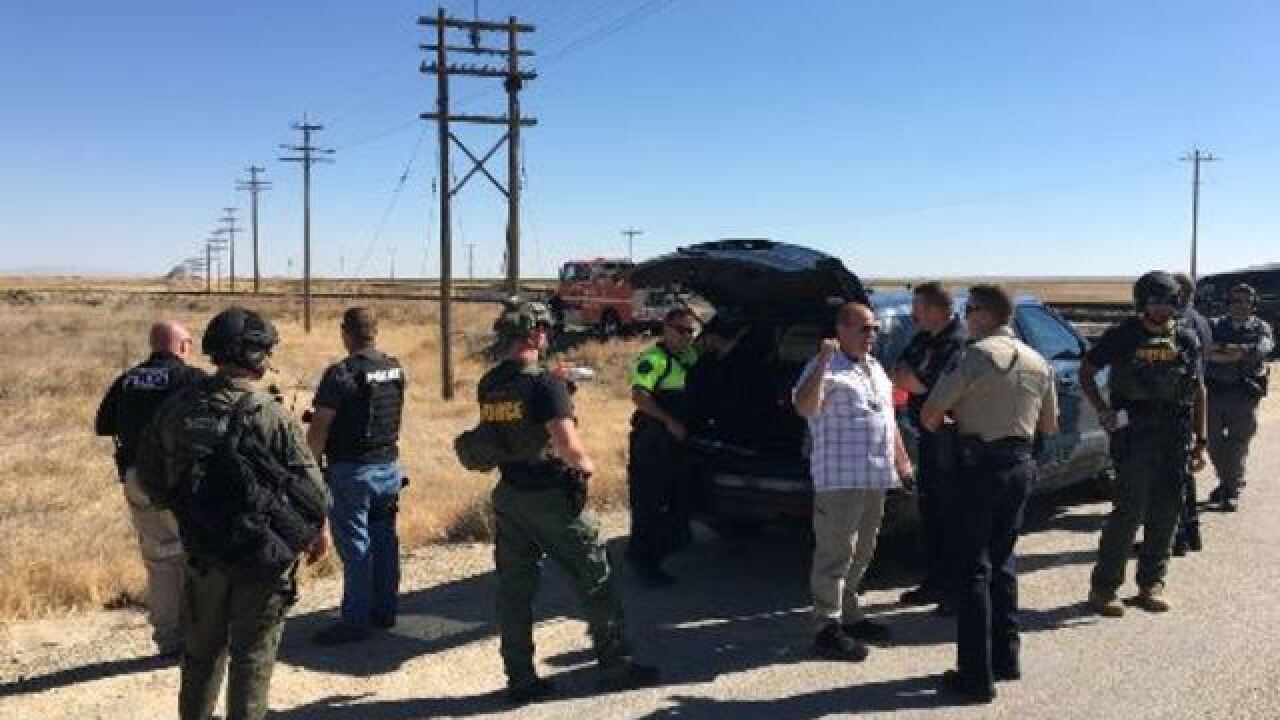 The suspect arrested in connection with a nearly eight-hour police chase and search Thursday is now in custody -– and is scheduled to make his initial court appearance in Ada County Friday afternoon.

“Honestly, it was like the ‘Dukes of Hazzard’ out there,” said Meridian Police Deputy Chief Tracy Basterrechea, in reflecting on the incident.

It began about 11:30 a.m. Thursday when Meridian Police began investigating calls of a suspicious person in a neighborhood near West Franklin Road.

“Witnesses told us a man was jumping fences and going through yards,” Basterrechea said.

“Then, unbeknownst to us at the time, the suspect appeared in the parking lot of a business on West Franklin Road. Witnesses say the man appeared drenched with sweat, as if he had been running,” Basterrechea recalled.

The suspect -– later identified as Travis Darrel Tennant, 36 -- then allegedly stole an unlocked pick-up truck belonging to one of the company’s employees.

The workers who moments earlier had confronted the man tried to stop him “… but he almost ran one of them over with the truck,” Basterrechea said.

A Meridian Police officer who spotted the truck being driven recklessly tried to stop the driver, but was unsuccessful.

The driver sped away –- and the chase began.

“At one point, we cancelled the pursuit near Eagle and Columbia Roads, when we lost sight of the suspect,” Basterrechea said.

But the pursuit resumed when the driver was spotted driving through the Falcon Crest Golf Course, north of Cloverdale and Kuna Roads.

Deputies from the Ada County Sheriff’s Office and the Boise Police Department soon joined the pursuit.

The driver reportedly led officers through fields and down dirt roads in south Ada County, stretching from Eagle Road to Kuna More Road, south of the Idaho State Penitentiary.

“The driver even crashed through an irrigation company gate,” Basterrechea said.

One officer involved in the pursuit commented that, at one point, the vehicle “became airborne” as it sped through fields.

About an hour later, the pursuit ended near Cole and Barker Roads after the pickup struck an Ada County Sheriff’s Office patrol vehicle, according to a ACSO tweet.

“By that point, the (pickup’s) radiator was pretty damaged,” said Basterrechea.

The driver jumped out of the vehicle and took off on foot, police stated.

Officers and deputies immediately set up a several-mile wide perimeter.

They searched homes in the area -- and the CS Meat Packing Plant at the end of South Cole Road was placed on lockdown for a while as the manhunt continued.

Idaho State Police joined in, as did a private pilot.

But the suspect was not located.

About 7 p.m., authorities called off the search.

Tennant was eventually taken into custody about 11 p.m., near where the search took place, Basterrechea said.

Details of how Tennant was located were not immediately available.

Tennant was booked into the Ada County Jail around 2 a.m. for felony grand theft, aggravated assault, eluding officers, and battery on an officer. He also faces a misdemeanor charge of resisting and obstructing an officer.

He is scheduled to be arraigned Friday afternoon.

Records show Tennant is on parole after being convicted of drug trafficking.