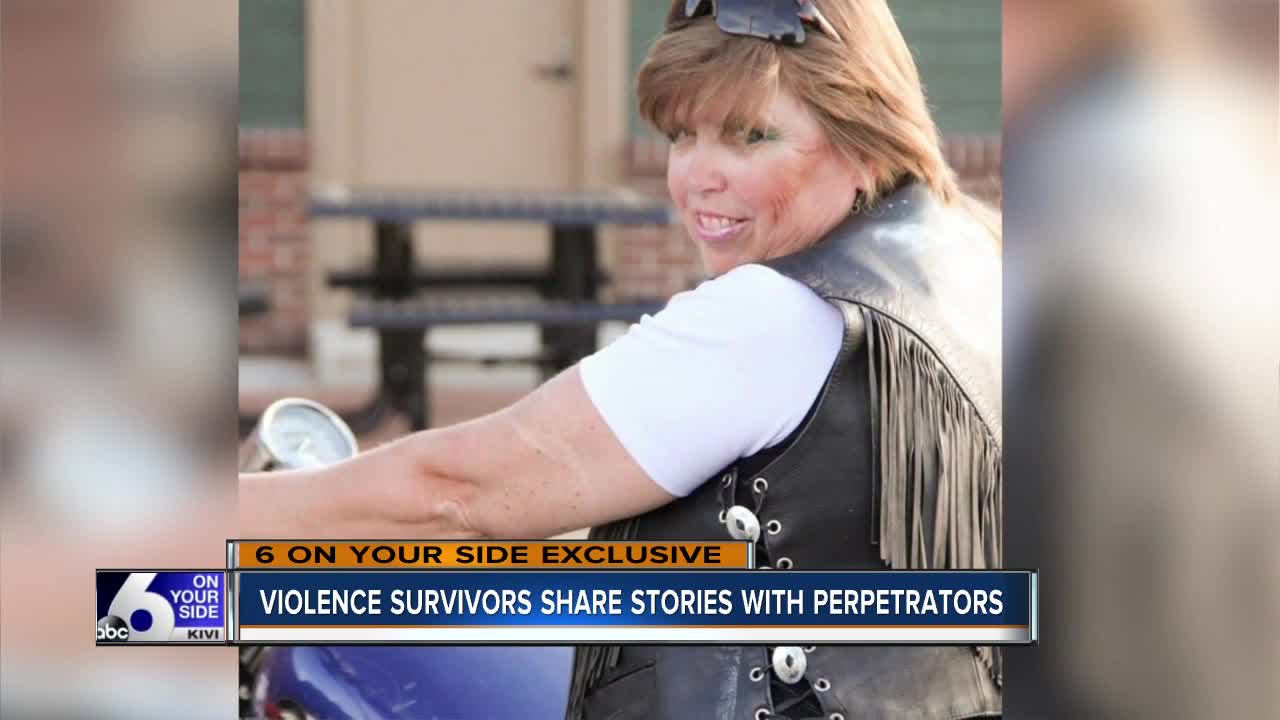 After years of violence and living in fear, domestic abuse survivors in Canyon County are sharing their stories. But they're not sharing their traumas with just anyone; rather, local offenders of domestic violence, sitting directly in front of them. 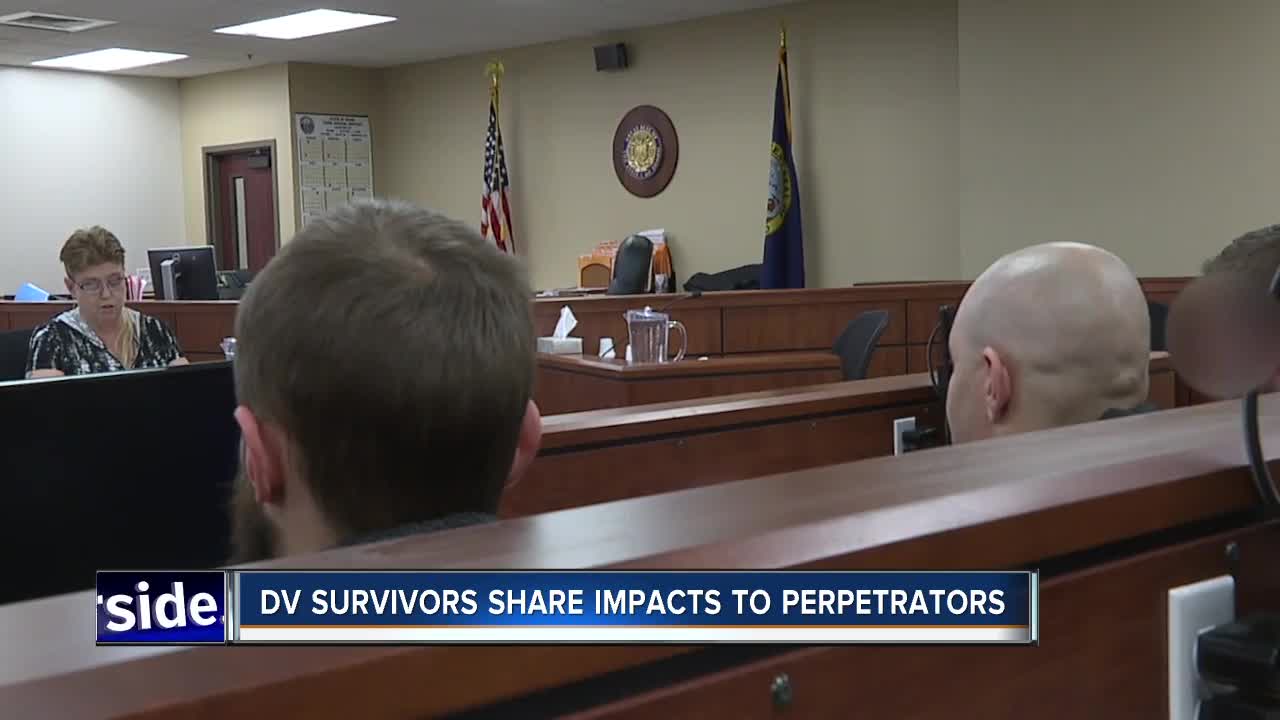 CALDWELL, Idaho — After years of violence and living in fear, domestic abuse survivors in Canyon County are sharing their stories. But they're not sharing their traumas with just anyone; rather, local offenders of domestic violence, sitting directly in front of them.

It's called the Domestic Violence Impact Panel, and one survivor is hoping to spare others from the terrors she endured.

She's been sharing her story with perpetrators for the last few years, and she says it's even helping her to heal.

"I do have a voice," said Kandy Hutson, survivor of domestic abuse, to a room full of offenders. "He would either slam my head into the window several times, or backhand me, or he would even grab me by the hair and pull my head down to the seat."

Before ever speaking to offenders on this panel, Hutson says she suffered through about 20 years of a marriage where she felt she did not have a voice.

"When you have a bruise or a cut or something like that -- that disappears, but when you're told repeatedly over and over again, 'You're worthless, you don't amount to anything, what you say doesn't matter,' that actually cuts you to the quick," said Hutson.

A collaboration by Canyon County residents and groups, this panel includes other survivors who meet every so often to make domestic violence offenders currently in treatment programs aware of the lasting impacts abuse can have, like on Hutson's two sons, for instance:

"They knew that I was being abused even though he did it in another room where they couldn't see what was going on."

And sadly, their family's not alone. In 2017, Idaho State Police reported almost 5,800 incidents of violence between spouses, ex-spouses, and those in dating relationships.

Huston escaped his cycle of control when coworkers noticed a bruise. This-- prompting her to go to therapy and report the incident.

"I've been rebuilding myself as a woman and as a mother," said Hutson. "And I know this sounds strange, but I actually learned how to ride a motorcycle, and I went from here in Nampa... I got to Illinois and realized, I had just driven halfway across the United States, on a motorcycle by myself. If I can do that, I can do anything I want to do. I don't need a man to stand beside me and tell me what I can and can't do."

Now, as an active participant in this panel...

"Sometimes I've even seen some of the guys almost start to cry."

She reminds offenders of the respect all people deserve, in hopes of someday saving the next survivor.

"I will get back up, dust myself off, and carry on."

Reporter's note: The offenders declined to go on camera, but I had the opportunity to speak to some of them after Hutson read her lette, and what a few of them said, was that their eyes were opened to how impacts of abuse can trickle down generations, and affect the kids as well.

If you or someone you love is in a situation of abuse, please call the Women’s and Children’s Alliance Domestic Violence Hotline, at (208) 343-7025.