Did Roger Miller really compose “King of the Road” in Boise? 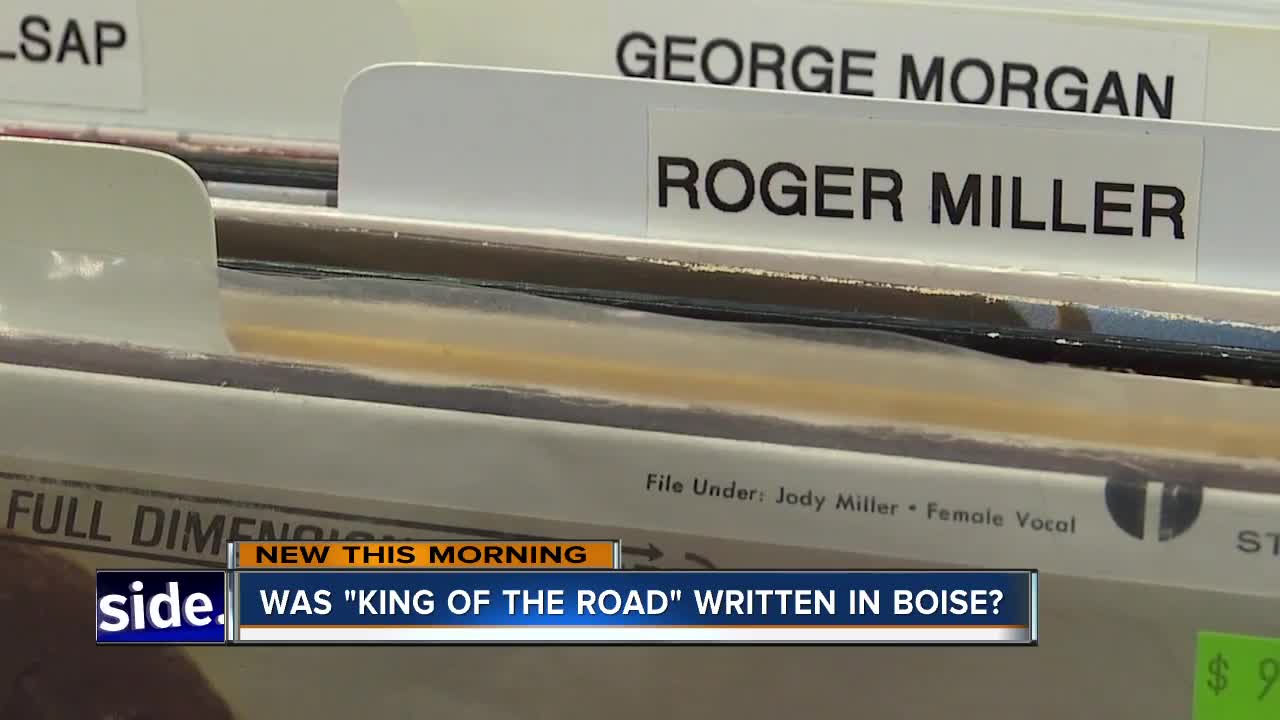 King of the Road

BOISE, Idaho — Twenty-seven years ago this month, country music icon Roger Miller died of cancer … leaving behind a whole slew of hit songs that have survived over the years.

What has also survived is the belief that he got the inspiration for his signature song –- “King of the Road” -– right here in the Treasure Valley.

But did he really? Or is it simply an urban legend?

Back in the Sixties, when songs were played on vinyl records and AM radios, listeners knew well the story of a down-on-his luck hobo … smoking stogies … railing the rails … earning his keep wherever he could.

Roger Miller’s song “King of the Road” was a huge hit back then, topping the Billboard charts and selling more than ten million records.

Miller was known for composing songs while on the road, scribbling down lyrics here and there, between all his concerts and TV appearances.

Rumor has it his main inspiration for the “King of the Road” song originated right here in Boise.

Miller performed at the Snake River Stampede in Nampa back in 1972.

Boise broadcast historian Frank Aden remembers it well. “He came out on stage and, before he sang, he said, ‘For any of those who are here from Boise, you’ll be proud to know that I wrote King of the Road in Boise.’”

Many have heard Miller reportedly wrote the song while staying at a downtown hotel. Some say it was the Idan-ha. Others say: no, it was the Hotel Boise -- which is now the Hoff building.

And still others have heard Miller got the idea for the song while passing through the Boise airport. Liner notes of Miller’s CD box set seem to confirm that.

Aden has the box set in his collection, which reads in part, “In Boise, to ‘induce labor,’ as he put it, he bought a statuette of a hobo that he found at the airport gift shop and stared at it until he got the rest of the song.”

Another rumor says Miller saw a sign reading “Trailers for Sale or Rent” –- words that would later become the song’s opening lyric -- in a trailer sales lot along Garrity Boulevard in Nampa.

Boise resident Rick Just has done a lot of research on Idaho history. “Roger Miller always said -– he’d change his story quite a bit -– but he said, he saw signs out of Chicago, out of Indiana, (even in the town of) Kitchener, Ontario, Canada. He always liked to tell a good story," Just stated.

A story that seemed to change from concert to concert.

So we asked the guys at downtown Boise’s Record Exchange, who know a thing or two about songs and their histories, about where the song originated -- and even THEY couldn’t come up with a straight answer.

But one thing’s for sure. “Its cultural weight is far greater than just a song. And everyone can relate to it,” said Record Exchange spokesman John O’Neil.

Well, yes, at least part of that iconic song was probably written here in Boise. Miller reportedly confirmed that a number of times.

But was it inspired by a hobo statue he saw at the Boise airport gift shop? Or by a sign in a local trailer sales yard?

Since Miller died in 1992, those rumors will likely stay as legendary and mysterious as, well, a hobo riding the rails.