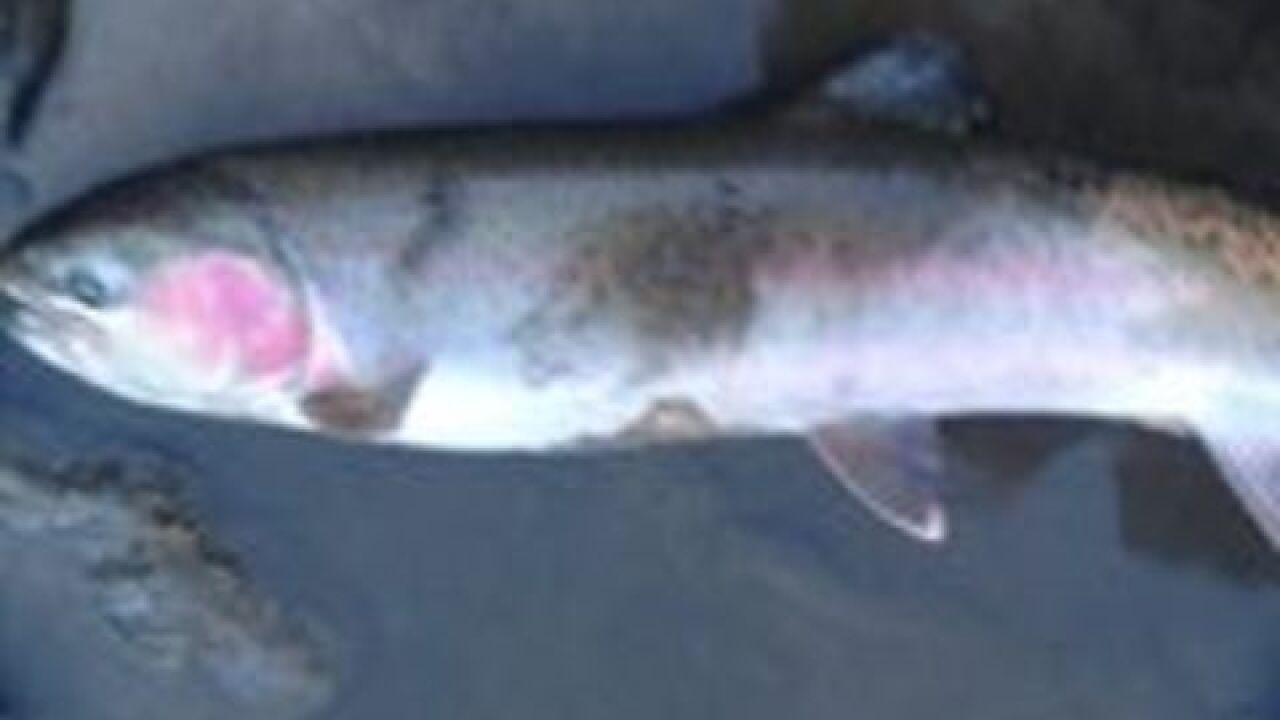 BOISE, Idaho — Idaho Fish and Game officials say they are keeping a close eye on steelhead returns at the Bonneville Dam, but it appears to be smaller than forecasted already.

Through September 12, biologists estimate about 372 Clearwater hatchery steelhead have passed Bonneville Dam based on PIT tags. The small, electronic tags are embedded in fish and help biologists know which river migrating steelhead are destined for. On average, about 35 percent of the hatchery steelhead returning to the Clearwater River would have passed Bonneville Dam by September 12.

A group appointed by Governor Little now has to figure how to save Idaho salmon, saying the work to restore the numbers will take time.

The group has been under pressure to deliver answers after three consecutive years of extremely low salmon returns. The director of the Idaho Office of Species Conservation says the process could take up to two years.

In August, the Commission reduced the statewide bag limit to one steelhead per day, which should allow enough fish to return to hatchery traps in the Snake and Salmon rivers to meet broodstock needs in those rivers. Staff will continue to monitor steelhead returns and evaluate management actions they might propose to the Commission regarding the Clearwater steelhead season if further changes are needed.

Nearly all salmon and steelhead runs in Idaho are protected under the endangered species act.