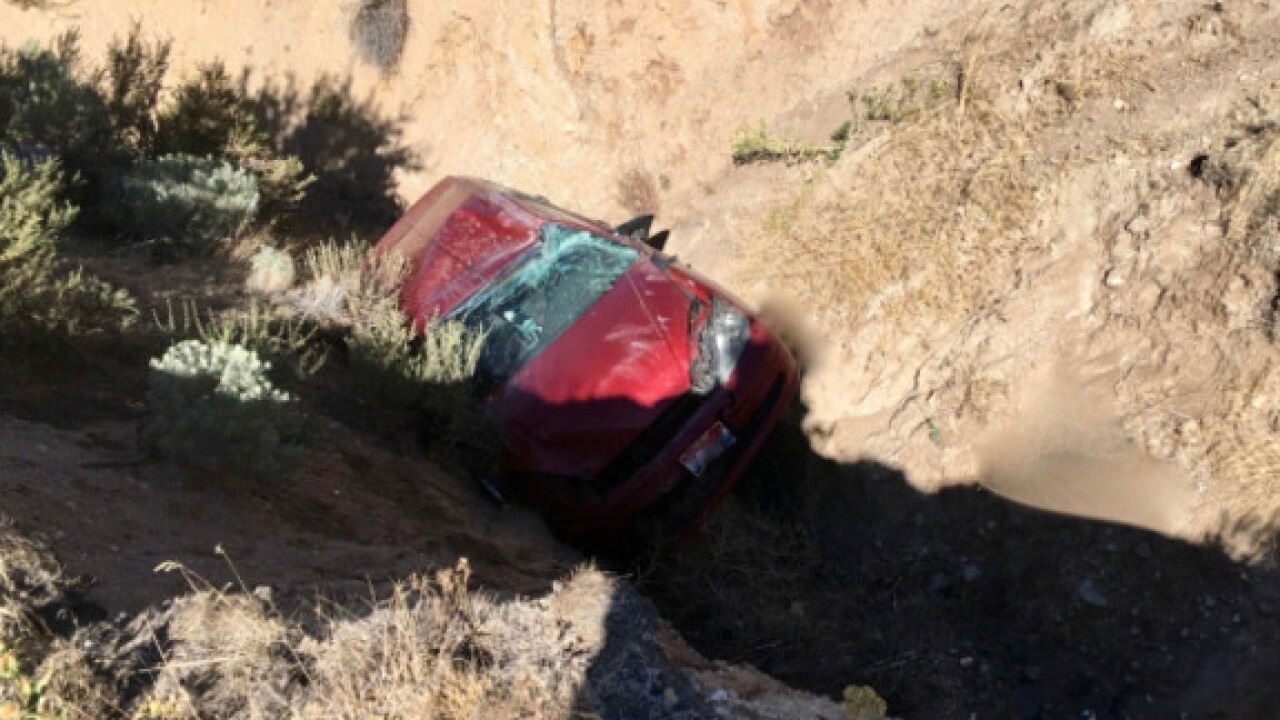 Ada County detectives are seeking information on who pushed a red Ford Focus over a cliff and into a ravine near Table Rock late last month.

Deputies began their investigation around 2 a.m. on August 31 when a woman called Ada County dispatch to report that someone stole her car from the parking area near Table Rock.

According to Ada County Sheriff's Office, the woman said she parked the car near the bottom gate just before midnight, closed the windows and locked the doors, and then walked up the hill with a friend to check out the view from the top of the plateau.

There were several other cars parked nearby at the time, and the women saw over a dozen people walk down the hill as they were walking up that night, said the report.

The woman and her friend spent about 90 minutes at the top of Table Rock and then walked down to the parking lot where they found the car was gone.

She called Ada County Dispatch to check if her car was towed, but it was not. She then looked around some more and reported it as stolen.

Officers said the next morning a family member of the woman found the car at the bottom of a ravine, several hundred feet below where it was parked the night before. The car was damaged beyond repair, a tow truck had to pull out the wreckage.

Deputies found out the car was still locked and what remained of the windows showed they were closed when the vehicle went off the cliff. The parking brake was engaged. A purse and backpack were still inside the car.

Police said they found some damage to the back of the car indicated a much larger vehicle – likely a pickup truck or something bigger – drove up behind the car and pushed it over the cliff.

The women did see a pickup truck in the area when they arrived at the gate earlier that night but were not able to provide a detailed description.

Anyone with information should call Ada County dispatch at (208) 377-6790 or send an email to cau@adacounty.id.gov.