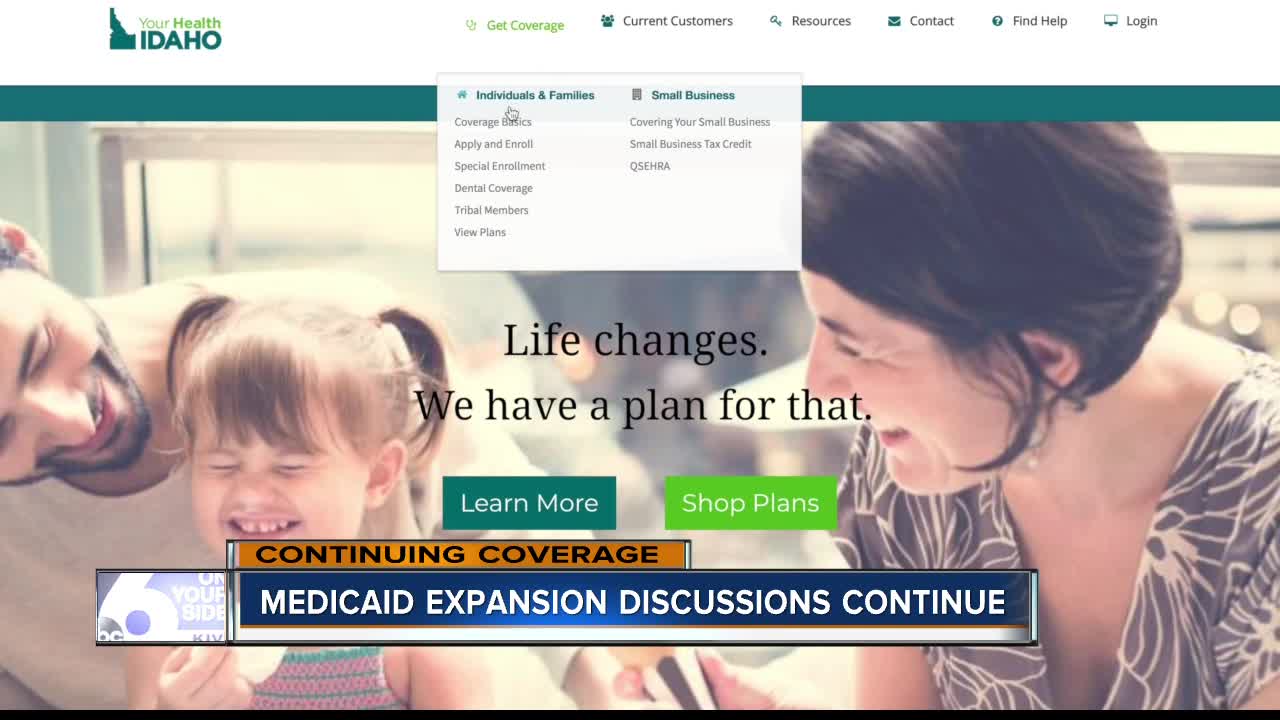 BOISE — Dozens of Idahoans met at the Department of Health and Welfare Monday to testify on a first-of-its-kind waiver that would offer Idahoans, eligible for Medicaid expansion, to either choose Medicaid or be given a tax credit to purchase a health plan through the Idaho insurance exchange.

"This is veiled as a choice. It really creates kind of a false choice because Medicaid expansion is much cheaper to the individual,” said Sam Sandmire, volunteer for Reclaim Idaho.

This medicaid expansion related waiver, the first of its kind in the United States is proposed to give Idahoans who are between 100 and 138-percent of poverty level two options for government-subsidized health care. Option one, using a government tax credit, Idahoans at that poverty level would be given the option to select a healthcare plan using Idaho's healthcare exchange.

"The worry is that people who earn between 100 and 138 percent of the poverty level, would not be able to afford these plans. And then if they couldn't afford the premium or the copay or the deductible, would they be kicked off these plans," said Sandmire.

Or they could choose option two, Medicaid, but Sandmire is worried Idahoans won’t know they have that option, "The waiver is unclear as to whether they would be given both plans side-by-side so that they could compare the options."

Now, the Idaho Department of Insurance says they are accepting public comment.

"There may be, for whatever reason, some people that just don't want to go down the Medicaid route, prefer to pay their premium on their own or there may be certain doctors that they may not be able to access under one path or the other," said Weston Trexler, Bureau Chief of Product Review at the Department of Insurance.

If the waiver is approved, those people in the gap will still be eligible for Medicaid, however.

"It's just giving that choice that they'll decline the tax credit and then be able to enroll in Medicaid," said Trexler.

But whether the two choices will be presented side-by-side to the individual is still up in the air.

"At this point that's kind of an operational decision and I hope that that is the way it works out. The waiver process, the waiver application really is intended just to let CMS know that we want to give that choice," said Trexler.

The Idaho Department of Insurance is still taking public comment online or by mail, you can find more on that by clicking here.

Medicaid expansion is set to take effect on January 1, 2020.