Aspiring firefighters didn't have to travel far to attend an academy. 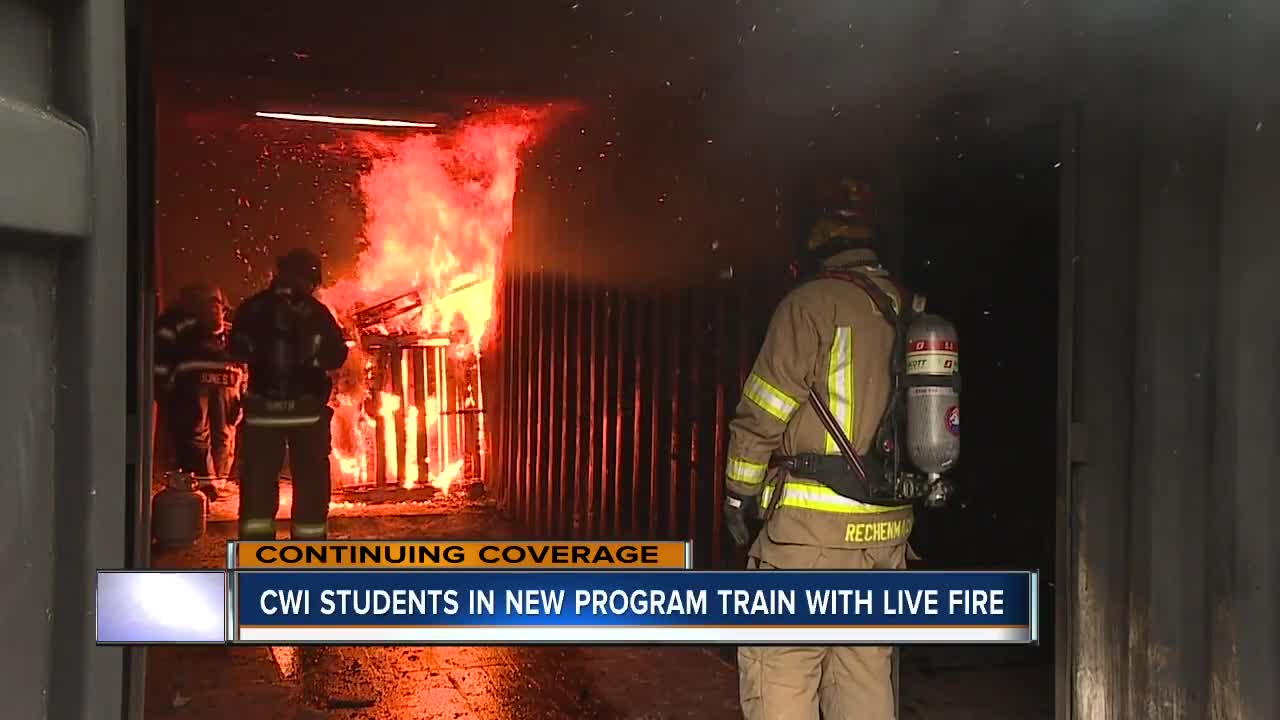 For the past 16 weeks, College of Western Idaho (CWI) students have been going through a rigorous certification prepping process, including lowering baskets and ladders from high-rises to transport equipment and people down burning buildings. Now, as they grow closer to finishing their semester-long course, they're participating in live fire trainings. 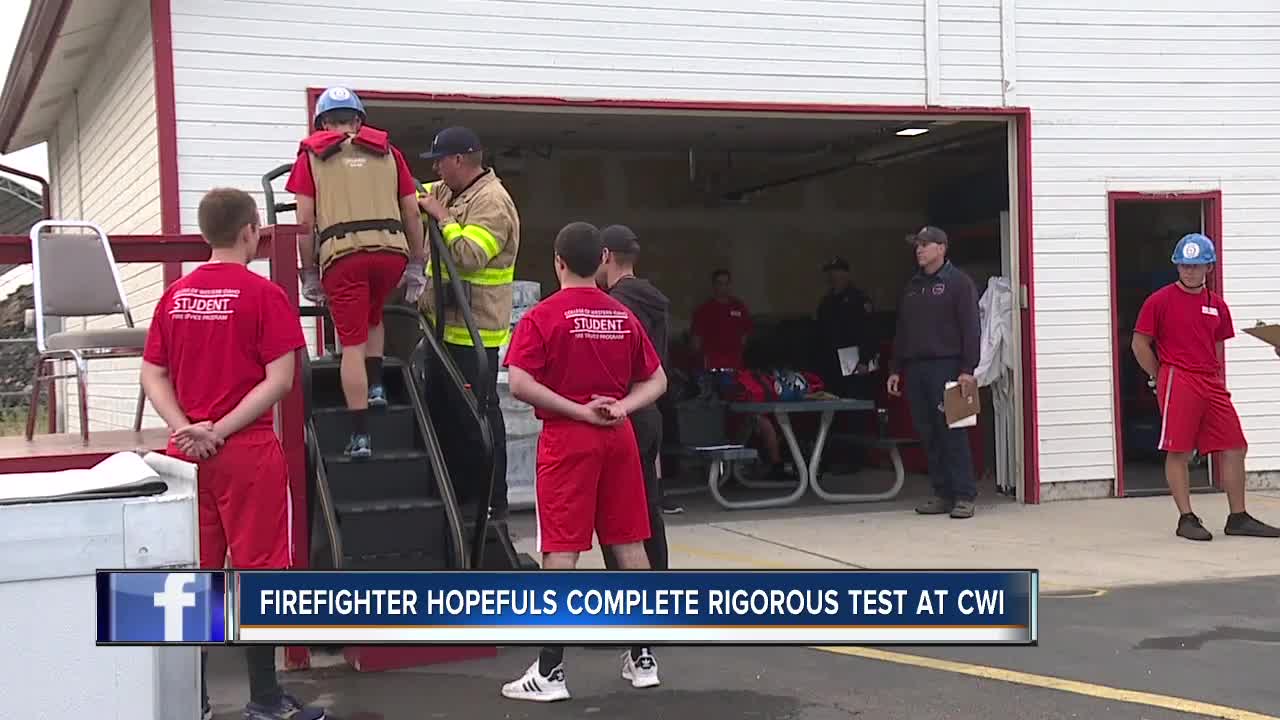 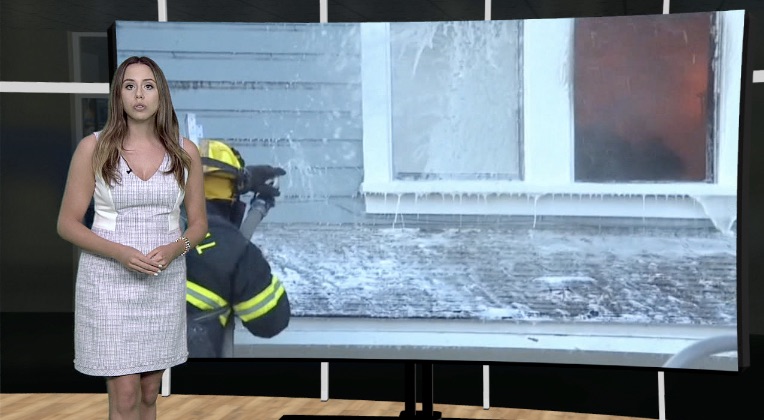 For the past 16 weeks, College of Western Idaho (CWI) students have been going through a rigorous certification prepping process, including lowering baskets and ladders from high-rises to transport equipment and people down burning buildings. Now, as they grow closer to finishing their semester-long course, they're participating in live fire trainings.

"Live fire is going to simulate exactly what they're going to be at on those live fires that they'll have when they get hired as firefighters," said Kevin Platts, Director of Public Safety Programming, CWI.

For the past three to four years, eleven Treasure Valley fire departments have been working to create this curriculum. Platts it is purposefully designed to reflect the same training employees receive at local fire stations.

"Once you feel that heat multiplied by 100 sometimes -- or you get into that confined space with that kind of smoke and you can't see a hand in front of your face and you're still expected to do your job -- that's what we're simulating here today," said Platts.

The ultimate goal is to keep talented Idaho fire professionals in Idaho.

Treasure Valley residents interested in becoming firefighters will no longer have to travel far to attend a fire academy. CWI is now offering a "Fire Service Technology" certificate program that local fire department staff say will help fill important needs in the community.

"It was kind of the dream to have locally a place where kids could go to get fire training," said Chief Kirk Carpenter, Nampa Fire Department.

It's been a long time coming.

"We've grown from seven to 11 fire departments now that have been involved on working on this for the past three plus years," said Platts.

The fire certification program is a semester-long, first-of-its-kind program in the Treasure Valley. Before this, Chief Carpenter said, "You'd have to go to Salt Lake City or Salem, Ore. Those are the closest facilities that would have a regional fire academy."

More than 84 students were interested in applying for the program, the firefighter hopefuls are being interviewed Monday and Tuesday for the 20 available spots, according to CWI's Director of Public Safety Programming.

"It's an opportunity for us, as fire departments in the area to-- number one-- not send our children away to gain this training, right? Keeping our talent in the area. As well as have the opportunity not just to instruct but to really recruit," said Chief Carpenter.

Chief Carpenter said they intentionally mirrored the program to reflect the same type of training employees are required to endure at local fire stations.

He also said his hope is that graduates of the certificate program will have the skill-set needed to be directly hireable at any department, including his, but especially to fill the needs in local stations running on part-time/on call and volunteer programs in smaller communities like Kuna, Parma, and Melba.

"I think that you have a part-time on call or a volunteer program, you have in today's world a difficulty in keeping people," said Chief Carpenter.

They said they are hoping the certificate program will make graduates directly hire-able for those departments-- and the larger ones as well.

"While serving those smaller communities, they're gaining experience for when a department like Nampa would hire them," said Chief Carpenter.

Platts described the program, which begins this fall, as immersive and hands-on. He said instructors from eleven departments across Southwestern Idaho will work with the selected students to analyze and solve problems in hands-on situations, including demonstrations, live burns, and a physical fitness course designed specifically for firefighters.

"They're actually at a fire academy, going up and down the fire stairs, and going into smoke houses, and going in and breaking doors, and learning how to cut roofs and all of that stuff," said Platts.

He said the curriculum was mirrored to reflect the same training employees get at local fire stations-- not to mention the networking opportunities.

"It's actually the fire professionals who are out there teaching. So it's gonna be those Captains, those Lieutenants, those Batallion Chiefs, Division Chiefs, that you're gonna be working with out there," said Platts.

The course will include demonstrations, live burns, and a physical fitness course designed specifically for firefighters, according to Platt-- all in an education setting.

Actually, starting in fall of next year, Platts said the city of Meridian will be the first in Idaho to require certain certificates and degrees.

"They are going to require-- to get promoted to captain-- an AAS degree, and then to become a Batallion Chief or Division Chief, they're gonna require an AA degree or an AS," said Platts.

Those selected for the program after this week's interviews will begin classes in mid-August at Nampa's training academy.