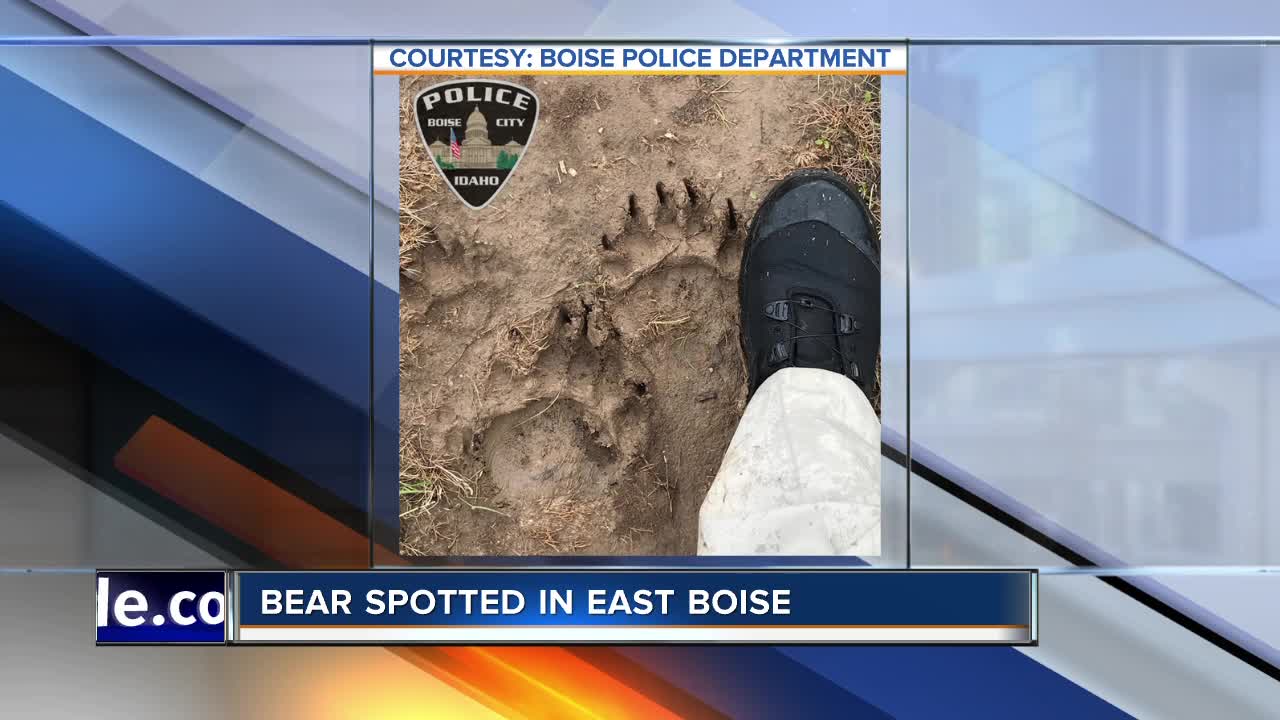 Boise Police and Idaho Fish and Game officials are monitoring a black bear wandering near Micron and the New York Canal north of Surprise Valley.

Fish and Game spokesman, Roger Phillips, says the bear was reported Wednesday morning near Micron. Phillips says Fish and Game has received multiple reports of the bear wandering between Micron and the New York Canal.

Phillips believes the bear is around two years old, and was last seen wandering in an area next to the water near the canal north of Surprise Way.

Boise sometimes sees black bears move through the area, but usually in the fall. Officials say it's unusual for a bear to come into the city looking for food this time of year.

Ada County dispatchers say the original call came in around 8:00 a.m. of a bear wandering near Highway 21 near Amity.

Police say they tried to move the bear south to the desert, but the bear returned to the neighborhood.

All residents are asked to stay inside. If you're out and about, please avoid the area of Surprise Way and Schooner.

Fish and Game officials will continues to look for the bear, but if it seems to go back toward the foothills or other unpopulated areas, it will be allowed to continue.

If the bear stays near homes, Fish and Game will attempt to tranquilize the bear and move it, but if tranquilizing it is not a safe option, the bear will be dispatched.

Around 8am officers responded to reports of a bear in Surprise Valley. Officers quickly coordinated with Fish and Game, the experts in wildlife management. (1/2) pic.twitter.com/Hm3adYXYTN