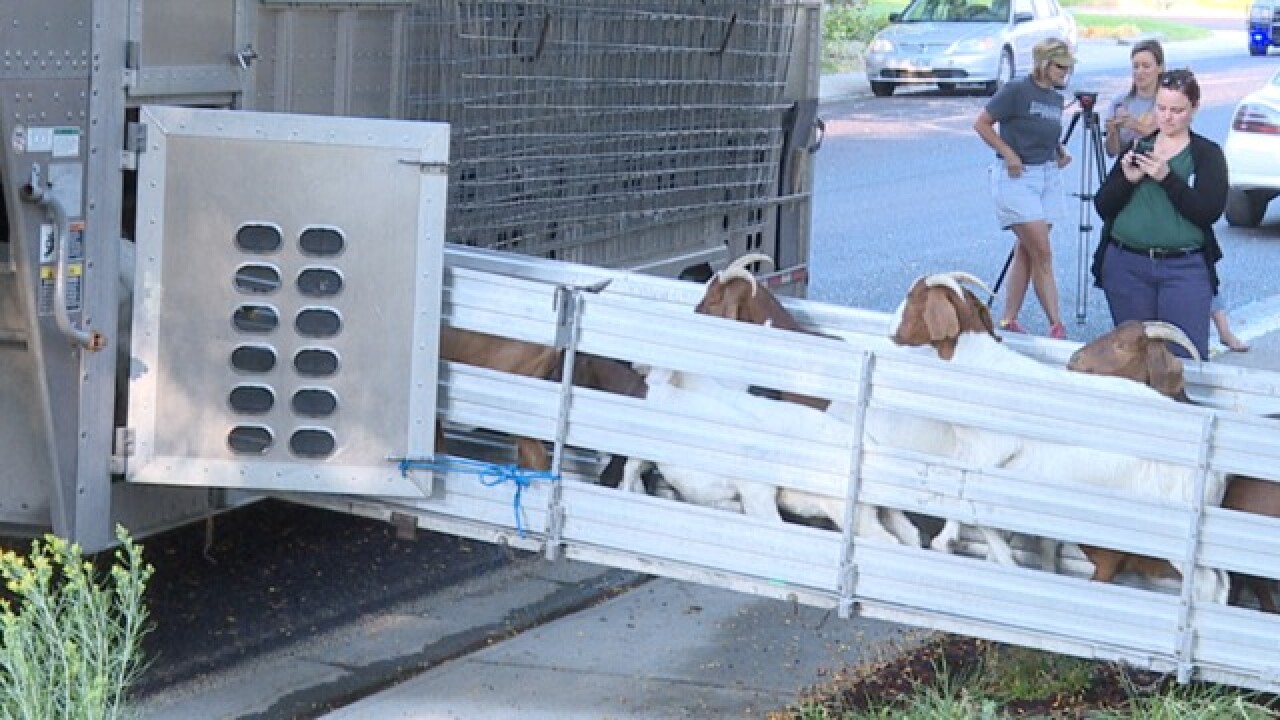 According to an Ada County dispatch supervisor, a call came in about 7 a.m. regarding several dozen goats in the neighborhood of Sunnybrook and Summerwind Drives, near the intersection of Five and Ustick Roads.

Animal Control officers initially responded to the scene, but soon found that there were too many goats to handle. So a company called We Rent Goats were called in to round up the animals.

Initial reports say the goats were grazing in a nearby field and somehow got loose.