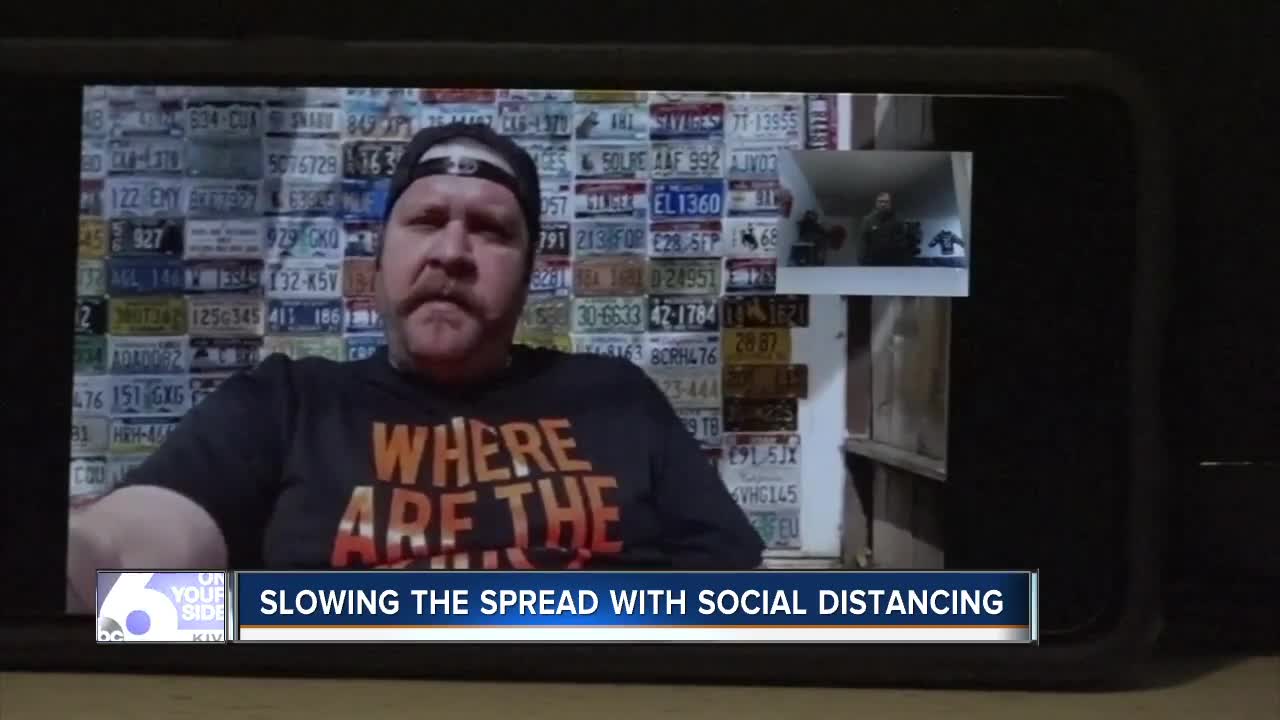 BOISE, Idaho — Suds Tavern has been a staple in Boise since 1954, and like every other bar in the City of Trees, the bar is closed because of concerns over the spread of the coronavirus.

However, Scott Burney, who owns Suds Tavern, doesn't believe people are responding to the COVID-19 pandemic like they should be doing.

"I know I speak for a lot of people that own small businesses, it is going to be a struggle to stay in business after this blows over," said Burney. "But people aren't taking this seriously."

All over Boise, people were getting outside to enjoy the beautiful weather. However, there were many instances we saw where groups of people gathered together.

"I understand people are trying to get out and they are going a little stir crazy, but it concerned me that people are getting out and meeting up in groups," said Burney.

Burney took his dog to the Lucky Peak area on Saturday in an effort to get out of the house. However, he said there were so many people out there that he couldn't find a private spot to let his dog out, so he just came back to Boise without even getting out of his car.

Burney believes this will contribute to spreading the virus quicker, and he believes that will put his business in jeopardy of being forced to stay closed for a longer period of time, but he's also concerned for his father who has a terminal lung disease.

"These people don't think about this kind of stuff," said Burney. "I can't go over and see him, and I might not be able to see my dad for several months."

For people who want to travel further north, 6 On Your Side has also heard from leaders in Stanley, the Garden Valley / Crouch area and Valley County from Cascade up to McCall, leaders in these communities are asking people not to visit their towns.

While these communities thrive on tourism, they don't have the infrastructure to be able to handle a possible COVID-19 outbreak, so they advise people not to travel to their area.

"People need to stop worrying about themselves and start thinking about other people," said Burney.

Burney also hopes there will be more regional or statewide directives because he told us while the bars in Boise are closed, people can still go over to Garden City, Meridian or other places if they want to go out to the bars.