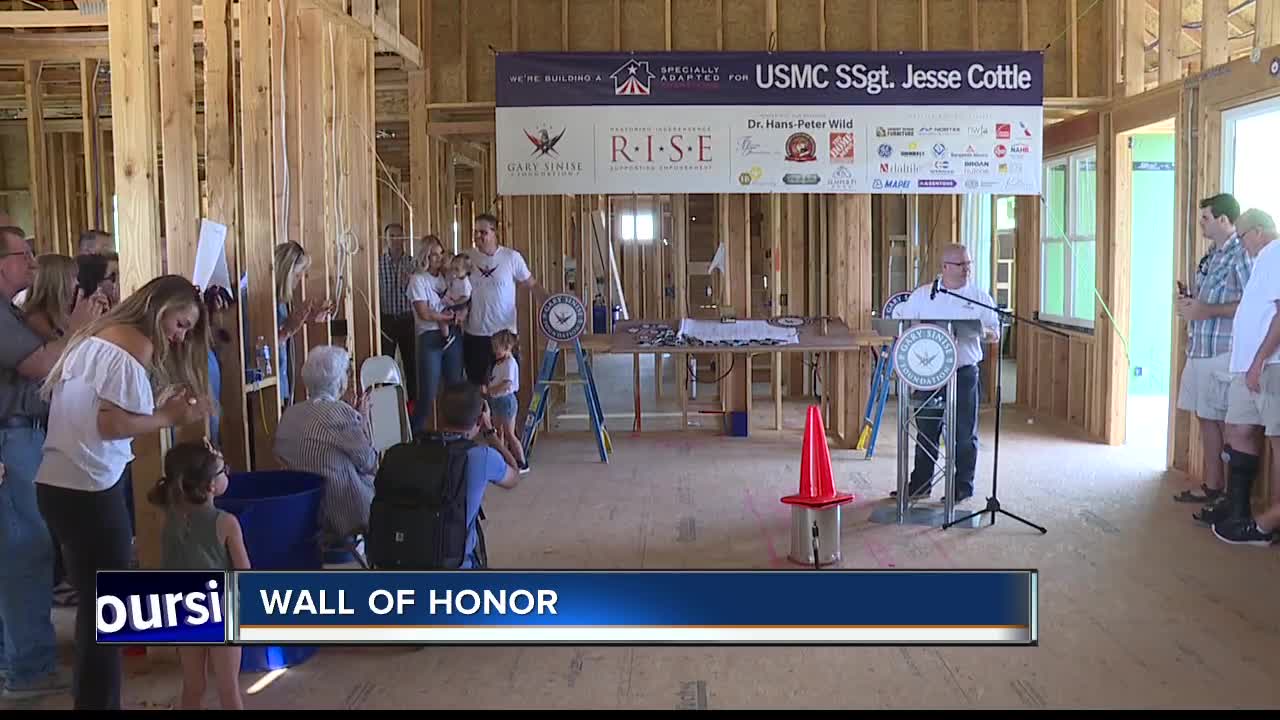 Actor Gary Sinese has made it his mission to help injured veterans, and Wednesday the Sinese Foundation held a "Wall of Honor" event for U.S. Marine Corps Sgt. Jesse Cottle of Eagle.

Veterans, community leaders, family, and friends were invited to write inspirational messages of gratitude on the walls of a brand-new, specially adapted smart-house currently under construction for Cottle and his family.

The Cottles currently live in a two story house that presents many obstacles for Jesse.

"The coolest adaptive feature of the house is probably the brains of the whole smart home," Cottle said. "Just how not only efficient everything is, but the intelligence of the house being able to operate everything from sound and lights, security system, cameras, locks, all from one tablet."

Cottle was injured in 2009 when his team was clearing explosive devices in Afghanistan and one denoted under him--blasting him into the air.

He was on his fourth deployment.