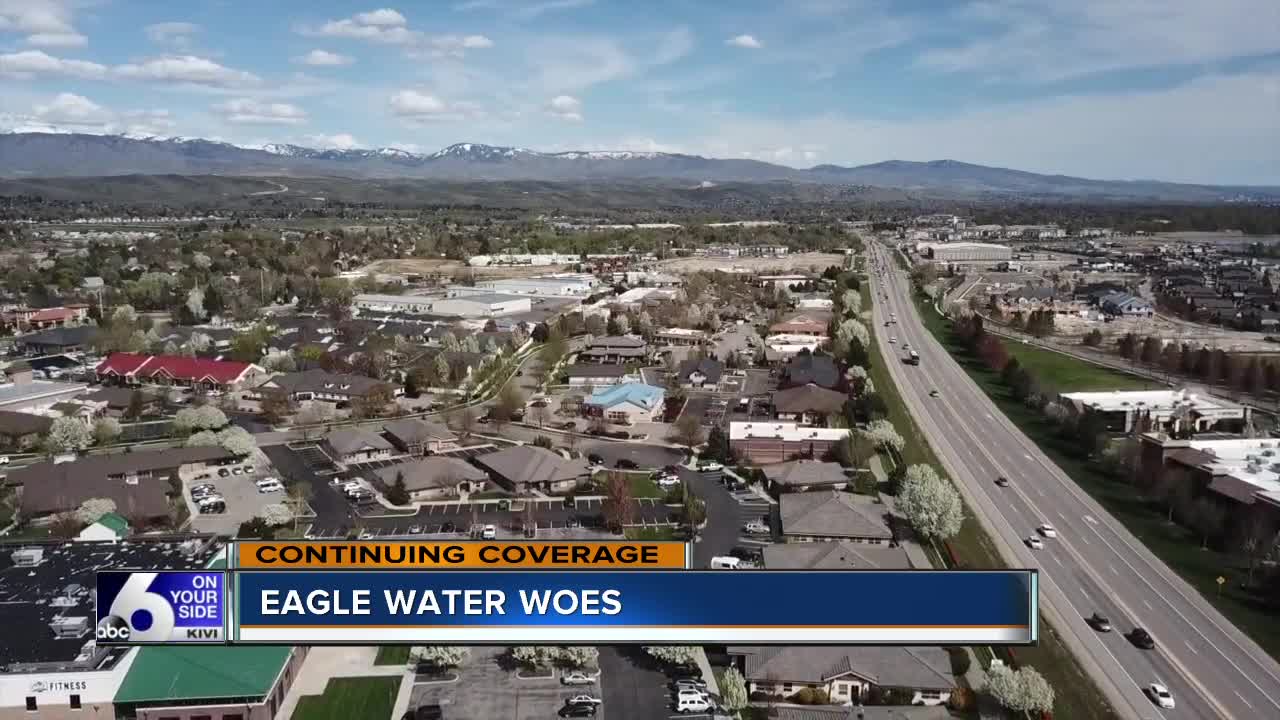 BOISE, Idaho — The debate over who will acquire Eagle Water Company continues to cause concerns, especially since the City of Eagle filed a lawsuit arguing they should get first dibs on Eagle Water Company’s sale. Today, a hearing was held at the Ada County Courthouse regarding that lawsuit.

SUEZ Water was approached by a third party in May of 2018 by the name of H2O Eagle Acquisition. That company asked SUEZ whether or not they would be interested in the purchase of Eagle Water Company.

As we reported previously, SUEZ filed an application to purchase Eagle Water Company’s assets in November of last year, and that brought up a lawsuit filed by the City of Eagle.

“I made the motion as a city council member that we need to have a right of first refusal to purchase Eagle Water; it adjoins the city system," said Norm Semanko, Attorney for the Eagle Water Customer Group and a former Eagle City Councilmember.

Here we are 11 years later, and Eagle Water Company does want to sell its assets, and SUEZ Water filed an application to purchase them in November of 2018, but the city says they weren’t offered that first right of refusal, so they filed a lawsuit.

“If the court says that the city of Eagle has the first right of refusal, then they’ll have an opportunity to try to buy it,” said Semanko.

But that decision is still up in the air. Eagle Water Company and SUEZ, an intervenor in the court case, argue that the first right of refusal agreement is too vague.

"It doesn’t have any property descriptions, it doesn’t refer to anything that would give you an exact idea of what the water system is,” said Jane Kreller, Spokesperson for SUEZ Water.

Eagle citizens are speaking up about the case as well.

“The Eagle water customer group was very concerned when they saw the filings by SUEZ, uh, proposing to increase the rates on customers of Eagle Water by 300 percent,” said Semanko.

A shocking percentage increase, but SUEZ said when you take a look at how little customers are paying currently, the increase would bring Eagle water customers up with the rest of the Treasure Valley.

Which SUEZ said will go toward improvements on the water system.

“There haven’t been improvements in many years, the rates have stayed the same. Whoever acquires the system is going to have to make improvements on the system," said Kreller.

At this point, the City of Eagle has not released what the rates would be if they are offered the first right of refusal and they purchase Eagle Water Company.

SUEZ currently serves 40 percent of Eagle customers, which equates to around 3,800 homes. Eagle Water Company servces around 4,200 homes, and the City of Eagle serves 2,700 homes.

Judge Steven Hippler said a decision in the case will be made in due time, but both sides are hopeful that will be within the next month.

We’ll keep you updated as the case progresses.