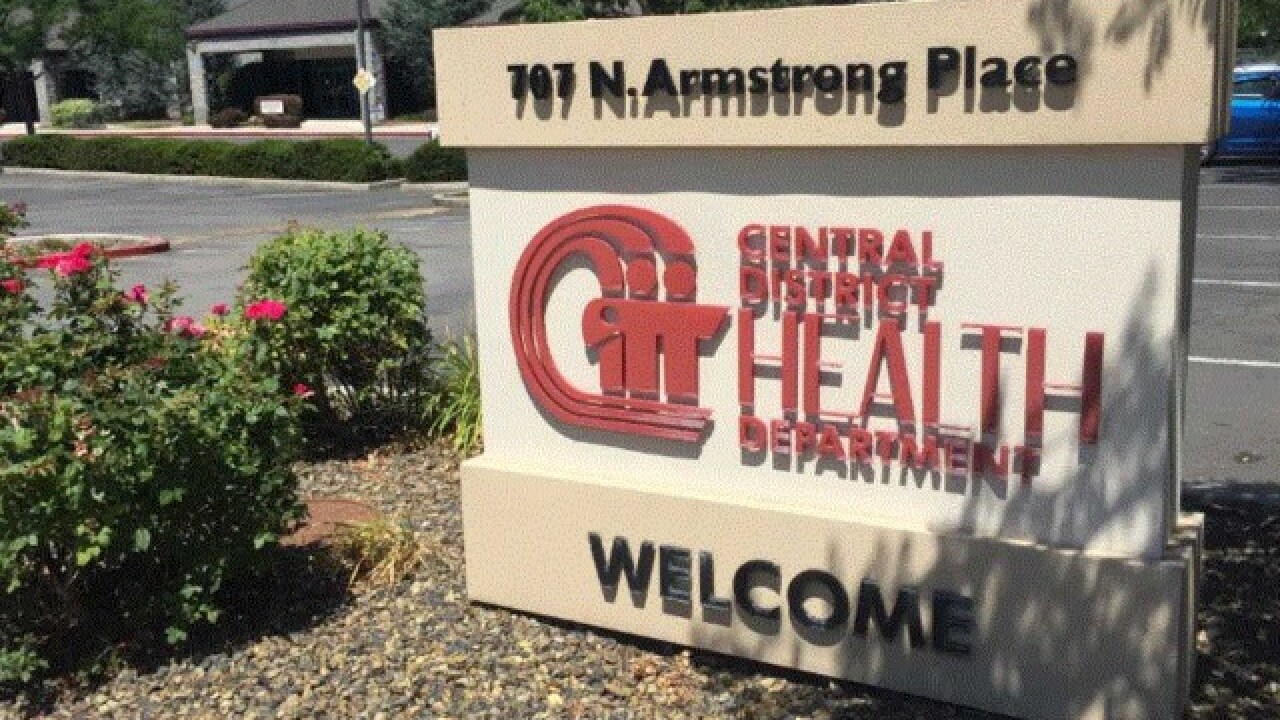 BOISE, Idaho — This article was written by Chadd Cripe, Audrey Dutton and Ruth Brown from the Idaho Statesman.

Central District Health could vote next week on an Ada County-wide mask requirement as coronavirus infections continue to spread through the area.

Russ Duke, director of the public health agency, said Tuesday during a Board of Health meeting that he wants to draft a mask order for consideration at the board’s July 14 meeting.

The mask requirement also could be expanded to Valley County because of how many Ada residents visit Valley in the summer, Duke said.

“It’s really an important point to go to the masking as a universal mandate, at least in what we can control, and that’s Ada County,” Epperly said.

The meeting was dominated by two other tasks:

The rest of Idaho remains in Stage 4.

The health care leaders warned that a growing surge in COVID-19 cases likely will continue unless something is done to break the inertia.

“Our modeling shows week after week increases because there’s nothing that we’ve been able to determine is going to change the trajectory at this point, given the collective behaviors of the community,” said Chris Roth, president and CEO of St. Luke’s Health System.

St. Luke’s had 51 patients with confirmed or suspected COVID-19 as of Tuesday morning, Roth told the Board of Health. Of those patients, 14 were in the intensive care unit.

St. Luke’s has a maximum ICU capacity of 89, but with non-coronavirus patients also needing intensive care, the system’s ICU beds have been running at about 130% of normal census, Roth said. Health officials worry that the current surge in cases would become unmanageable if the upward trend continues. St. Luke’s has seen a 20% increase in coronavirus-related admissions per week over the past three weeks, Roth said.

”In the last week, we’ve reached a new high-water mark, if you will, just about every day,” he said.

Saint Alphonsus Health System CEO Odette Bolano delivered stark numbers to the health board. The hospital has seen a significant increase in the number of hospitalizations, she said.

As of Tuesday, Saint Al’s had 27 people in the hospital with the coronavirus, six of whom were in the intensive care unit and one was on a ventilator.

Bolano noted that the treatment for COVID-19 over the last few months has changed, so ventilators are being used less. Instead, hospitals are using high-flow oxygen systems.

In the last two weeks, Saint Al’s has seen patients hospitalized in their early 60s and early 40s, she said.

Bolano said she was concerned by how quickly the case numbers are rising in the area.

“Our whole entire test system is overwhelmed at this point,” Bolano said. “We just got off a call trying to figure out how we manage the number of people wanting to be tested.”

The labs that examine the samples are also overwhelmed by the number of tests coming in, she said.

“We’ve got to be ahead of this issue,” she said. “We just can’t wait. We’re not going to get one patient at a time. We’re getting four or five at a time.”

CDH previously moved the county back to Stage 3 on June 26. It had announced that move earlier in the week but had to redo its order because of a violation of open meeting laws. The board voided and reissued the order again Tuesday for the same reason.

The rest of the state is in its second round of Stage 4. Gov. Brad Little is scheduled to announce what’s next for the state on Thursday.

Ada County has experienced a surge in cases even since the Stage 3 announcement with 195 new confirmed cases Tuesday, 190 Monday, 207 Sunday, 124 Saturday and 142 Friday. CDH’s criteria for moving stages included a stipulation that the county could be moved back immediately if the district had three straight 100-case days.

“The point about an exponential growth phase is that it can turn on a dime,” said Jim Souza, chief medical officer for St. Luke’s Health System. “The rate at which you can find a unit or units overwhelmed is staggering.”

Epperly said he believes Idaho is where Arizona was at one point, and he warned that Idaho could see the same crisis that is now playing out in Arizona.

If nothing changes, “this will develop into a full-blown situation where we have sickness and death,” Epperly said.