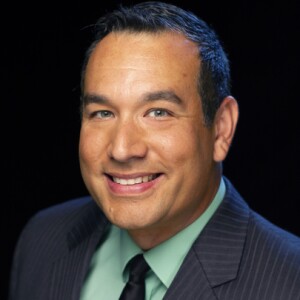 CALDWELL, IDAHO — While many 16-year old girls are worried about getting their driver's license or what outfit they're going to wear tomorrow, one Caldwell girl is thinking about who she is going to take down in the ring next. Six on your Side's Matt Sizemore introduces us to a young boxer who's making Idaho history.

Growing up in a family where her older brother and sister were boxers, 16-year old Alyssa Mendoza of Caldwell wasn't interested in getting into the ring until she turned 12.

It's a moment her father, who also happens to be her trainer, remembers very well.

"I won, yeah I won and after that, I was like ok now I'm taking this serious and now, I'm just gonna go," said Alyssa.

And go she did as she's put together a 28-12 record in the ring up to now, all while excelling in the classroom as a Junior at Middleton High School. And yes, her classmates all know she's a boxer.

"Usually when I walk around, people are like oh, don't hit me! Don't worry, I'm not gonna hit you," said Alyssa.

Last month, Alyssa made history. At youth nationals in New Orleans, she took down the number one nationally ranked female fighter in her weight class, not only earning her a spot on the USA youth national team, but becoming the first female in Idaho history to do that.

"All the work that I had gone through previously, like the four years, and then a whole bunch of personal stuff that went on, just a whole bunch of stuff flashed through my head. It was just, so many emotions," said Alyssa.

"To me, just to see her doing that, I really cannot explain it. I mean, we both we're hanging on, I mean, we were both crying," said Refugio.

During that championship bout, she says she had one thing running through her mind...being a pioneer for females all over Idaho.

"I wanna be kind of a role model for girls that look up to me. It was a big motivation for me, huge. I was like...I used that for motivation when I was fighting, when I got tired, I had that in the back of my head. I'm like, I gotta do this, I gotta do this, you know?" said Alyssa.

Now a member of Team USA, she's got her sights set on the biggest venue in the world; the 2024 Olympics, something her dad knows she'll be ready for.

"I just want her to become what she's supposed to be, and I know for sure she will be an Olympian," said Refugio.

And if she does indeed make the 2024 Olympics in Paris, this trailblazing 16-year old will be proud to let everyone know where it all started.

"I just feel like I gotta represent Idaho. When I go to nationals, when I see another Idaho fighter, I just wanna watch them. I want them to be representing Idaho, and when people watch me from here, they're like oh yeah Idaho. Go Idaho. So, I want to represent well," said Alyssa.

Before Alyssa can even think about becoming an Olympian, she's got plenty to do in the meantime. Next month, she'll ship out to Colorado Springs to train at the Olympic Training Center with the best athletes and coaches in the world before lining up another fight right here in the Treasure Valley in March.