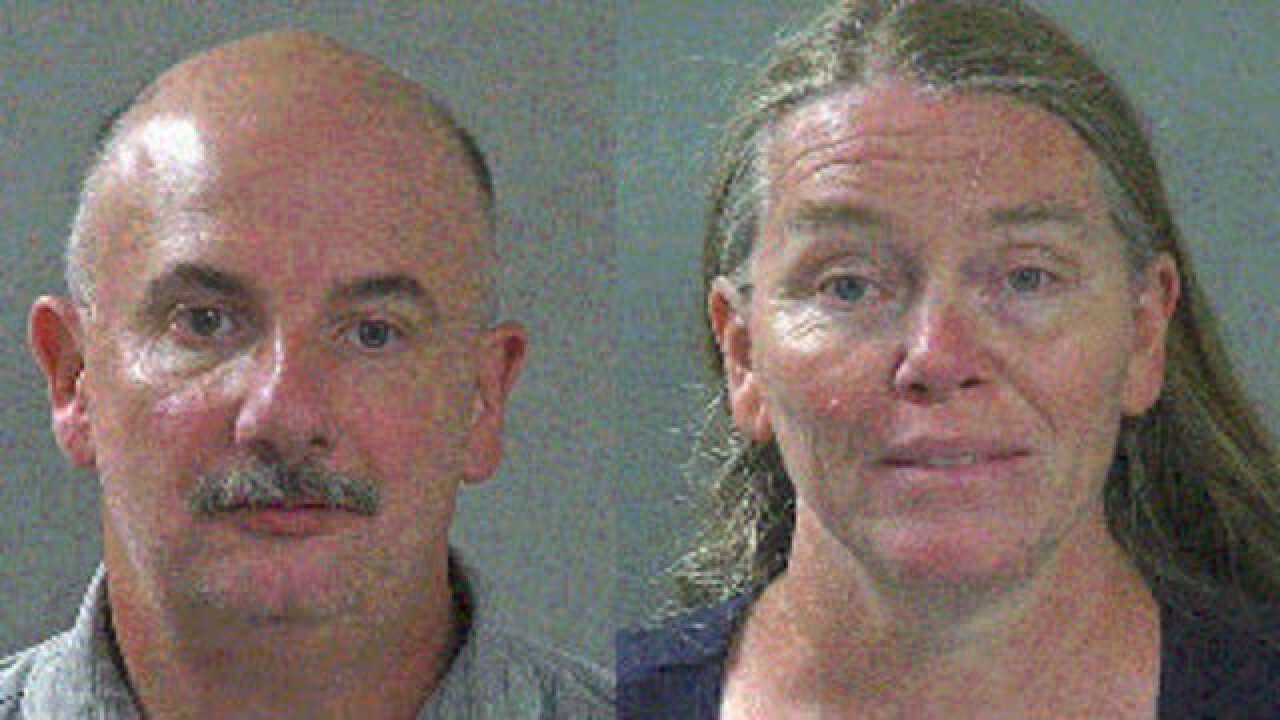 (Editor's note: Although the sexual abuse victims mentioned in this story have been identified in a Canyon County news release, it is the journalistic policy of 6 On Your Side not to identify victims of sex crimes. As such, we have chosen to identify them only a “family members.”)

A Caldwell couple has been arrested after authorities said the husband revealed to police he had abused multiple family members.

Lester Kester Jr., 48, and Sarah Kester, 50, were taken into custody Wednesday by investigators with the Canyon County Sheriff’s Office, acting on a tip from the Idaho Department of Health and Welfare.

“The Idaho Department of Health and Welfare’s Children and Family Services contacted the Sheriff’s Office on June 21st and informed detectives that (one of) the Kesters’ (family members) had reported being molested by (Lester) when she was a child,” said Canyon County spokesman Joe Decker.

Detectives conducted follow-up interviews with the victim, who reported the abuse and another of the Kester’s family members on the same day. During the interview, both family members reported being sexually abused by Lester “on multiple occasions when they were younger and that the abuse continued until each of them reached the approximate age of twelve,” Decker said.

They also told detectives that another one of their family members informed them that she, too, had been sexually abused by Lester when she was young.

The victims also reported to detectives they confronted Mrs. Kester about the abuse approximately three years ago -– “but nothing happened and law enforcement was never contacted,” Decker stated.

Upon further investigation, detectives learned that a fourth family member of the Kesters had been sexually abused by Lester as recently as two years ago.

Detectives were able to determine, through multiple interviews with the victims, that Lester had sexually abused the family members on numerous occasions for approximately sixteen years, beginning in 2000, said Decker.

During an interview with Sarah Kester on July 11th, investigators say she admitted to them she learned of the sexual contact between Lester and one of the victims approximately seventeen years ago, and again when she was confronted by her family members approximately three years ago. “Sarah told detectives that she didn’t report the abuse because it was against her belief system to involve agencies such as law enforcement, child protection services, or counseling services into personal or family matters,” Decker explained. “Instead, she said she attempted to protect (the victims) through praying for “the demon” to leave Lester and attempting to keep him busy with other tasks.”

Duringan interview on July 11th, Lester reportedly told detectives he had been consumed by a “bad guy” or a “demon” -- and admitted to various forms of sexual contact with all four of the family members until they were approximately 10-12 years old.

Both Lester and Sarah Kester are were booked into the Canyon County Jail.

Preliminary hearings for Lester and Sarah are scheduled for July 26 at 8:30 a.m. in Canyon County.