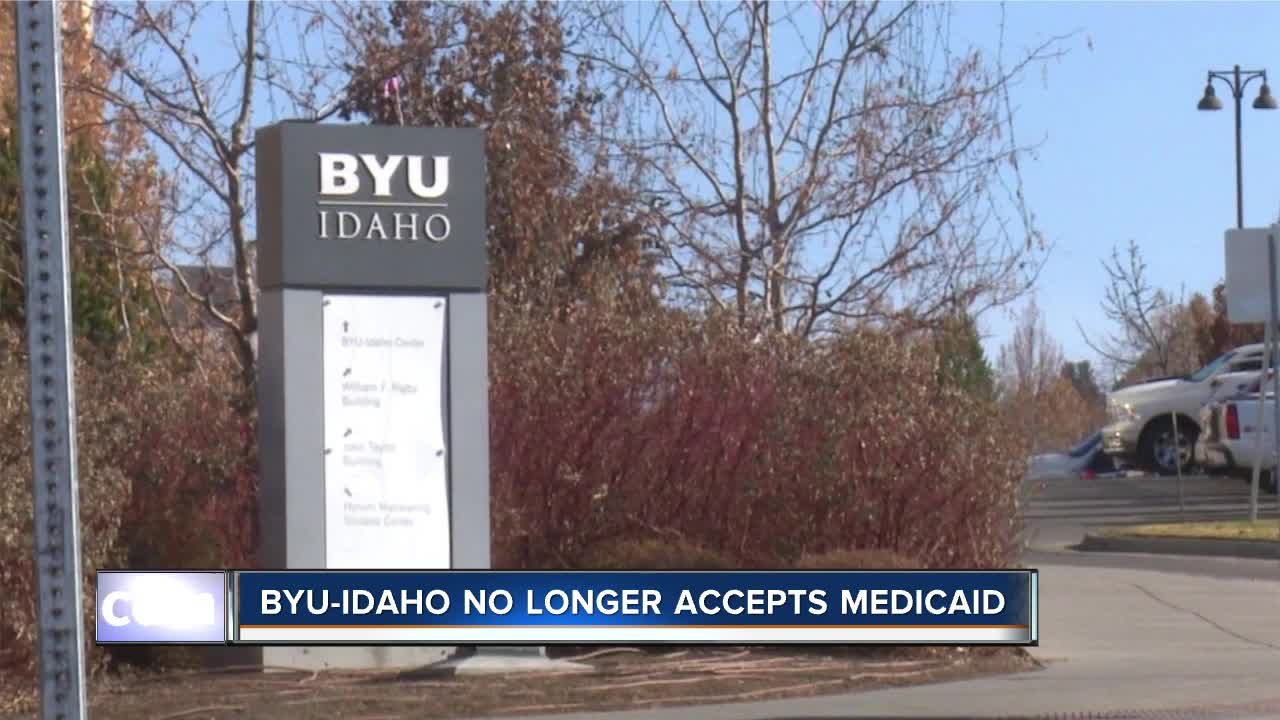 REXBURG, Idaho — Students on the eastern side of the state are outraged after learning BYU-Idaho no longer accepts Medicaid.

Students at BYU-Idaho are required to have medical insurance with coverage in the Rexburg area in order to attend the university. To fulfill that requirement, students either have to purchase BYU-I’s student health plan or provide proof of insurance through their own provider, but Medicaid is no longer accepted, and students say BYU-I didn’t tell them about this change.

“I feel like it’s more professional to be, to make students aware that they’re not going to be accepting these things like long before they’re trying to go register for classes,” said Cameron Doyle, a student at BYU-I.

According to the latest census data, 41 percent of Rexburg’s population lives below the poverty level.

BYU-Idaho has remained silent on the matter, so far not disclosing their reasoning behind the decision.

Whether or not this decision stems from guidance made by school officials or The Church of Jesus Christ of Latter Day Saints remains unclear. Six On Your Side reached out the the church's headquarters, and they told us to reach out to BYU-Idaho for reasoning behind the matter.

BYU, which is located in Provo, Utah, tweeted that it does still accept Medicaid as a substitute for its student health care plans. Utah also implemented Medicaid expansion this year.

BYU-I students started a petition to bring back Medicaid acceptance at the school.