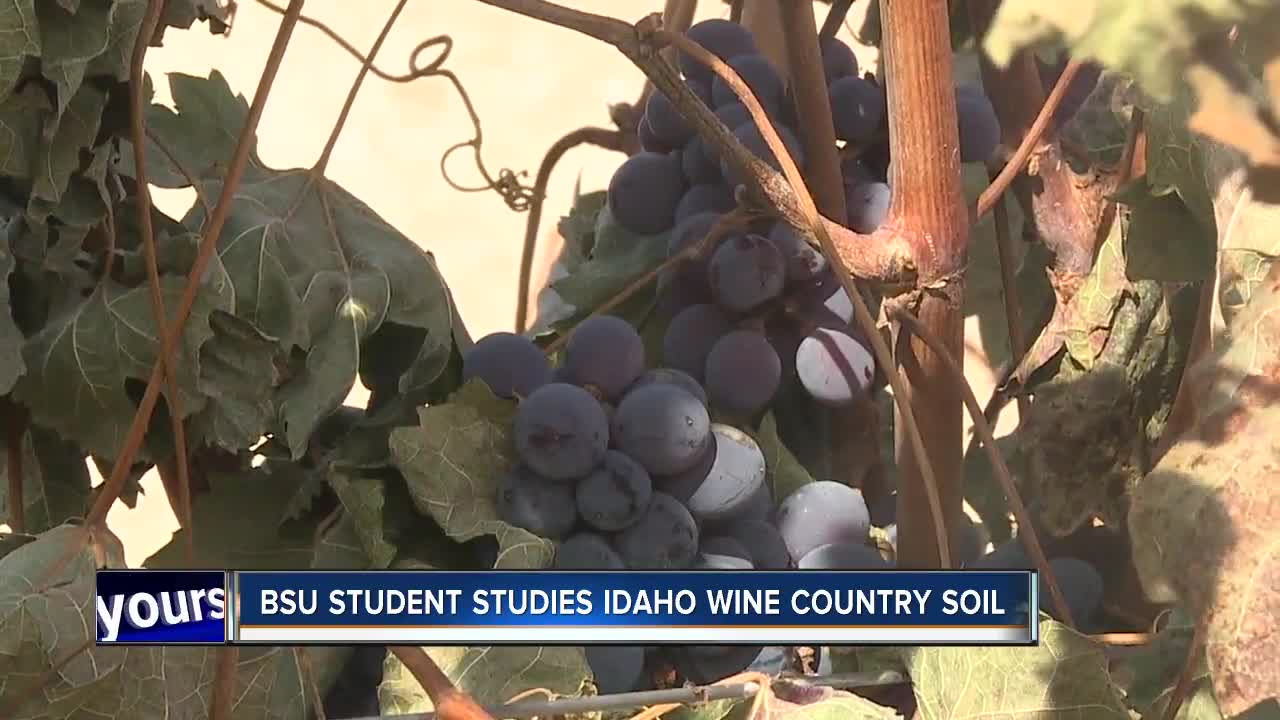 CALDWELL, Idaho — Researchers at Boise State are digging deep into the soil of several wineries across the Treasure Valley to see if there is a connection between an event that happened nearly 15-thousand years ago and the wines in the Snake River Plains.

That historic event was the Bonneville flood, and Rachael Haggen is already drawing connections between the effects of the flood and Idaho’s ideal agricultural and soil conditions, but her research is also uncovering a lot more.

It’s pretty obvious the soil in the Gem State must be fairly optimal when you take a look at all of the thriving agriculture here in Idaho Rachael Haggen’s question though, is why.

“Almost 15,000 years ago was the Bonneville flood, it was a massive discharge of water,” said Haggen.

And could it be that the sediments deposited by the Bonneville flood thousands of years ago are affecting agriculture today? Rachael and her team set out to find out, by digging multiple pits at several vineyards in the valley.

“In some of the vineyards there are distinct representations of that flood sediment,” said Haggen.

Like a vineyard in Melba, where Rachael found a gravel bar deposited by the flood.

“Water moves through that system a lot faster,” said Haggen.

But she also found vineyards throughout the valley which had a more compact mixture of silt and clay.

“Silt and clay will have water move through the system at a slower rate,” said Haggen.

But as far as the ideal growing conditions in Idaho wine country, she said there isn’t really an “ideal” soil condition.

“Vines don’t necessarily have an ideal soil texture. It’s the way that the vineyard owners choose to manage their vines based on the soil texture that they have,” said Haggen.

Good information for the winery owners, regardless. Rachael said many of them weren’t aware of the many different soil textures throughout their vineyards, so this research will help them know how much water their vines will need.