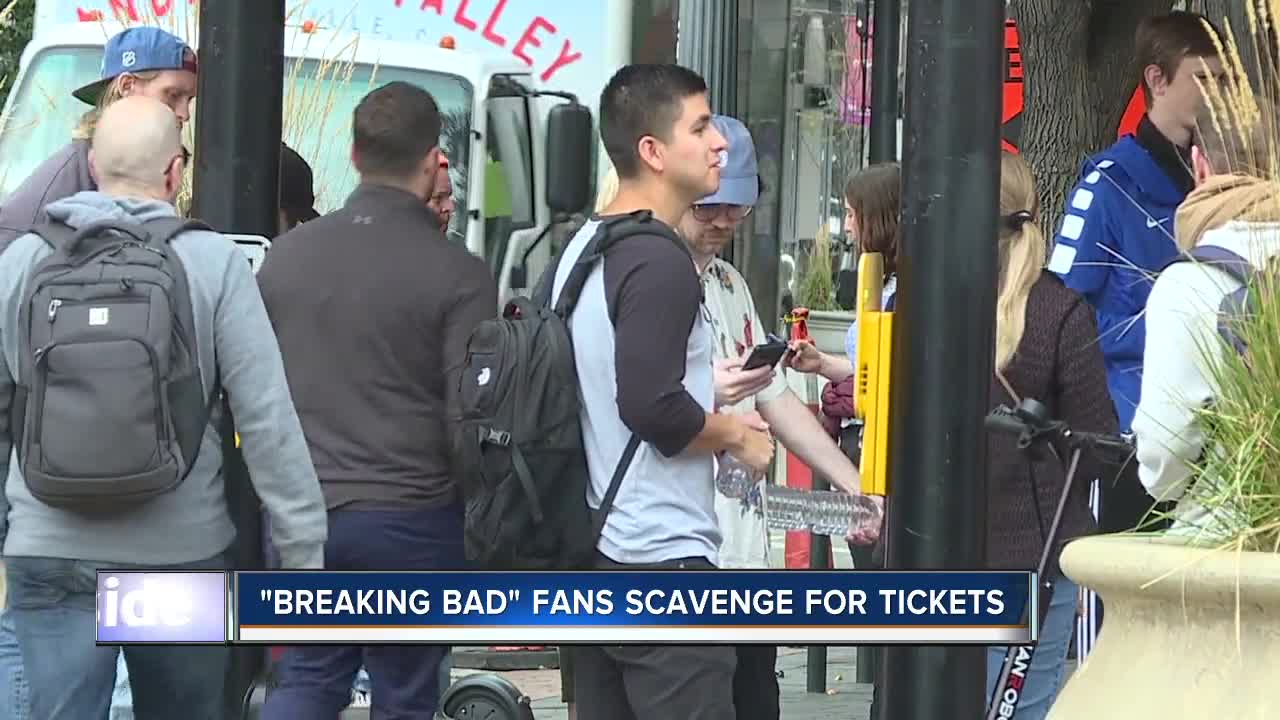 "Breaking Bad" star Aaron Paul has announced there will be a special screening of El Camino before it opens at the Egyptian Theatre, sending fans on a scavenger hunt around Boise for free hidden tickets. 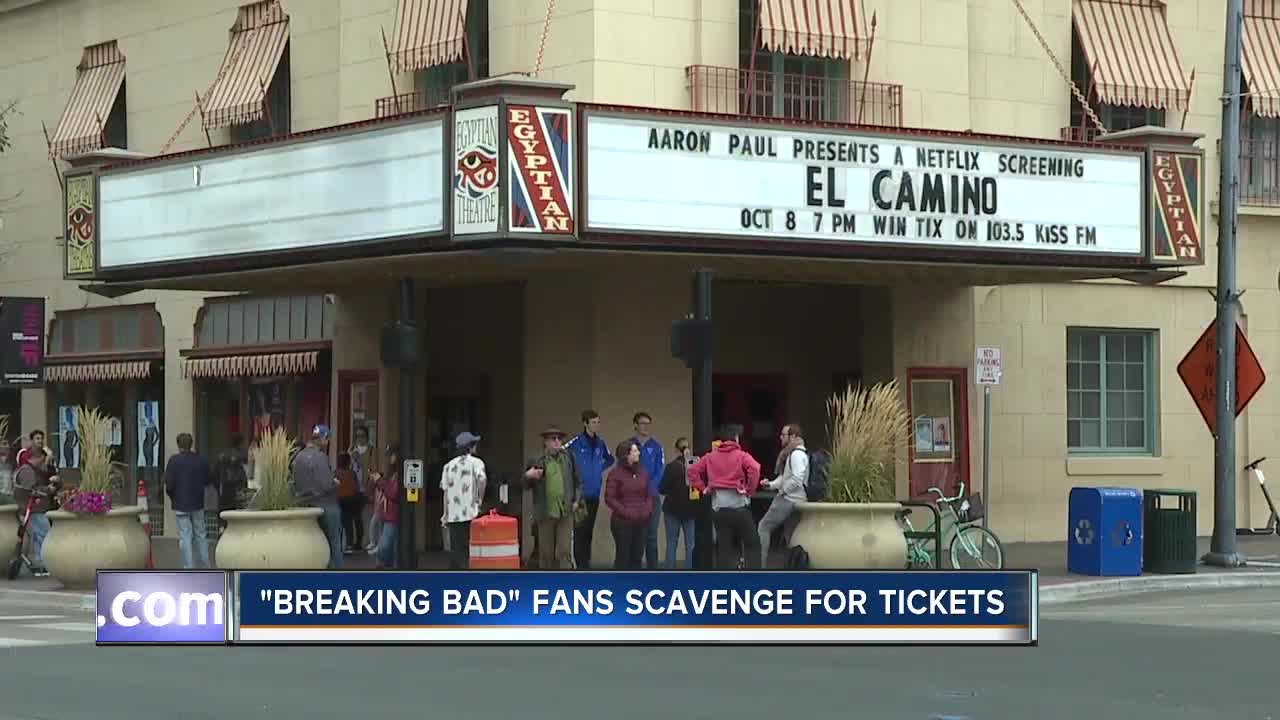 BOISE, Idaho — "Breaking Bad" star Aaron Paul previously announced there would be a special screening of "El Camino" at the Egyptian Theatre, far before it premieres on Netflix.

The screening took place Tuesday, October 8, at 7 p.m. at the Egyptian Theatre-- but there was a catch: you could not purchase tickets. The only way to get in was by winning them from local radio stations or finding them hidden around town the day of the screening.

Paul is best known for portraying Jesse Pinkman in the AMC series Breaking Bad. He was born in Emmett, Idaho and went to school at Centennial High School in Boise.

His first clue? Funyuns. Paul tweeted, "Find someone with a bag of Funyuns and steal it off of them." @NShadybrown on Twitter posted his find, but moments like these have been hours in the making for some of Boise’s biggest Breaking Bad fans.

"People are like putting math into this kind of thing-- they’re dedicated," said Nate Burr, a fan on the hunt.

Around 1 p.m., fans finally heard from Paul that the hunt would begin around 3-- but before that, was just hours of waiting and wishing.

Some event sacrificed their sleep.

It was never disclosed when the scavenger hunt would start— only that it would be the day of.

Michalowski says he thought it best to be prepared, so he started his hunt Monday night at 11.

“And was just trying to get my route down. And then, um, I kind of went til 2 a.m.," said Michalowski.

“And then I was down here... same kinda thing... nothing really changed. No one was really like suspiciously planting things. Um, so, I don’t know man.”

The hunt led folks all over the map.

“Somebody had posted, ‘We’re gonna go out to Emmett and hang out and see. Because, ya know, Aaron Paul is from Emmett, and they thought that might be a possibility," said Kristy Lussier, a fan on the hunt.

Fans said they’re excited to see where producers are taking the story line, including what Paul’s character Jesse has been up to, and— "I know everybody’s kind of waiting for that little Easter egg of like, ‘Is there a hint that there’s a possibility that Walter White is alive?” said Lussier.

Either way, Burr is just trying to stay positive.