She staged a meet-up while police waited nearby. 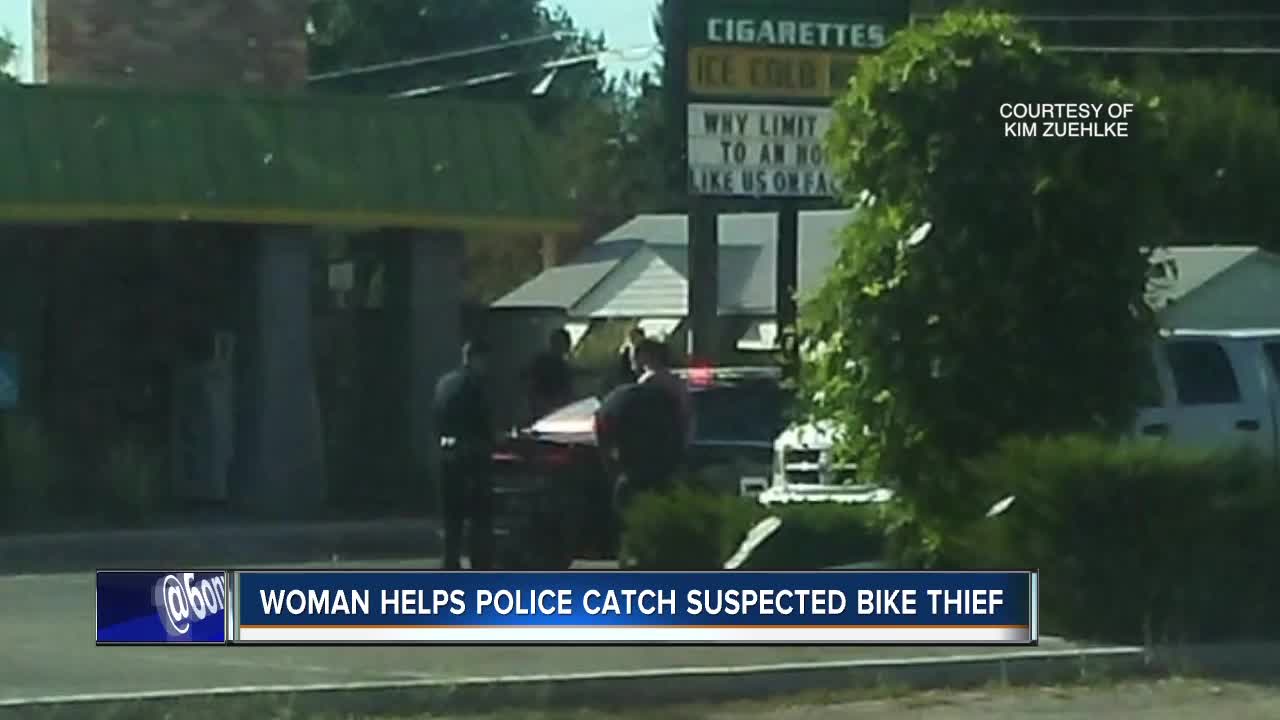 BOISE, Idaho — A man was in for a surprise when a Boise woman who suspected him of stealing her bike asked him to meet up with her under the guise of a transaction. Little did he know: she had been coordinating with police. And a surprising happy ending resulted thanks to a 6 On Your Side viewer.

Last week in Boise, Kim Zuehlke came home to make a disturbing discovery: her bike had been stolen from the side of her home.

"He got through up my driveway into my carport, and got down to look and see what we all had, and he just went in the very back and stole my bike," said Zuehlke.

She said she reported it to Boise police, and the very next day, she said, "I got a feeling to check Facebook Marketplace, and there it was! All of a sudden right there!"

She said there was no mistaking the characteristics of the bike and attached children's bike seat.

"And I messaged the guy immediately, saying, 'Hey, is this available?'" said Zuehlke. "And then I said, 'I have cash on hand.'"

She said he replied no, but that he had another bike for sale.

Coordinating with Boise police, she decided to take the bait. She staged a meet-up.

"He said that he's here, and he was gonna meet between the church and Big Smoke. And I sent back an, 'Okay,' but I never saw his message, because the cops swoomed in and got him right here and arrested him immediately," said Zuehlke.

Zuehlke said police told her they suspected this wasn't the first time he had done this. Boise police records show he had a warrant out for his arrest, resulting in a misdemeanor charge and a felony charge for burglary.

After 6 On Your Side aired our story in Tuesday's afternoon newscasts, a viewer saw the story, recognized her bike, and immediately contacted her. Zuehlke said they told her they have her bike! Tthey said they had recently bought it off the suspected thief, not knowing it was stolen property, according to Zuehlke. She added, now, that viewer is going to return the bike to her-- but she's letting them keep the children's bike seat accessory.