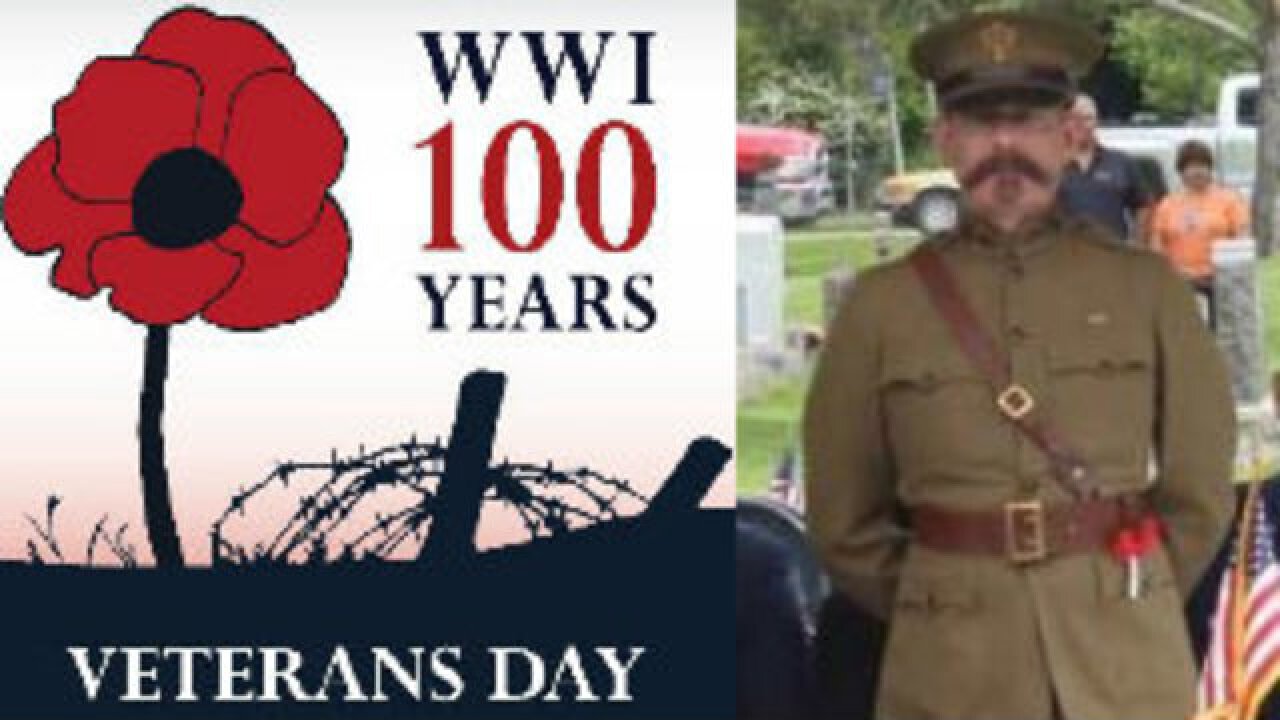 World War I, known at the time as “The Great War,” officially ended when the Treaty of Versailles was signed on June 28, 1919, in the Palace of Versailles outside the town of Versailles, France. However, fighting ceased seven months earlier when an armistice -- or temporary cessation of hostilities -- between the Allied nations and Germany went into effect on the eleventh hour of the eleventh day of the eleventh month. For that reason, November 11, 1918, is generally regarded as the end of “the war to end all wars.”

The 100th anniversary of the Armistice will be commemorated in Boise this Sunday with two events –- one at Veterans Memorial Park, the other at the Idaho State Veterans Home.

The Pioneer Chapter of the Daughters of the American Revolution will dedicate a new World War I monument in Veterans Memorial Park at 10:00 a.m. The memorial is a 12-inch bronze piece featuring the original art used to create the WWI Victory Medal, earned by every soldier who participated in the War. Its use was authorized by the United States Army.

"We were inspired to begin this project when we realized that Boise didn't have a World War I Memorial. Since this Veterans' Day is the 100th Anniversary of the WWI Armistice, this was the perfect time to make that happen,” said Pioneer Chapter Regent Janice Beller. “We are extremely grateful for the outpouring of support from local veterans' organizations and the City of Boise.  Even though our WWI Veterans are no longer with us, it is never too late to honor their service and sacrifice.”

The dedication ceremony will begin at 10:00 a.m. on Sunday, November 11 and will include remarks from:

-Terri Schorzman, Director of the City of Boise Arts and History Department

The ceremony will also feature a special performance by Cecelia Otto, a Northwest WWI-era style musician and performer.

The project earned an endorsement by the National WWI Centennial Commission, an organization dedicated to planning, developing, and executing programs, projects, and activities to commemorate the Centennial of WWI. This project was made possible from Special Projects Grant from the National Society, Daughters of the American Revolution and contributions from DAR members throughout Idaho’s eleven chapters.

Then, at 11 a.m., the public is invited to attend a Veterans Day ceremony –- honoring all military veterans, but with a special emphasis in remembering World War I -- to be held at the Idaho State Veterans Home, at 320 Collins Road in Boise.

The ceremony will also feature Jim Gould (pictured) in an authentic World War I officer uniform. Concluding this year’s program will be the Lament, played on bagpipes by Bud Lancaster of the Boise Highlanders. Larrè Robertson will sound Taps.