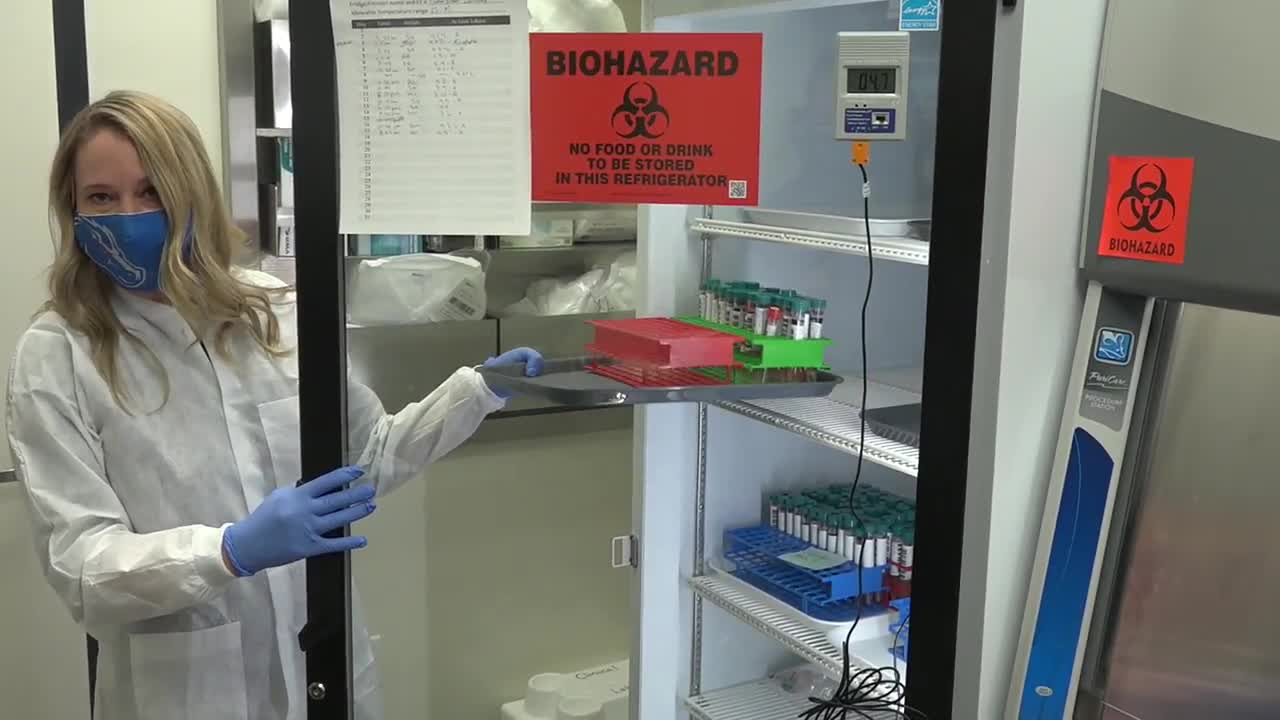 On October 13, Boise State University opened their first clinical lab on campus, this Clinical Laboratory Improvement Amendments (CLIA)-certified lab has been a game-changer on campus.

BOISE, Idaho — On October 13, Boise State University opened its first clinical lab on campus. This Clinical Laboratory Improvement Amendments (CLIA)-certified lab has been a game-changer on campus against COVID-19.

The lab allows for mass testing with same day or next day results, which has helped prevent a breakout in student housing, kept students, staff and faculty safe, and allowed the Broncos to return to the blue.

Stephanie Hudon earned her PH.D. in Biomolecular Sciences at BSU, but she started running this lab instead of doing her post-doc research.

"The investment that the university made to get the lab up and running has really given us the opportunity to keep our population safe," said Hudon.

We have been familiar with the testing program because to get inside Albertsons Stadium for a Broncos game; every media member gets tested for COVID-19.

It starts with a nose swab, and then that sample makes gets transported over to the lab in the science building, so far they've completed around 6,000 tests.

"We have been able to put a few fans in the football stadium after testing," said Hudon.

BSU chose to set up a sensitive molecular coronavirus test with a PCR process, which is significant because it is a test that can detect the virus in people who don't have any symptoms.

"We are often testing asymptomatic populations and some younger adults that may not have symptoms that cause alarm," said Hudon. "We can fit 94 samples per run."

Testing begins with removing the RNA (ribonucleic acid that can be found in all cells); from there, people in the lab search for three different targets of the virus using fluorescent probes and a machine called the KingFisher.

Once the results come in, the data gets uploaded onto a computer.

"It is kind of interesting, we can kind of tell what stage of infection someone is in by how early we start to see the curves on the computer," said Hudon.

Boise State has been able to have in-person learning this fall because of the university's precautions, but this lab has also made a big difference even if it has only been operational for about a month.

Moving forward, Boise State plans on expanding testing to communities in southwest Idaho, and they are working with the Idaho Department of Health and Welfare to figure out how to do that.

"So now that the lab is up and running, we actually have increased capacity to start doing community testing," said Hudon.