Boise State uses technology to study opponent before every game 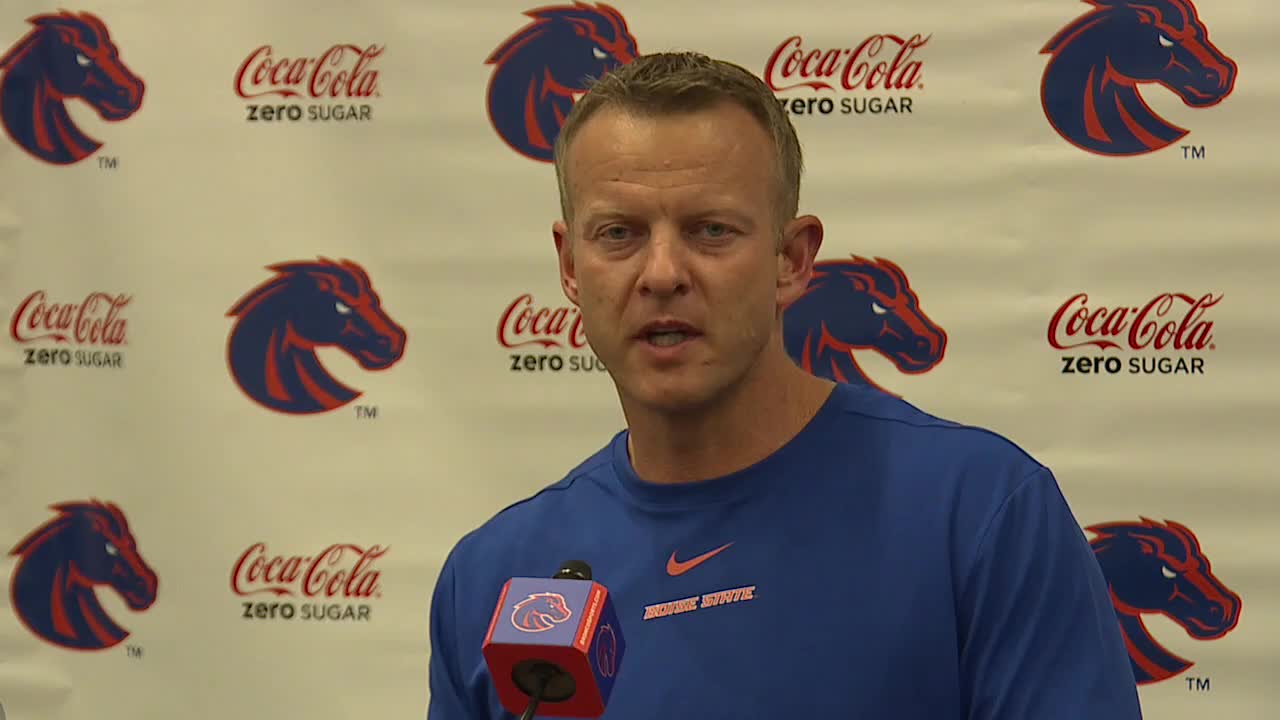 The Boise State Broncos overcame a 14-0 deficit against San Jose State, BSU rallied to a 52-42 victory to improve to 7-1 on the season while remaining unbeaten in Mountain West Conference play.

BOISE, Idaho — The Boise State Broncos overcame a 14-0 deficit against San Jose State. BSU rallied to a 52-42 victory to improve to 7-1 on the season while remaining unbeaten in Mountain West Conference play.

The 21st ranked Broncos now turn their attention to the Wyoming Cowboys, who they face on the blue this Saturday at 8:15 p.m.

Every week, Head Coach Bryan Harsin meets with the media to answer questions as his team gets ready for their next opponent, but what goes into that preparation?

The Broncos practice throughout the week, but BSU also places a huge emphasis on studying film of their opponent.

"You can sort it, filter it, and find all different things--and drill down to one specific play," said Harsin. "You see exactly what you want to see--go back however many years to watch something."

Technology has come along way since Harsin played for the Broncos back in the late 90s, making it easier to study film--and the coaches prepare clips for players to study.

"Players can go watch the five clips that are already cut out and sent to them on their phone," said Harsin. "Our coaches do a good job of putting that together, so no excuses."

The advance of technology goes both ways though, and Coach Harsin knows that Wyoming is doing the same as the two prepare to square off this Saturday.