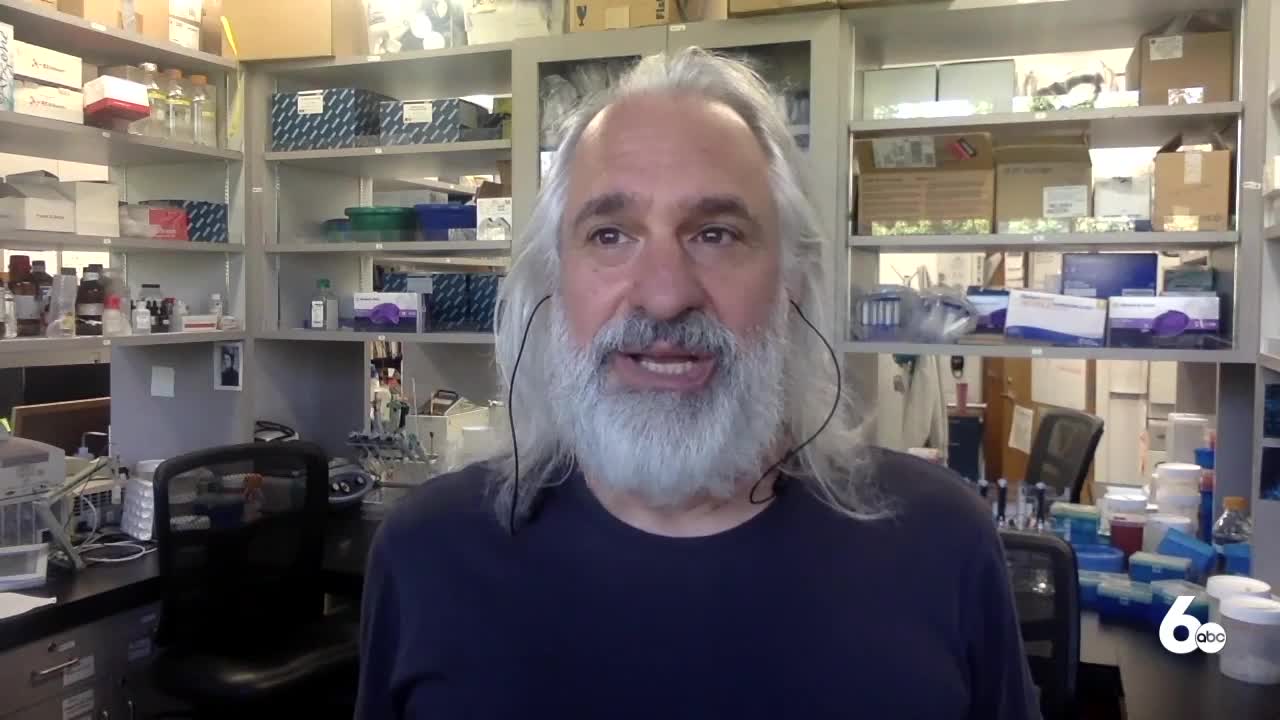 Lucino Hamilton was convicted of killing his foster mom in 1995, and after spending 26 years in a Michigan prison for the crime he didn't commit, Hamilton is now a free man.

BOISE — Lucino Hamilton was convicted of killing his foster mom in 1995, and after spending 26 years in a Michigan prison for the crime he didn't commit, Hamilton is now a free man.

“He came out, and he stopped, and then he just had tears in his eyes, and then I went up and gave him a big hug and he just like sobbed, and he held on to me, and I held on to him,” said Hamilton's lawyer, Mary Chartier.

He walked out of prison on Wednesday, Sept., 30 after Judge Tracy Green offered him an apology.

Hamilton was convicted based on another inmate's testimony that claimed he confessed to the murder while in a holding cell.

“The only evidence they had at trial against him was a false witness, a lot of people call them an informant or a jailhouse snitch,” said Chartier.

Several years after Hamilton's conviction, DNA evidence that was collected from the victim's nails surfaced after it was never submitted into evidence.

"When the state did the DNA analysis, the report came back from the lab saying it was inconclusive that they can’t make a comparison to Lucino," said Greg Hampikian. "I asked for the raw data, which is what we look at here on our computers.”

The DNA was sent to Hampikians forensic lab for further analysis.

“When I did that, it was clear to me that Lucino Hamilton was completely excluded they had made in my view an error, so I prepared a report and wrote an affidavit," said Hampikian. "It was the straw that broke the convictions back."

Most recently, in Idaho, his work helped solve the rape and murder of Angie Dodge that overturned the conviction of Christopher Tapps.

“It is so humbling to think that we get to work on such an important question on someone's life, and we get one shot at it basically. If we mess up or if we can’t find the answer, these folks are stuck, so that level of trust in our work is very inspiring," said Hampikian. "But it’s also frightening. I mean, I wake up in the middle of the night sweating over these cases of nightmares that someone has been falsely arrested or convicted.”

As for Hamilton, he now plans on being a voice for social justice reform.

“He is coming to me at such an exciting time, his voice will echo hallways because I can talk about the justice system all I want, but to have someone who has actually lived through it and who spent 26 years in for a crime he didn’t commit and nobody would take him seriously it’s going to be a powerful voice and people will listen,” said Chartier.

Hamilton also has a dream of getting married and having a family in the future.