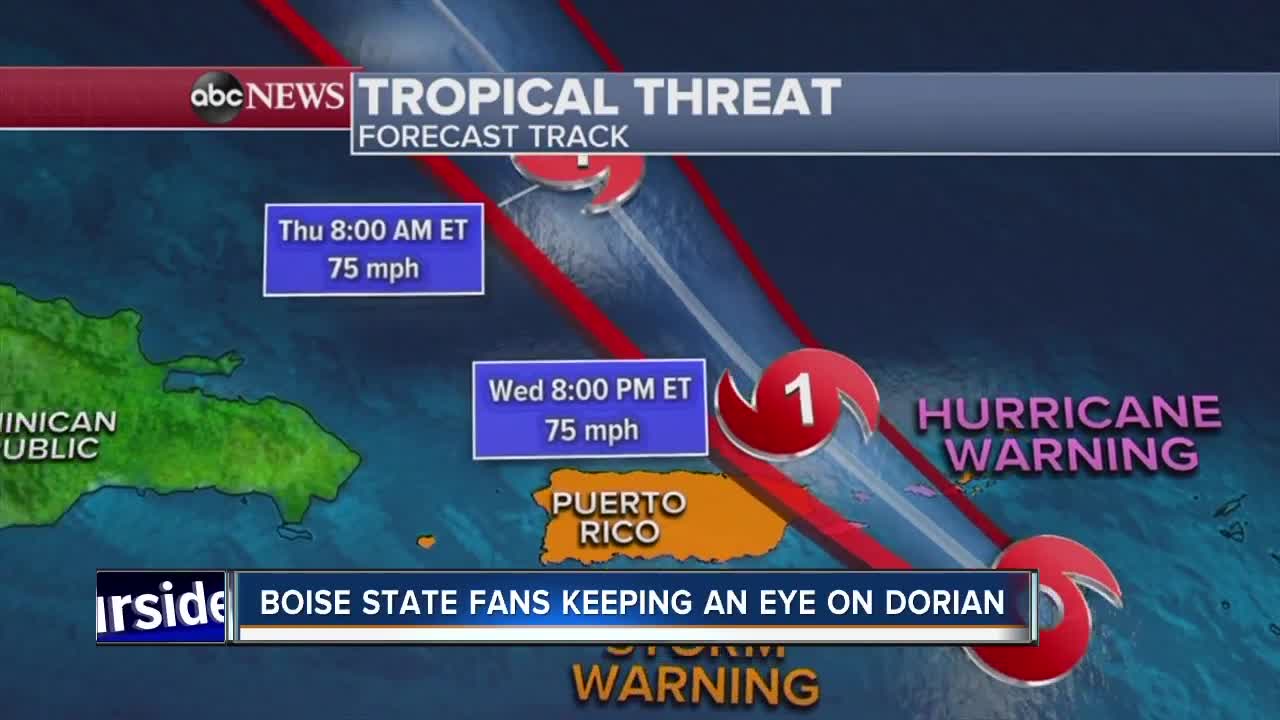 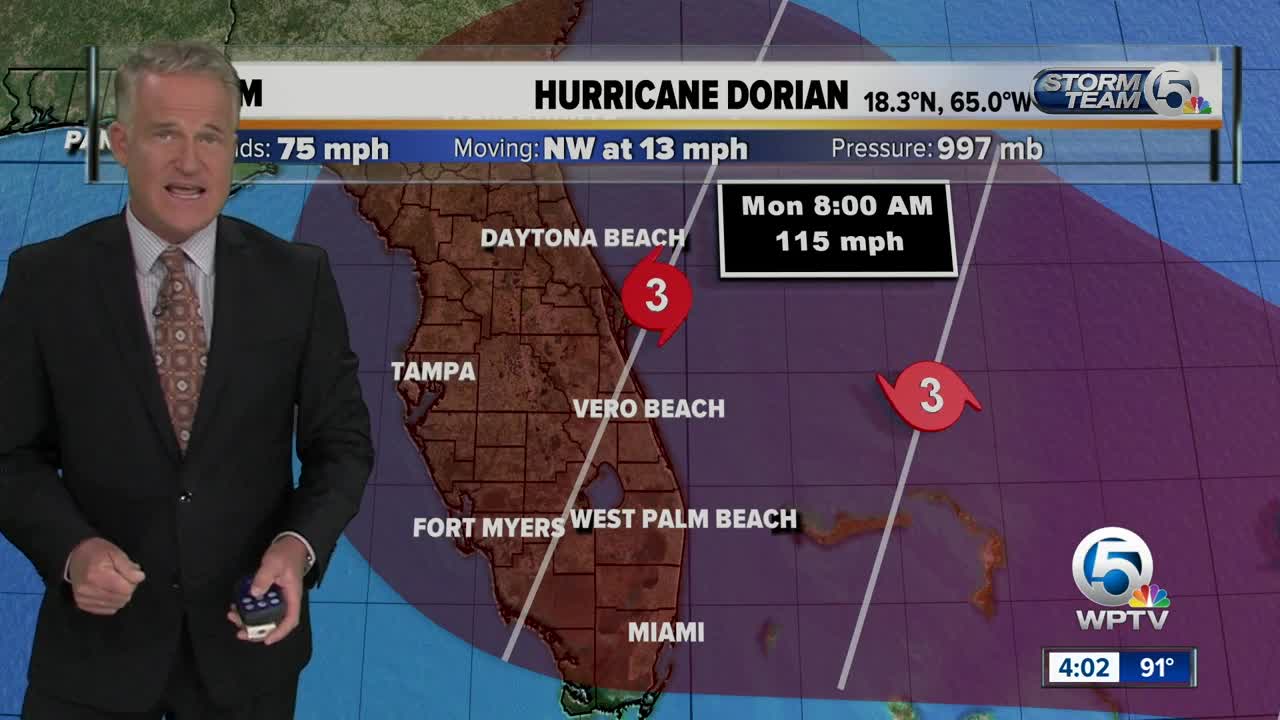 The approach of Hurricane Dorian is a definite threat to the team's season opener against Florida State. The storm was upgraded to a hurricane Wednesday.

The hurricane is expected to make landfall in northern Florida as a category 3 hurricane, and thunderstorms are expected in advance of landfall.

Most Boise State fans are scheduled to return home on Sunday when the storm could really be raging. So far, no change has been made to the schedule of the game, which is currently slated for 5:00 p.m. in Jacksonville.

Florida State says in a statement that "we continue to be in contact with the governor's office, our partners in Jacksonville and Boise State's athletics department. At this time, there is no change in the status of the game. We will provide an update Thursday morning."

Dave Harmon, with Harmon Travel, says several thousand Boise State fans generally make a trip of this magnitude, and he says travel insurance is generally not available for the tickets.

The Boise State football team is expected to travel to Jacksonville on Thursday. Florida state is slated to make the trip Friday.

If the game is canceled, it would be the second straight game for Boise State. Their bowl game was canceled last year just after it started because of a lightning storm.