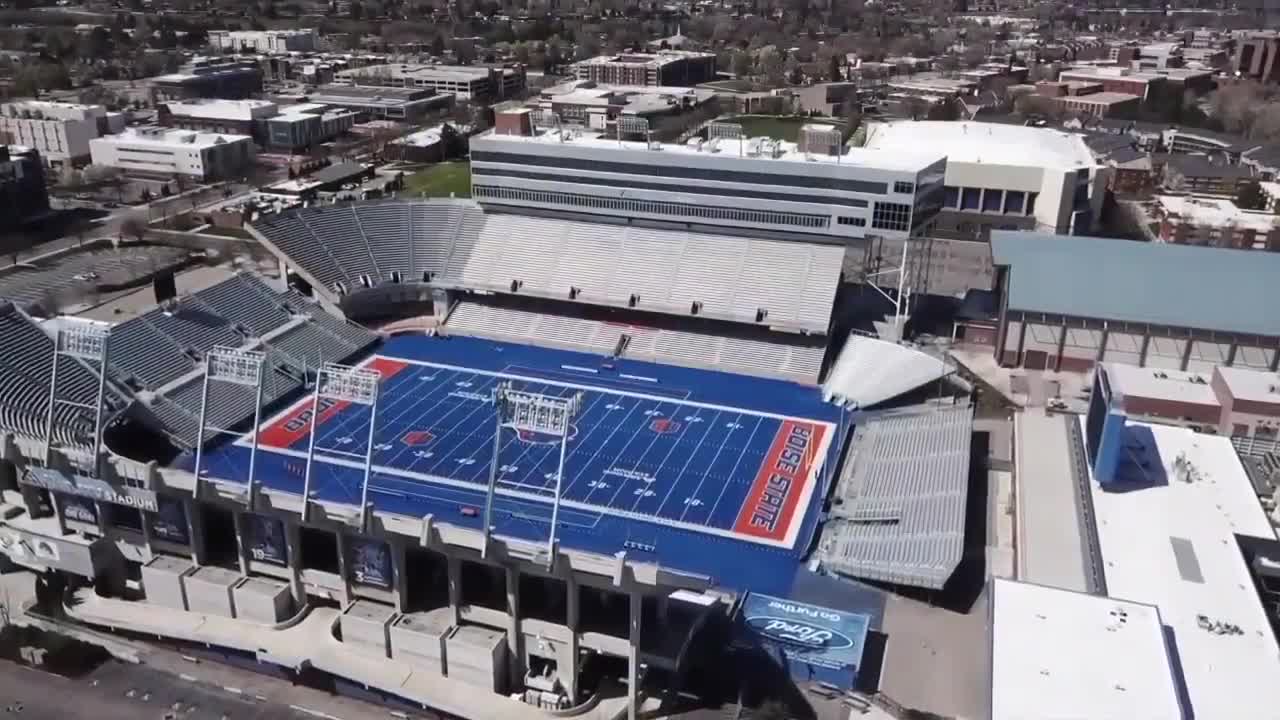 Boise State will play seven Mountain West Conference games plus a game against Brigham Young University and it all begins on the blue October 24th against Utah State.

BOISE, Idaho — It's already been a rollercoaster ride for the Boise State Broncos as their season got postponed until the Mountain West approved a shortened season.

Boise State will play seven Mountain West Conference games plus a game against Brigham Young University, and it all begins on the blue October 24th against Utah State.

But even though the pandemic has already affected their season, the Broncos continue to take safety protocols seriously as they work through fall camp.

"The pandemic has literally affected everybody in this world," said Safety Evan Tyler, who is entering his sixth season at BSU. "It's a weird situation, but you just have to grow up and develop because we want to keep everybody safe, but we also want to play football."

Tyler's career at Boise State has been marred with injuries, he tore his ACL twice, but he is currently pursuing a Master's Degree in Athletic Leadership.

"A lot of the guys call me OG now, they call me the seasoned vet," said Tyler. "If I had a dollar for every age joke, I'd probably be a millionaire right now."

Tyler is part of the safety and nickel position group that returns Kekaula Kaniho and Tyreque Jones, but Gabe Franklin the coach of that room, told us everybody needs to be ready, especially during the pandemic.

"It's the unknown like the false positives and all of that you got to adjust to," said Franklin. "Guys have to be ready that is the main thing for us right now and everybody in the country that is playing football."

Tyler has experienced a lot at BSU, including the Cotton Bowl getting canceled, last year opener against Florida State getting moved because of a hurricane and now the pandemic.

On October 24th, the Broncos will experience another first when they play on the blue without fans.

"Coach Harsin always says BYOE, bring your own energy," said Tyler. "As much as we want 37,000 plus fans in Albertsons Stadium, that is not going to happen, so as long as we bring that energy as a team, we will be very successful."

The 2️⃣0️⃣2️⃣0️⃣ Schedule is here!