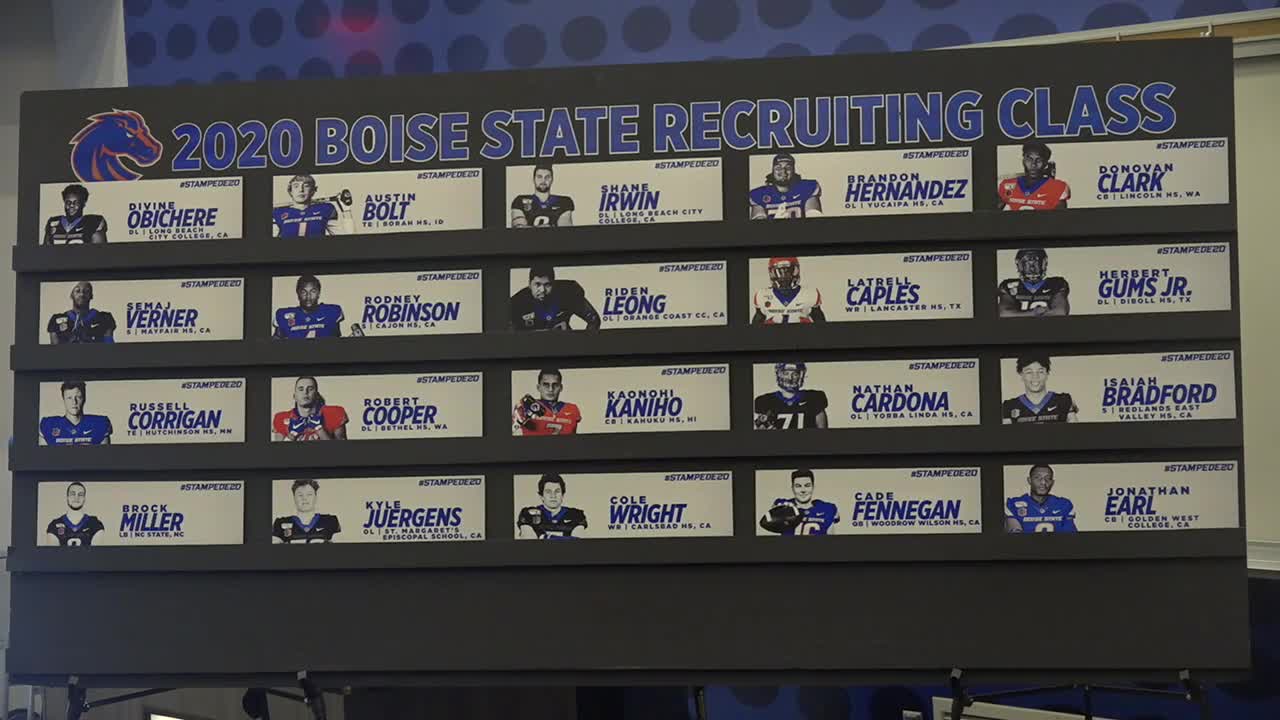 The Boise State Broncos officially announced their 2020 recruiting class and 20 players make up another strong class for BSU.

The 2020 class features 16 freshman including the Idaho Gatorade Player of the Year Austin Bolt from Borah High School in Boise, Bolt is slated to play at tight end.

The other 15 freshman come from all over the country stretching from Washington to Minnesota down to Texas over to California and across the Pacific to Hawaii including Kekaula Kaniho's younger brother Kaonohi.

“I think the snow is appropriate for today, it is kind of like Christmas," said Boise State head coach Bryan Harsin. "These guys when they get on campus they are going to do well academically, represent our university and play some pretty good football.”

Boise State also got some experienced players with NC State senior linebacker Brock Miller who reminds Harsin of Leighton Vander Esch in terms of his ability to run down plays.

Jonathan Earl brings a big physical presence to the cornerback position, Earl is a junior college transfer who also comes to Boise from North Carolina and the team brought in three community college players from California.

The Broncos signed one quarterback, Cade Fennegan went to high school in Dallas but has spent the last two years on a Mormon mission down in Argentina.

Eight of the recruits will play on the offensive and defensive lines, a spot where Boise State lost a lot of players.

To learn more about the 2020 recruiting class who come in with a cumulative GPA of 3.12 click here.