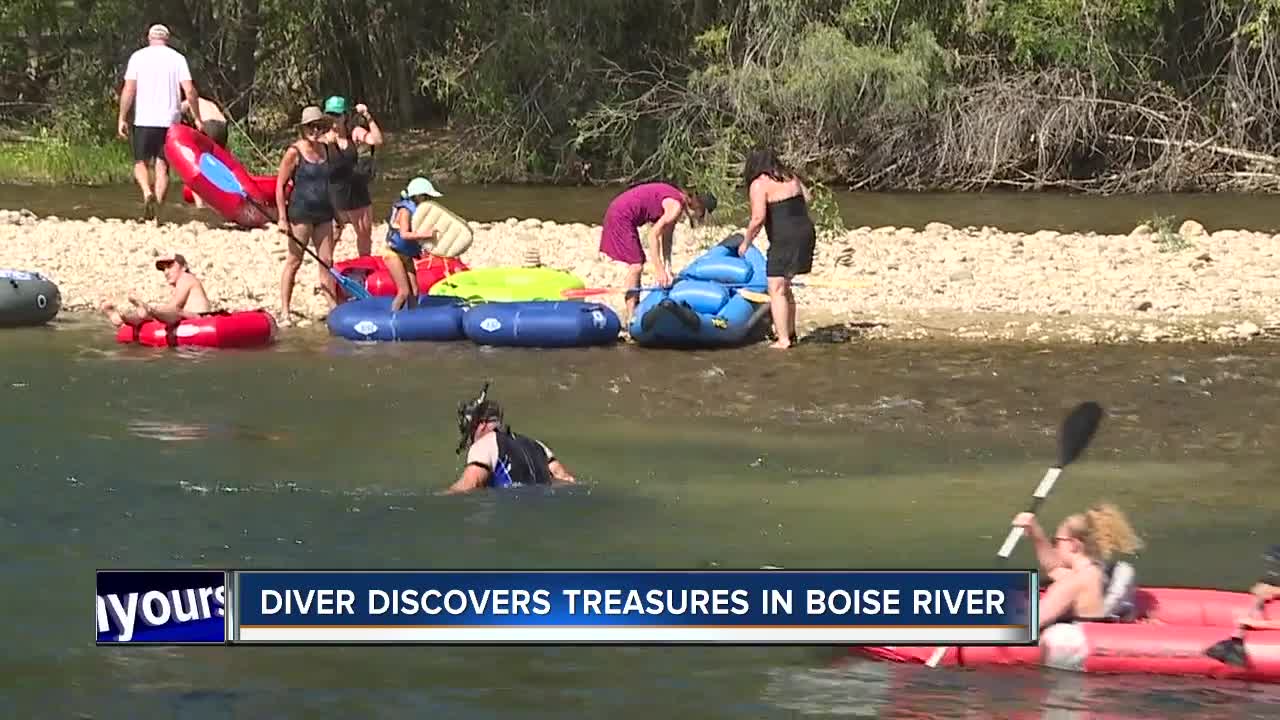 It's not uncommon to lose an item or two when you're floating the Boise River.

BOISE, Idaho — It's not uncommon to lose an item or two when you're floating the Boise River.

No one knows that better than Rocky Detweiler. He loves diving in the water, and every day he finds a whole bounty of hidden treasures. Sunglasses, money, cell phones and wallets are just a few of the common finds, but Detweiler doesn't keep the treasures for himself--he tries his best to find the rightful owner, almost like a real life Robin Hood.

Valuables aren't the only thing Detweiler finds. There's lots of trash too.

“Oh man this is like flip flop city here, holey smokes," Detweiler exclaimed. "We are just going to get them out of the water. They are everywhere!”

Trash and sunglasses are pretty run of the mill finds, but sometimes, Detweiler runs into items he can't believe.

“The coolest thing I’ve ever found ever was a $25,000 prosthetic leg," Detweiler said. "I started thinking, 'I want to find a home for this.'”

Detweiler reached out to a local prosthetic leg company in Boise, who were able to find a serial number. From there, Detweiler was able to track down the owner of the leg, Josh Hawkins.

“Losing a limb is kind of like losing somebody close to you," Hawkins said. "Once you get a prosthetic it kind of fills that void and becomes a part of you.”

Hawkins lost his prosthetic leg on the 4th of July after he jumped off a bridge into the river. When the leg came loose and sank to the bottom of the river. Hawkins was sure his leg was gone for good.

“I was really surprised--I was never expecting to see it again," Hawkins said.

Detweiler's contagious love for his community made it easy to see: we live in the greatest place in the world.

"It's just like an incredible feeling to give back," Detweiler said. "This community that we are in is the most incredible community about giving back."